I’ve always loved reading fantasy novels and the way the author could transport the reader to another place, but I’ve always wondered what our world would be like with magic. When I discovered the urban fantasy genre I got a taste for what I’d been craving and I realized that other people liked those stories too.

When adding magic, or the paranormal, to our world it’s not enough to just dump it in because if the magical element has been there all along our world would be different somehow (even if the magical element has been hidden for some and known to others there would be changes). The first thing I had to do when thinking about the world I was building in Warlock in Training (which was admittedly when I had written a chunk of the first draft) was what had changed and what hadn’t?

The Warlock College is clearly corrupt and while I don’t for a moment think having magic makes some one good or bad, I do think having access to power can make some people want more. Magic is just another level of power and those that have it want to restrict it and control it. The country Angus (the human hero) lives in is very regulated and the news is highly filtered, not that he realizes that at first, after all his country and its rules are his normal and he doesn’t know any better. But he does ask questions because he can see the changes and something just doesn’t add up…

I wrote up a little history of the globe and magic, and demon based magic (which is a more heavy duty version of regular magic). How have borders changed? What wars were fought? The spread of religion would be different. Not only that but not everyone would be pro-magic. Some countries would ban all magic and kill the users, some would allow only non-demon magic. There would be magical governing bodies and places set up to study magic. Countries that broke the magical rules would be subject to sanctions.

One small change lead to ripples that reached around the globe. So there are no countries that you would recognize. America was partially settled by the Vikings (because I have always loved the idea that they discovered it and made a colony) so some of it became Vinland. The Mayan Empire never died out because the Spanish never arrived. Even Australia’s history got changed, because the Dutch got there long before the British (who are no longer British because they got colonized). The Abrahamic religions never made it out of the Middle East (because the surrounding countries had magic and didn’t believe it was bad or that demons were inherently evil because they were magical).

What does all of these have to do with magic in the book (aside from me clearly overthinking the whole impact of magic on our world thing)?

Well, Warlock in Training (book 1 of the Studies in Demonology series) is our world but through a window so warped by magic that it’s almost unrecognizable. 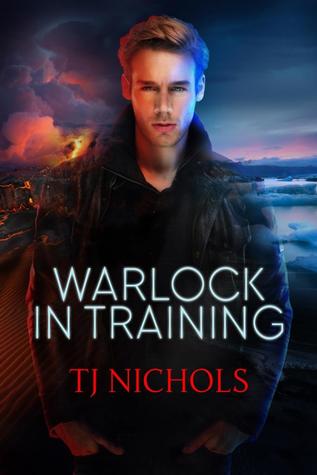 Angus Donohue doesn’t want to be a warlock. He believes draining demons for magic is evil, but it’s a dangerous opinion to have—his father is a powerful and well-connected warlock, and Angus is expected to follow the family tradition.

His only way out is to fail the demon summoning class. Failure means expulsion from the Warlock College. Despite Angus’s best efforts to fumble the summoning, it works. Although not the way anyone expects.

Angus’s demon, Saka, is a powerful mage with his own need for a warlock.

Saka wants to use Angus in a ritual to rebalance the magic that is being stripped from Demonside by warlocks. If Angus survives his demon’s desires and the perils of Demonside, he’ll have to face the Warlock College and their demands.

Angus must choose: obey the College and forget about Demonside or trust Saka and try to fix the damage before it’s too late. Whatever he does, he is in the middle of a war he isn’t qualified to fight.

TJ Nichols is an avid runner and martial arts enthusiast who first started writing as child. Many years later while working as a civil designer TJ decided to pick up a pen and start writing again. Having grown up reading thrillers and fantasy novels it’s no surprise that mixing danger and magic comes so easily, writing urban fantasy allows TJ to bring magic to the everyday.

With two cats acting as supervisors TJ has gone from designing roads to building worlds and wouldn’t have it any other way. After traveling all over the world and Australia, TJ now lives in Perth, Western Australia.