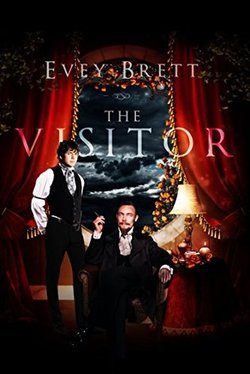 When John finds himself wandering along a muddy road, he has no idea how he got there or why he’s covered in bruises. The only clue is the uniform identifying him as a footman from the nearby Rothingham Hall – and the mere thought of returning there terrifies him.

Slowly, John begins to piece together his past, but once unsettling truths come to light, he must risk everything in order to end a legacy of fear and suffering – and to prove his loyalty to a man he’s forbidden to love.

The blurb tells almost the whole story. John is found stumbling down a dark road, bloody and bruised. He has no idea how he ended up there. Something happened, and while he doesn’t know what it was, he knows he has to keep going. He’s terrified until a carriage pulls up alongside him and he sees Lord Vanderley and his footman, Michael. Recognized by both, he somehow knows not to fear them. Lord Vanderley offers John protection and care for his wounds.

For some reason John can’t remember anything that happened before he was rescued on the dark road. He knows it was something horrible but has no idea what. When Lord Vanderley offers him a position in his household John accepts it eagerly.

With time all of John’s wounds heal except two seeping wounds on his neck. Along with the wounds, he has horrific nightmares night after night. A stranger starts appearing in the darkness of John’s room. This stranger helps John sleep and also helps him discover other things about himself. He may not remember what brought him to Lord Vanderley’s estate, but he knows his body reacts to a man’s touch. Each time the stranger leaves John is able to sleep peacefully.

Everything is going well for John. He takes to his new position and gets along with Lord Vanderley and his staff.

Then a certain guest of Lord Vanderley arrives and John’s fears return with a vengeance. He doesn’t know why this man affects him so but he does know the all-consuming fear he has just knowing the man is under the same roof. There’s also a connection between John and this man but elaborating on that would give the story away.

This had the perfect amount of paranormal. I love how the stranger would show up to comfort John and to pull him out of his nightmares. The few sexual situations were written well enough. I just wish there would’ve been a little bit more. I’m normally the first one to not read a book about a character with amnesia. I’m not a fan. However, it worked in The Visitor. Had it been a longer story and dragged on and on I might feel differently. I liked John and Lord Vanderley and Michael. The story had just enough mystery to keep me interested. What I didn’t like were the amount of typos scattered throughout the book. Had this been self published I probably wouldn’t mention them. It wasn’t. It was published by an actual publisher. Only after I finished reading the story did I notice there’s actually a typo in the blurb as well. Probably not a big deal to most, but something I noticed.

Overall, this was a nice, quick read. I kinda wish it would’ve been a little longer but I didn’t feel like I missed anything when it ended. I don’t think I’d classify this story as a gay romance, though I guess it is in a way. You’d have to read the book to see what I mean.

Oh gees, there is a typo in the blurb. That is appalling. I won’t read books with typos in their outline, that’s how much of an issue it is to me. You’re kinder than me. However, the book sounds good, reminds me of an historical Dracula reimagining or two I’ve read/seen.

Love the review. No spoilers yet enough to make a reader want to pick it up if they’re so inclined.

I know, right? A typo in the blurb. The story was actually quite good and not much different from the imaginings I’ve seen or read as well. Nothing really new but written well enough (minus typos) where it sucked me in. I enjoyed it.