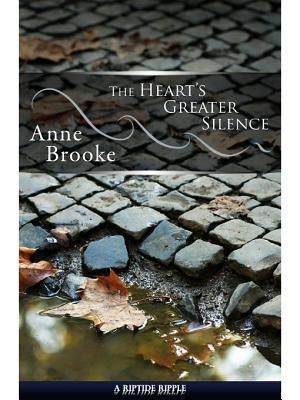 Mark isn’t sure he believes in love, especially when he finds himself torn between two very different men: his reliable boyfriend, Craig, and his illicit lover and priest, Richard.

Mark knows what he should do, but he can’t bring himself to give Richard up. The sex with Richard is unlike anything he’s ever known with Craig, and he hungers for it as much as-if not more than-the truer intimacy he finds in his boyfriend’s arms.

When Craig discovers his betrayal, Mark is forced to look at his life more closely, but the path to self-knowledge is never an easy one. Richard seeks the way back to God, but Mark finds no solace there. Can he ever discover the truth of his own soul, or is he too afraid of what he will-or won’t-find inside his heart?

The basic premise is already given in the official blurb. I just want to be self-indulgent and throw my thoughts out there.

Here’s what I took out The Heart’s Greater Silence –

First of all the story is from Mark’s POV. All characters were well utilised in the space available. The boyfriend, Craig, was not mentioned much, just enough to add some extra emotion to the plot. Richard, the Priest/Minister, knew what he wanted, but was waylaid by sex with Mark for a while, which was no hardship, per se, until Mark and he were caught. Then it became real.

Whilst it didn’t need to be, I would have loved this to have been a full length book. I would have enjoyed being sucked into the vortex of each characters psychology. Do I want to be fed more? Maybe, but I love character interactions. I can’t help it, I love profiling them. I wanted to know more about Craig, Mark and Richard. I wanted to see the beginnings and the full machinations of the overlapping relationship, with Mark in the middle, in more depth.

Anne Brooke is one of my favourites. I love the picture she always paints in her books – of a town, the people, the streets, the body language of the characters. Body language is an integral part of communication and not every writer can do this well, if at all. I like the fact that her writing is quirky, realistic and (I believe) comes from someone with keen observational skills. I also like the fact that in her books she doesn’t tend to go the road-most-travelled route, she is more adventurous. I liked that there was a religious character involved, that Mark’s boyfriend, Craig, didn’t know about his other lover, until he caught them. I liked that it forced an outcome of sorts. Mostly, I liked that Mark is like quite a few people, he just can’t make his mind up as to where he should be, what’s right for him, and then laments his actions. But you know he’ll probably find himself in this same position again – Mark is like a hangover, “I’ll never drink anymore” (or any less *snicker*). So the ending was perfect for who Mark is – unclear, unsure, but lots of possibilities.