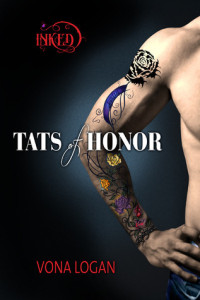 Kegan Andrews has a unique way of showing his life to the world. He does this in the form of tattoos.  Each tattoo signifies love, loss or a special event in his life.  There’s one for his mother, the woman he is engaged to, his cousin whom he has just lost to suicide.. among others.  Each new lifetime event means new ink.  His entire life can be seen simply by glancing at the ink on his right arm. The story begins at the burial of Justin, Kegan’s cousin who died by his own hand.  Justin and Kegan were closer than brothers.  Finding the body and knowing he had pulled away in recent weeks fills Kegan with so much guilt that he is barely able to function.  He and his fiancee, Helen, had been planning a trip to New Zealand since long before Justin’s death and Kegan feels by getting away for awhile that he may be able to come to terms with the man’s death.  At the absolute worst time possible, Helen pulls a disappearing act and Kegan is forced to go on vacation alone.  When he lands he discovers that her betrayal goes beyond skipping out at the airport.  Determined, he makes the most of his holiday away from work, Helen and constant reminders of Justin.

Dominic Lewis has been mourning the untimely death of his long-term partner Alex for two years. He barely functions.  He doesn’t date, doesn’t go out and feels as if he should have died right along with his partner of fifteen years.  He purchases a new home with the hope that by having no shared memories there with Alex that he can begin to heal.  A surprise visit by an old female friend helps to push him in that direction.  When Lisa shows up Dominic is forced to step away from his memories to entertain her during her visit.  On one outing, they accidentally run into a tourist who Lisa immediately sets her sights on.  Unfortunately, this tourist seems to only have eyes for Dominic and for the first time in two years Dominic is beginning to feel something other than pain. This tourist is Kegan Andrews.

This book started out very well.  It literally starts with Kegan burying his cousin and best friend. My heart broke as Kegan himself placed the dirt in the grave, not stopping until the job was complete. Going to New  Zealand was to be his own way of healing.  Helen pulling her disappearing act was a blessing in my opinion.  My heart also broke for Dominic and I was eager to see him finally pull himself out of the hole he had thrown himself into after the death of Alex. When Kegan and Dom met I was expecting some kind of chemistry.  Unfortunately I felt nothing. Throw Lisa in the mix, who is doing everything short of raising her dress for Kegan, and my interest in the story plummeted quickly.

I tried to enjoy this story as I am a sucker for seeing two broken men find each other to become whole.  It is relatively short so I did not expect a lot of details to be thrown in but I did expect to see more of the two main characters together.  Lisa takes up entirely too much of the story. Yes, she is the one who eventually brings Dom and Kegan together but it’s because she herself has her sights on Kegan.  She annoyed me.

Then there is the fact that Kegan is just coming out of a four year relationship with a woman and has done nothing more than experiment once with a man up until now. No relationships with men. I saw no indication of him ever wanting to be with a man (aside from a quick experience in college). Suddenly he sees Dominic for the first time and he falls head over heels in love with him almost instantly.  I didn’t feel it… at all.

Over a period of a few days, Dominic, Kegan and (of course) Lisa spend a considerable amount of time together. Dom and Kegan have no real alone time together because Lisa is always around trying to get into Kegan’s pants. The way Kegan eventually lets her down is laughable and a bit offensive.

Kegan and Dom kind of play around a little and of course Dom panics and practically runs away.  I got that. Really. This is the first man he’s been with since the death of Alex so I could see where he was coming from.  It was all that happened in the days that followed that I could not see. Nothing from there on worked for me at all. You suspend belief when you read fiction.  I get that. However, there is suspending belief and there is “No fucking way” and this book totally falls into the latter, especially toward the end.

This book had so much potential and I hate that it did not live up to it for me.  The dialogue, the descriptions, a tad of paranormal and a little psychic ability from a dead man on top of the relationship that I felt just wasn’t. Something also occurs with Kegan’s mother that I had a hard time buying into.  I love the story behind Kegan’s tattoos and they are described beautifully.  The cover is amazing.  However, the story simply was not for me.