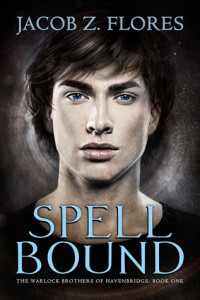 Mason Blackmoor just can’t compete with his brothers, much less his father. They represent the epitome of black magic, strong, dark, and wicked, and though Mason tries to live up to his respected lineage, most of the spells he casts go awry. To make matters worse, his active power has yet to kick in. While his brothers wield lightning and harness the cold, Mason sits on the sidelines, waiting for the moment when he can finally enter the magical game.

When a dead body is discovered on the football field of his high school, Mason meets Drake Carpenter, the new kid in town. Drake’s confident demeanor and quick wit rub Mason the wrong way. Drake is far too self-assured for someone without an ounce of magical blood in his body, and Mason aims to teach him a lesson—like turn him into a roach. And if he’s lucky, maybe this time Mason won’t be the one turned into an insect.

Not surprisingly, the dislike is mutual, and Drake does nothing to dispel Mason’s suspicion that the sexy boy with a southern drawl is somehow connected to the murder.

If only Mason didn’t find himself inexplicably spellbound whenever they are together, they might actually find out what danger hides in the shadows.

I probably need to start off with saying ‘this is not always my bag baby’. The whole new adult theming is getting a little tiresome for me as a reader, although in saying that I enjoyed a lot about this book.

Ok, so there are covens of witches, warlocks, wizards, and the story takes place in your average Massachusetts town of Havenbridge.

Mason is trying to find his place in a world where his species has been hunted to near extinction, he’s surrounded by power. His family forms part of the protector covens. At home, his brothers don’t miss an opportunity to rib him for his magical inadequacies. Not only that, he is yet to realise his power. What will Mason’s power be and why hasn’t it revealed itself? Will Mason be forever the embarrassment who can’t master his spells?

The Blackmoor men are strong, proud warlocks whose magic they must guard from humans to remain undetected and continue guarding the ‘Gate’ – a responsibility they share with the other protector covens of Havenbridge. Having lost their mother to cancer six months prior, at eighteen, Mason attends high school much like any other teen; his tough guy MO puts him with the rough diamonds. This is where he meets the southern-drawling, hot new guy Drake Carpenter.

They grate each other from the beginning, but the attraction is there and what 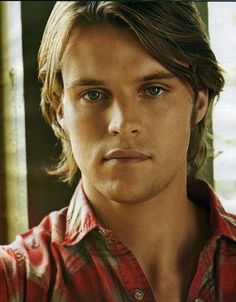 I found cute was that all of a sudden the tough guy exterior Mason worked so fervently on is broken down by the development of their relationship. Suddenly Mason is more like any other teen, he’s attracted to Drake and his friends call him out on his denial. I loved that his friends just cut to the chase and said ‘you’re gay, so what? Let’s get on with it’.

The town is rocked by recent deaths, there is an evil presence and Mason soon realises that he and his family are a target. In an effort to protect Drake and those he loves Mason must find his power and soon. The covens must figure out if magic is involved in these deaths and if it is, they will bring their own justice.

I loved that Mason was the black sheep of his family, I loved that Drake called him out on his bullshit. Drake made Mason more aware of his environment, heightened his senses if you like, and finally brought out the power in him.

Meeting him had triggered the inner warlock within me. I had more control over my spells, and my active power, whatever the fuck it was, had finally kicked in.

“From the moment I saw you, I knew you were special. I also knew you were a cocky motherfucker.” A sly smile spread across his lips as the bricks he’d erected stated to crumble. “But that’s just who you are. That’s what makes you Drake Carpenter, the boy I tried not to like but ended up falling in love with.”

This is a story about loss, grief and healing. Both Mason and Drake are dealing with loss and together they realise that they can face anything. They both have a legacy to uphold and until now maybe hadn’t seen the light at the end of the tunnel.

Before Drake, I’d fashioned myself based on what I thought my family or the other covens thought I should be – strong and powerful. And while I was still those things, probably even more so now, I’d also found strength in being vulnerable and just being me. Because after all, that was what being in love was all about.

on, it seemed that chaos followed Mason everywhere and he wasn’t above throwing down and giving us readers a little eye candy moment. Phwar!

I think if you are into the whole Supernatural sub-genre and you enjoy a gratuitous mind ogling of super sexy, succulently sculpted men then you would probably enjoy this book. I wouldn’t normally choose a high-school based romance but given the MM theme I jumped at the chance. I love those awkward early stages of romance you get from first timers who are still trying to figure out how it all works. I would say the first time sex that these guys have may have been a little ambitious, but hey? Who am I to say how much cock a guy can take the first time round?

I LOVED Drake, he was a quiet unassuming beauty and he really did bring out the best in Mason (a pretty lovable dude too.) All round a deserving 4 Stars.

ARC provided by the author in return for an honest review.

Nice review, Judy. It’s so good when the writing/author can make you a believer in the story being told. Oh, and that cover? I have MAJOR cover love for this book 🙂

I really enjoyed your review, Judy. It seems like an interesting read. Like Kazza, I love that cover. 🙂

Thanks Kaz and Cindi,
That cover, phwar! He’s got the bedroom eyes and the very tasty looking lips, right? I could take a bite out ‘o that!
Thanks for your comments.