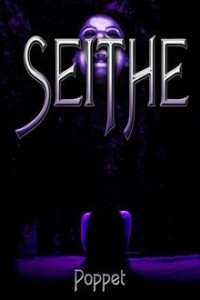 Not your standard paranormal. For the open minded and those looking for a very interesting read.

Well, wasn’t this book a trip! First of all, just viewed as a paranormal alone, Seithe is very interesting, and quite unique in a number of ways. Yes, the word Vampyre is thrown out there – blood is a commodity, to be drunk, used as a medium for data transference. However, they are not stock standard Vampires. My thoughts the whole way through Seithe were of The Nephelim. Either way it’s doesn’t matter. Either way it’s a paranormal, but with so much more going on.

Seithe has an interesting and strong spiritual influence. Particular references are made to The Bible, including chapter and verse, and I enjoyed them. I must say that some people could definitely have a problem with the Biblical references/interpretations; personally I did not. I see the basic ideas of love, forgiveness, redemption, the body as a direct temple to the Creator, whoever/whatever you choose that to be, the importance of the individual’s Spirit, as genuinely sound principals. The idea of people having free will and free moral agency is correct. I liked the way the spiritual mixed with paranormal. I just tapped into it and thought it was worth noting and throwing out there. The religious aspects certainly felt more than something that was researched for a book.

Phoebe is an angry ant. Small, used to dating men that do not treat her well, she has a somewhat volcanic demeanor. Her latest disaster, Brian, is the reason her introduction to Seithe began; as she was looking for a few drinks, walked into Pravus, a club with bite, and ran into Seithe –

‘I hate biological reactions. Just when you want to hate them all and rip out every male heartbeat inside a five mile radius, you have to get one that sets your pulse racing, don’t you?’

‘My taste in men is disgusting. I go from complete asshole, to a blood sucking vampire. How can I have a happy ending with something this fucked up?’

Phoebe works as a PA and lives in Cape Town, neither of which are vital to the storyline, however, the references to Table Mountain, Kirstenbosch Botanical Gardens, and the seals at Bertie’s Landing were all nice touches adding to the ‘different’ feel. Phoebe is not my favourite character, but I admired her resilience in the face of supernatural beings who were heavily into mind games that often turned physical. She held it together and she listened when I think I would have thrown my hands up and said “this is all too hard, I’m out of here.”

Seithe is hard to describe. He is nothing if not interesting, and keeps the reader off-kilter with his behaviours and actions –

“Seithe, are you crazy? Did you escape from a sanatorium of something?”

“If I was insane would I know it?”

“You didn’t answer my question.”

He is secretive, but educational, loving, but cruel. Seithe alone can be confusing enough without even mentioning the tricks of his family. Something you do learn is Seithe is more than he appears and I like to be kept guessing. Although I found him forgiving, he bothered me too, so, I liked him without loving him.

There is a cast of interesting secondary characters. I’m sure they will get/have their own books. I had a love/hate relationship with Jowendrhan, which ended with love. I personally volunteer to make him my mission 🙂

First person present tense is always a ballsy move. If you get it wrong it’s woeful, if you get it right it’s very powerful. It worked a charm in Seithe. Being in Phoebe’s head was well and truly required, because without her POV I’m not sure how sympathetic a character she would have been. Also, with the amount of psychological games, depravation, and sensory overload thrown Phoebe’s way, it would have had minimal impact written in any other tense or from any other character’s POV. It really was spot on for the book.

The prose is incredibly adjective driven making the writing creative, almost poetic and bursting with life –

A smug grin charming an inscrutable face into delectable handsomeness.

I cannot say more about the book as it would spoil it; and Seithe keeps you guessing – who is good who is not? What’s going on here? Why does Phoebe pass out so much?! Hang in there, what is happening and why becomes apparent, plus there is quite a bit of explanation near the end, which I could have done without, but it will please others. Some things were uncomfortable for me, other things will be uncomfortable for others; but it makes you think and it makes you feel. I can’t ask for much more from a writer or book.

This picture just appealed to me for the end of the review of Seithe. Cheers! 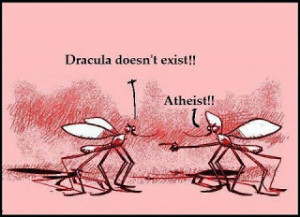