Rubble and the Wreckage (A Gabriel Church Tale #1), Rodd Clark 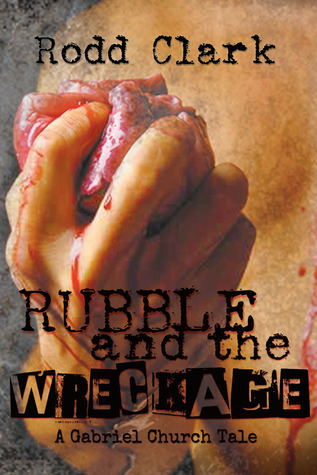 Gabriel Church knows you can’t take a life without first understanding just how feeble life is, how tentative and weak it stands alone. If you desire murder, you hold a life in your hand. Whether you release it to grant life or grip tighter to end it, it is at your command and discretion.

Gabriel is a serial killer with a story he wants told.

Christian Maxwell studied abnormal psychology in college but chose instead to focus on a career in writing. His background comes in handy when he thinks of writing about a serial killer. He can’t think of anyone more qualified to write the story of Gabriel Lee Church, and do so in the murderer’s own words. It’s been done before, but never with a killer who has yet to be captured or convicted.

There was never anything more than a gentleman’s understanding between the two men that Christian would record Gabriel’s life story. The killer did not ask for his complicity in any crimes, nor did he ever ask for his silence. Christian’s interest in the man, though, is fast becoming something more than academic. When the writer and his subject become unexpected friends and then lovers, the question remains: What is Gabriel’s endgame . . . and why does he want his story told?

I’m not really sure where to start with this review so my apologies in advance if it seems scattered. I will say that I ended this book wishing that #2 in the series was ready for me to jump into right now. While Rubble and Wreckage didn’t end on a cliffhanger per se, it still left me eager to see what will be happening next with Gabriel Church and (I hope) Christian Maxwell.

Christian is an intellectual genius. He was raised in a wealthy home where he never worried about where his next meal was coming from. His parents, while not overly doting, were there as he was growing up. He has college degrees and a job most only wish they could have.

Creative writing had been his true calling, so after graduation he’d started working for a high-end publishing house. His double majors in Arts and Humanities and Psychology had given him an edge over much of his competition, although his vice president status was more honorary than from years of service.

Christian has an unusual interest in a specific serial killer. This serial killer isn’t known to the authorities, as the murders scattered all over the United States don’t appear to be connected in any way, shape or form. They seem… random. Stabbings, shootings, deaths by strangulation… there’s not one thing that would lead the authorities to connect them. Even if they did, it would be almost impossible to find the person responsible because of all the different jurisdictions. I mentioned Christian being bright. With a lot of research he discovered that these murders must’ve been committed by the same person. During all of his research, he somehow got the attention of the actual killer. That would be Gabriel Church.

Christian couldn’t help but wonder if after meeting this killer it wouldn’t be his body turning up in some rain soaked back-alley downtown.

Gabriel had a miserable childhood. His father was mean and cruel. His mother may not have been evil like the dad, but she did nothing to get her children out of the situation they were in. Gabe’s childhood played a huge part in the person he became later.

Christian agrees to privately meet with Gabriel over a period of time as Gabe tells him every detail of what led him to do what he does – kill people. Gabriel is desperate to have his story told and Christian is eager to be the one writing a book doing just that. He takes a leave of absence from work and this begins the story of Christian and Gabriel. 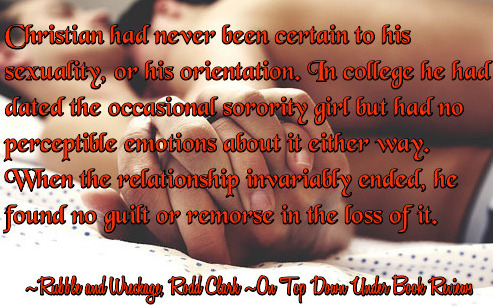 The two men, over time, develop a friendship of sorts. This friendship quickly turns into a sexual relationship. Neither man has ever been with another man, but it doesn’t take long before they are going at it hot and heavy. Christian battles internally over the fact that he’s having sex with a man who kills without remorse, but it doesn’t stop him from falling for the other guy. Christian has been with a few women, but has never identified one way or another as gay or straight. The first time he has sex with Gabe, he discovers why all the relationships with women never quite worked. As for Gabriel, he’s a bonafide heterosexual and has been thinking with his dick for as long as he can remember – get in, get out, get gone. But there’s something about Christian that pulls him in. Maybe he was always bisexual to begin with, but had never felt the need explore that part of him before Christian. Or maybe there was some type of emotional connection between the two that had nothing to do with anything else. Either way, their sexual relationship doesn’t make either man feel awkward or ashamed or anything. It is what it is and it brings them closer. Too much closer.

He currently questioned whether his biographer was queer. The look of this “Christian” was suspect. But he didn’t care. It was nice to have someone positively dripping with excitement at your every word, someone whose expression seemed to indicate the sun rose and fell at your feet alone.

Christian knows he’s playing with fire. What he should do is go straight to the authorities and tell them what he knows about these unsolved murders that have been scattered all over the United States. At first he doesn’t because he wants to be the one telling Gabe’s story. Later, feelings become involved and he knows that no way will he be doing anything of the sort. Their relationship is complex. I was able to see a softer side of Gabe, yet at the same time it was easy to see the coldblooded murderer who killed without even an ounce of remorse.

Gabriel’s back story comes out little by little. As I was reading what led him to become the killer he became, I admit to feeling sympathy for the young, abused boy who grew into a murdering adult. No, his childhood doesn’t justify any of the horrific things he’s done, but I couldn’t help but feel sorry for everything he went through. While Christian’s family was stiff and formal, at least he had them and they took care of their son. Not Gabe’s. That’s all I’ll say about that. I don’t want to give anything away. 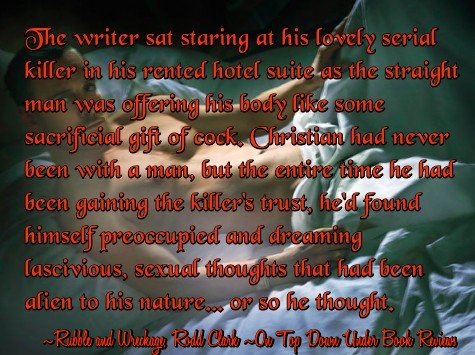 The more Christian learns about Gabriel and the killings, the more repulsed he becomes. Gabriel feels that each killing is justified and that he’s ‘called’ to these specific people. I can’t say what has him picking them, but none of the victims are chosen just at random. While it may seem so, in his eyes they crossed his path for a reason and that is for him (to be blunt) to take them out. Even repulsed, this doesn’t keep Christian from falling hard for the other man.

I know it says a lot about me when I say I was seriously rooting for these guys as a couple. Here was Christian, the good guy who has finally found who he didn’t even realize he was looking for. Then there’s Gabriel, who – for the first time in his life – has someone who loves him and who doesn’t just see him as the poor kid who grew up to be a killer. But in the back of both of their minds they know they’ll never be able to have the conventional type of relationship that they both seem to suddenly be craving. 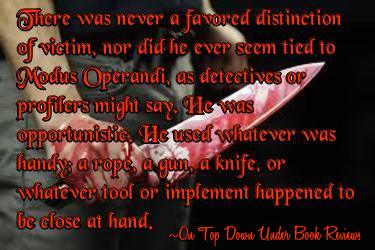 The strange thing about this book is that the author makes Gabriel a likable character in some ways. Yes, he’s a killer and he has no intention of stopping his murdering spree until he’s caught or taken out, but he has a softer side that is only shown with Christian. He’s also extremely manipulative and knows how to push buttons to get what he wants. He and Christian fight a lot and both men do something REALLY stupid to change the dynamic of their relationship at one point, but it was interesting to see the changes in Gabriel. He (as I said) has no intention of stopping what he does. It’s not because he doesn’t want to stop, it’s because he sees the murders as a type of calling. It’s very odd, but yet it kind of makes sense in a way – for him. Not for the reader and not for Christian, but it’s easy to see why he would believe that he’s doing the right thing each time he kills another innocent victim.

I really enjoyed this. I’ve read the first two Brantley Colton books by Rodd Clark and enjoyed them both. I have number 3 in that series to read when time allows. However, I think Rubble and Wreckage is my new fave by this author. It sucked me in on the very first page and kept me sucked in until I got to the last one. I’m very eager to see where these guys go from here.

Overall, a very good thriller and a romance of sorts. I need to point out that there is one hetero sex scene on-page. I know that bugs a lot of M/M readers, so I couldn’t not point it out. This particular scene will likely anger some folks – it did me for a little while – but in the end, it (and what happened later) was somewhat necessary for the resolution of the story to unfold. Another thing I should note is that while a couple of my quotes/pics seem sexual, the man on man sex in this book is not overly graphic.

Highly recommended if you like a good thriller about two very unique characters.

Thank you Cindi, as always!

You’re very welcome, Rodd. I can’t wait to read the next one.

Thanks, Kazza. This is one of those books that’s very difficult to really explain in a review, especially in regards to the killer. He’s a very interesting, yet extremely warped, character.

Thanks so much for the wonderful review. We’re very excited to get the next book in the series out later this year.

You’re very welcome. I’m really eager to read the next one.