On Top Down Under is thrilled to welcome Rhys Ford for Part Four of the Duck Duck Ghost (Hellsinger #2) blog tour. Give her a huge welcome and make sure you comment on this post for a chance to win a cool prize from Rhys! Also, be sure to check out the other stops on this tour!

Hey! I am Rhys Ford… speaking to you in my own… okay that doesn’t work. Does anyone else remember Don Carnage!? He’s speaking at you in his own voice! Ah, the esoteric memories. You’ll probably want to skip this part during the next few…*coffs*…okay, a dozen blogs as I parcel out a short tale featuring Wolf and Tristan! 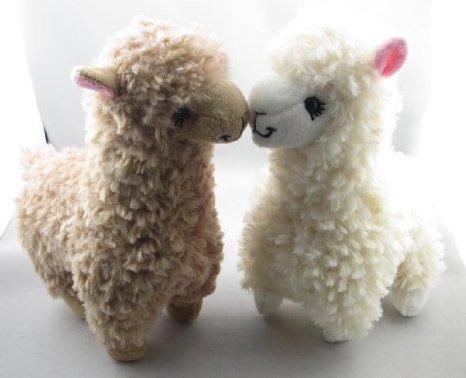 There will be prizes and giveaways. Be sure to hit up each blog for an update on the investigation. I have brought in for this tale of ghosts and shenanigans two special prizes (well many of them…but two!). You might have seen them already; a pair of cuddly alpaca and a braided leather Wolf sigil bracelet. You’ll be able to win one or both at each stop with a Grand Prize to be given away at the end of the tour.

The giveaway for this spot is: A Pair of Alpaca!

The residence is occupied by Ms. M-B and ten cats. Client is retired school-teacher and has no history of psychic or paranormal activity either personal or in residence. Residence is 1940s bungalow with no recorded deaths. Land cleared of any prior paranormal activity; formerly undeveloped acreage. No structures or causalities reported at location. Cannot discount native population or transitory inhabitants prior to establishment of city boundaries. 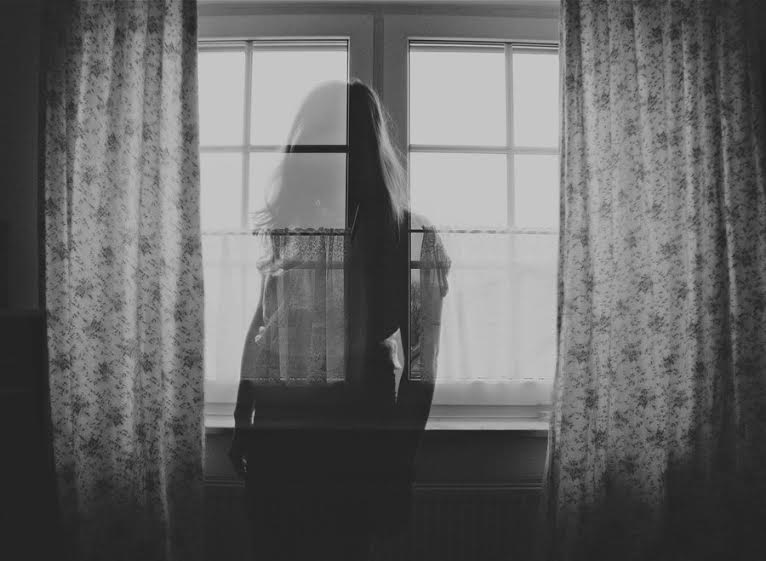 Three am looked different every night, especially when they were on the job and the team hadn’t quite found their groove at their current location. Different yet with so much sameness, Gidget wondered if she just wasn’t stuck in some skewed time ouroboros’ belly. Kincaid would get them all set up, run Matt ragged for a few hours while she sat in their makeshift control room watching for orbs and moving objects and listening to the EMF readers chirrup and beep like R2-D2 on crack.

“Sheesh, have stupid sex once and you’re marked for life.” Matt set his camera gear down on the dining room’s floor then plopped down in the chair next to Gidget, his weight squishing the cushions and letting out a shooshing rush of air. “Kincaid just tore me a new asshole. No sex while in the house. Like I’d do that since—okay, not that I wasn’t thinking about it because you know, it’s you. How can I not? You’d think Kincaid would be a more forgiving now that he’s getting laid. Swear to God, he doesn’t change. It’s still all work-work-work.”

Matt’d certainly changed since she’d first joined Hellsingers. Back then, he’d been a round-faced geeky boy with a liking for fast food and little respect for her technical skills. They’d fought then one night, things changed. He’d changed and life went to a crazy place where she worked with possibly the hottest, most intense man she’d ever met but fell in love with the quirky sidekick.

Unless she was the quirky sidekick, in which case there was a good chance she’d be killed by the chain-saw wielding baby doll born from a torrid skankfest between a plastic dinosaur and Malibu Barbie.

“Not like he didn’t have sex at the Grange,” Matt continued, taking his glasses off to polish them on his t-shirt. “Why was it okay for him and not us?”

“Because we’d just gotten there, it was in the ballroom and it was stupidly unprofessional?” She smiled at Matt’s beleaguered sigh and patted his thigh in sympathy. An increasingly muscular thigh, strangely enough. “I thought you were looking different. Are you working out? Is that why you’re eating more salads? Are you going to the gym?”

“You say that like it’s a bad thing,” he muttered sheepishly. “And yeah, a little bit. It’s in the building and it’s free. Don’t give me that look. It’s not about cleaving to society’s demands on me to look a certain way. Truth is, chasing after Kincaid is a fucking nightmare and I’m the one carrying a thirty pound camera. Fucker always is running up and down stairs. After about five minutes, I’m heaving up my lunch because I can’t keep up. So yeah, I kind of have to.”

“Well, shit.” Gidget leaned back in her chair, trying not to smile. “And here I thought you were doing it for me.”

The howling began at a fever-pitch, screeching vocalizations pounding up into the upper ranges of Gidget’s tolerance. Their equipment picked up the steel nails on chalkboard modulations, slamming feedback out of every speaker in the room. Gidget’s headphones vibrated against the table, their padded earpieces quivering from the waves coming off of their interior receptors. Within moments, the howling stopped churning and settled down into a single horrifying pinprick of sound, sharp enough to pierce an eardrum.

A second later, it stopped, leaving behind a ringing in their ears and a tendril of smoke coming out of Gidget’s discarded headphones.

“Did you hear that? Did you catch that?” Wolf skidded into the room, catching his hand on the doorframe to anchor himself before he plowed into the card tables they’d set up to hold their camera monitors. “Fuck, that was awesome. Tell me something showed up. And while you’re at it, you might want to toss those headphones out. I think they’re on fire.” 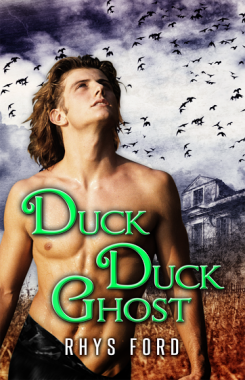 Paranormal investigator Wolf Kincaid knows what his foot tastes like.

Mostly because he stuck it firmly in his mouth when his lover, Tristan Pryce, accidentally drugged him with a batch of psychotropic baklava. Needing to patch things up between them, Wolf drags Tristan to San Luis Obispo, hoping Tristan’s medium ability can help evict a troublesome spirit haunting an old farmhouse.

With Wolf’s sister handling Hoxne Grange’s spectral visitors, Tristan finds himself in the unique position of being able to leave home for the first time in forever, but Wolf’s roughshod treatment is the least of his worries. Tristan’s ad-hoc portal for passing spirits seems to be getting fewer and fewer guests, and despite his concern he’s broken his home, Tristan agrees to help Wolf’s cousin, Sey, kick her poltergeist to the proverbial curb.

San Luis Obispo brings its own bushel of troubles. Tristan’s ghost whispering skill is challenged not only by a terrorizing haunting but also by Wolf’s skeptical older cousin, Cin. Bookended by a pair of aggressive Kincaids, Tristan soon finds himself in a spectral battle that threatens not only his sanity but also his relationship with Wolf, the first man he’s ever loved.

Available from Dreamspinner on Sept 8 here.

On Top Down Under Book Reviews 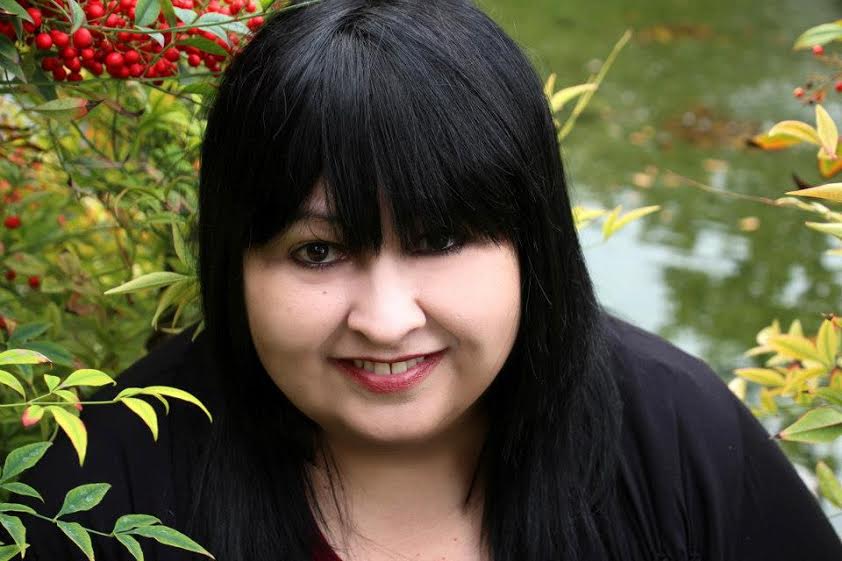 Nice guest post and giveaway – I mean, how gorgeous are those alpacas????

Also, another huge thank you to Rhys Ford for stopping by and for the great post and giveaway. I’m eager to read Part Five now. 🙂

Can’t wait until Monday to read this one. I’m really enjoying this book tour and the little story that comes with it.

I am really enjoying this short story, and the alpacas are adorable!

yea! got my chuckles for the day 🙂 such a fun crew (and adorable critters too) 🙂

I love Mr Cynics excitement over an obvious manifestation hehe…

Rhys I love your way with words & the mental pics they create! ;D

“Unless she was the quirky sidekick, in which case there was a good chance she’d be killed by the chain-saw wielding baby doll born from a torrid skankfest between a plastic dinosaur and Malibu Barbie.”

here’s hoping this blog hop series will be released in ebook format too!

Awesome addition to the tour, can’t wait for Monday!! Thanks Rhys 🙂

So awesome! I’m loving this story.

headphones on fire? Lovely image. And trapped in a time ouroboros!

Thank goodness Gidget is wearing the red shirt or I would worry. She needed new headphones anyway.
Thanks for the story and the running contest. It is fun.

Is NOT wearing. Dang I need to proof with autocorrect on.

Wow! I can’t wait. And, thanks, I learned a new word because I looked up ouroboros.

Love those! Loved the book! Love this tour!

I love those guys! And the story isn’t bad either. 🙂
Thanks for doing this tour Rhy, I love following you around. It’s the highlight of my week!

Love this story! Love the alpaca’s! And really cannot until the 8th to read DDG!!!
Thanks Rhys and thanks Cindi for the hosting

I am really enjoying this tour and all the excerpts!!

This story is so awesome! And my son really wants those alpacas. Thanks!!

Lol. I love the ending. “…, you might want to toss those headphones out, I think they’re on fire.” I love this series. I hope it continues for quite awhile. (Hint!)

A cliffhanger?? Can’t wait til tomorrow. 🙂

OMG those Alpaca are so cute!!!

Loving this story. Thanks! My son really wants the Alpacas. 🙂

Really enjoying following the blog tour and story! Thanks for the chance to win the cute alpacas!

Things are getting intense!

Oh my goodness those things are the cutest!!

Love this short, can’t wait to read the book

Wow, so many people wanting to win those sweet little alpacas and I loving these snippets to the book, I wonder what’s going to happen next… Thank you for an interesting post and blog tour 🙂

Part Nine of Hellsinger #241 is up at MMgoodbookreviews! | Rhys Ford

Can’t wait to read the rest of this!

Hellsinger #241 Epilogue is up… At The Novel Approach | Rhys Ford

I’ve got the book on my list, can’t wait to read it.