CONGRATS TO VINCE WHO WON THE E-COPY OF PAYBACK!

THANK YOU TO ALL WHO ENTERED!

To celebrate the release of Payback, John Inman is kindly giving away an e-copy to one lucky person who comments on this post. All you have to do is leave a comment at the bottom of this post and you’ll be entered. The giveaway runs from February 2nd to February 4th at midnight (U.S., Eastern). The winner will be chosen at random and notified via email within 24 hours.

Good luck to all who enter and a huge thank you to John Inman for the great giveaway! 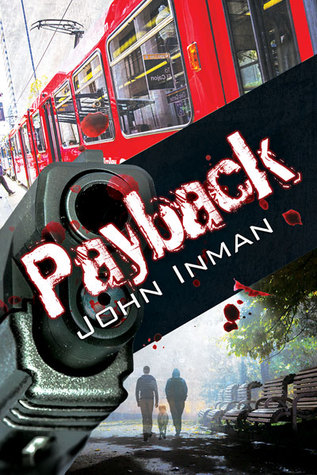 When Tyler Powell’s life is torn apart by an unspeakable crime, the need for vengeance takes over. Every moment of every day, as he tries to pull his shattered existence together again, it’s all he can think about—revenge.

Will he give in to his rage and become the very thing he hates most? A killer?

Only with the help of Homicide Detective Christian Martin, the cop in charge of his case, does Tyler see the possibility of another life beginning—the astounding revelation of another love reaching out to him. A love he thought he would never know again.

Will he let that love into his life, or is he lost already? Is payback more important to Tyler than his own happiness? And the happiness of the man who loves him? Tyler is determined to find a way to exact his revenge without sacrificing all hope for a future with Christian, but it will be difficult—if not impossible—and in the end he might be forced to make an unbearable choice.

Other titles by this author –

Great giveaway – I know you much you enjoyed Payback, Cindi 🙂

I really did enjoy it. 🙂

I want to enter the giveaway for this book. I love John Inman!

You’ve been added, Vince. Payback is a great book. 🙂

Just loved Willow Man so this next one by Inman is a must! Would love to win the giveaway.

You’re in the draw. Good luck!

This is the second great review I have read about this book today. Thanks for it and the chance to win a copy!

Great review, Cindi. I’ve only read his books with more of a serious subject matter, so I think I will probably like this one. I know how much you enjoy this author’s work. I definitely need to try some of his funny stuff too. Thanks for the giveaway. 🙂

Thanks so much, Lisa. I actually discovered John Inman when I read A Hard Winter Rain (still my fave of his) and only later did I discover his humor. I recommend any of his funny books. I guarantee you’ll giggle. 😀

This is sounds good and different. Put me in. 😀

I liked the review that you’ve written…you know,enough to be intrigued,but not too much revealing the plot…so count me in!

Thanks, Milica. I tried not to ruin it for other readers. I’m glad I succeeded. 🙂 You’ve been added to the draw.