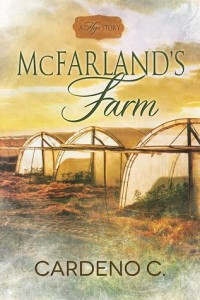 Wealthy, attractive Lucas Reika treats life like a party, moving from bar to bar and man to man. Thumbing his nose at his restaurateur father’s demand that he earn his keep, Lucas instead seduces a valued employee in the kitchen of their flagship restaurant, earning himself an ultimatum: lose access to his father’s money or stay in the middle of nowhere with a man he has secretly lusted over from afar.

Quiet, hard-working Jared McFarland loves his farm on the outskirts of Hope, Arizona, but he aches to have someone to come home to at the end of the day. Jared agrees to take in his long-time crush as a favor. But when Lucas invades his heart in addition to his space, Jared has to decide how much of himself he’s willing to risk and figure out if he can offer Lucas enough to keep him after his father’s punishment is over.

This Novella was a vacation to Hope Arizona and the quiet life of Jared McFarland. It’s a story I loved with a few chuckles disguised around a familiar message.

Cardeno C doesn’t fail to bring happily ever after to the very loveable character of Jared McFarland and somehow pairs him with his polar opposite, Lucas.

We’ve all met people like Lucas, and generally you find yourself on either one side or the other. You’re in the inner circle or on the outside looking in. He’s one of the beautiful people living large on daddy’s finances with no real direction and no repercussions. That is until he’s caught with his pants down, (pun intended) screwing his father’s staff.

“Lucas splattered semen all over the prep table in my father’s flagship restaurant before the Saturday night dinner rush.”

When I met Lucas I wanted to smack him in the mouth for being such an entitled prick. His character is so easy to loathe, but under that cold facade was the heart of a man I think needed a little love and Cardeno C carefully, even lovingly crafted someone perfect in the image of Jared. Lucas finished school and freeloaded off his father’s money living large until making a major error in judgement involving one of his father’s employee’s gets him sacked and sent to Hope Arizona and right into Jared’s lap.

Susan’s character is Jared’s ex-wife and Lucas’ half-sister; a woman who can tell Jared what he needs even if he’s not going to admit it. He needs to get out and meet someone.

They’re best of friends of course and that’s why Susan calls with a little nugget of gossip about the antics that landed her brother and playboy Lucas in his current predicament.

It’s a beautiful tragedy to read what happened to Jared when his mother died and to read of how the town took care of him. The story behind that will definitely make you go, aww. I enjoyed the change of pace a little town like Hope afforded the writer and the people who lived there. 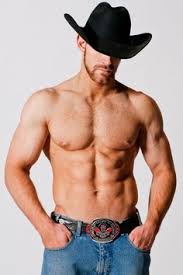 But it’s Jared who makes the story for me. He’s socially awkward, yet self-assured. No excuses, this is me and I’m ok with that. And I really loved that.

I can’t blame Lucas for being attracted to him, I wanted to grab a hand full of red fuzz and smooch him myself.

Jared had a hard enough time making conversation; it was impossible when a guy couldn’t look at him without flinching or kept darting his gaze around to make sure none of his friends saw him talking to the poorly dressed weirdo from the sticks. The only thing men in bars wanted from a six foot five, beefy guy with shaggy red hair and an imperfect face was a hard fuck in a dark corner with their backs to him.

Initially pompous, pretentious, self-absorbed, I just hated the way Lucas used being gay against his dad as an excuse for his own mistakes. When in actual fact his father never had a problem with him being gay, but more with the way he was taking for granted the money, lifestyle, prestige and power of position. His father wanted him to grow up and find his own way, his home. Well done, Cardeno C. I was happy to find Paul Reika (Lucas’ dad) called him out on this flaw and got real with his son telling him the type of man Jared is. Hoping that some of that would rub off on his son. For someone who is so openly gay, Lucas seemed to have some hang ups about it.

Jared wasn’t like the men he spent time with at home. A man with Jared’s integrity, loyalty, and convictions likely wouldn’t be interested in starting something with a guy just because he was good-looking; Jared probably wanted more.

He’d had the best sex of his life, and they hadn’t even gotten to what he had always considered the main course—having his ass pegged deep and hard by a (preferably) thick, long cock. He knew firsthand that Jared had the right equipment for the job, so if things went the way Lucas hoped, that would be happening that night. 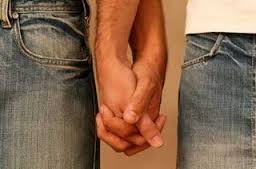 An injection of sexy and loads of cringing at the socially awkward situations Jared finds himself in. Jared and Lucas just want someone to come home to. Isn’t that what we all want?

The story was an easy read and left me with a renewed sense of faith and optimism in human nature. Four Stars.

Terrific review, Judy. Cardeno C knows how to write characters who make you feel for them. Nice pics too 🙂

Great review, Judy, and I love the pics. They seem perfect for the story.

Completely interesting and such a sexy cowboy man.