** Congrats to DAVID for winning the giveaway! **
.
To celebrate On Top Down Under Book Review’s 3rd blog-versary, Steve Berman and Lethe Press have kindly offered to give away a book a day during the entire month of October.
.
All you have to do to enter is leave a comment on the bottom of each post. If you receive a spam notification while commenting, no worries. We will see it and move it to the appropriate post.
.
Good luck to all who enter and make sure you check back daily to see the next giveaway!
.
Join us in sending a huge thank you to Steve and Lethe Press for the generosity in helping us celebrate our 3rd year!
. 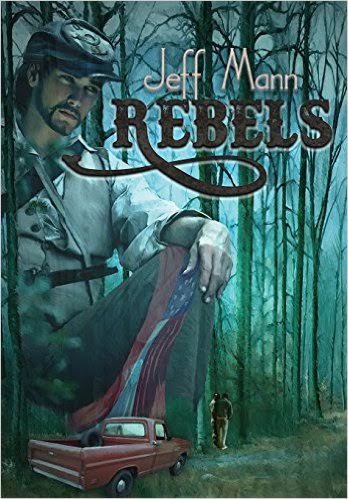 Poets have been responding in lyric to the bloody aspects of war since Homer’s era, and the American Civil War, in its scale and ferocity, was unquestionably one of the bloodiest. In Rebels, acclaimed poet Jeff Mann ranges the battlefields where such destruction occurred: famous battles like Malvern Hill, Fredericksburg, Gettysburg, and Cold Harbor, and those lesser known, such as Scary Creek and Cloyd’s Farm. In his travels, Mann muses on Southern heritage and the sufferings of the Confederate people, both soldiers and civilians. As he did in his popular Civil War-era novels, Purgatory and Salvation, Mann ”queers” the War as few other writers have, examining the conflict from a gay man’s perspective. In this fine edition, several of Mann’s poems have been illustrated by artists, making this volume unique in the fields of both Civil War studies and contemporary poetry. 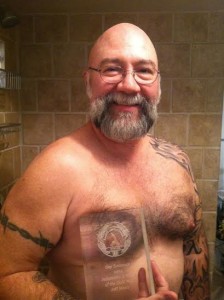 So Jeff Mann is one of the more talented authors we have published. He’s a true Renaissance Man, an acclaimed and award-winning fellow who has written erotica, essays, poems, and romantic fiction. He is also a Civil War aficionado. So, this is my love letter to his career and interests–I commissioned a full-color hardback of his gay-themed poetry about being a Southerner and the impact of the Civil War on the psyche. It’s a beautiful book of poetry.

This book is only available in hardcover and we are donating one copy to a lucky reader!

The voices of gay Southern men during the Civil War (our American “Iliad”) have been absent. I’ve been an admirer of Jeff Mann’s work since reading “Edge” & am looking forward to reading this one.

Love the book! I admire Jeff and his work greatly!

This looks amazing. I’ve heard wonderful things about this author.

I’ve enjoyed the previous books I’ve read by Jeff Mann so please include me in the draw as well. Thanks

Jeff is a great author and a wonderful person. I enjoy his work very much.

What a wonderful idea for a book, and it sounds amazing. I have Purgatory but haven’t yet gotten Salvation, so this is definitely something I’m grateful to have the chance to win. Thank you!