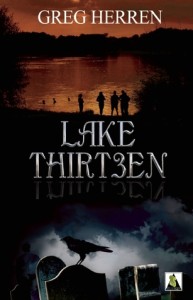 Scotty Thompson is a year away from graduating high school when he finally gets up the nerve to come out to his parents. Both his mother and father are amazing and accept him immediately. Being an only child makes his mother give up her dream of someday becoming a grandmother (she believes) but otherwise she and his father handle the news well. His boyfriend Marc, on the other hand, isn’t quite so lucky.  His father is a lazy, bigoted homophobe who is known to yell and scream slurs every chance he gets. These slurs are not aimed at Marc directly because no way is Marc brave enough to tell his father he is gay. They are aimed at the world at large.

Marc’s dad was horrible, just the kind of man who would throw his son out for being gay without a second thought.

His dad was always home, it seemed, with a beer in his hand. Mr. Krueger didn’t work–he’d gotten an enormous settlement from a work accident a few years before they moved to Framington.

Mr. Krueger was always yelling about faggots and blacks and Mexicans and feminists and pretty much anything the television told him he was supposed to be angry about.

Marc and Scotty keep their relationship between themselves and Scotty’s parents, knowing that once they both go off to college in a year that Marc will no longer be under his father’s influence and he will be able to live freely as a gay male with the man he loves.

Scotty is forced to go on vacation with his parents and he will be away from home, and Marc, for a week. The trip is an annual event that Scotty’s parents and two other couples (and their children) have done for as long as Scotty can remember. Each family comes from a different part of the United States every year and they take turns picking the location for the week-long vacation.  This year the location is the Mohawk Lodge and Resort on the shores of Lake Thirteen in upstate New York.  Scotty and his four friends, twins Logan and Teresa and siblings Carson and Rachel, have grown up together on these trips but their friendships have waned over time because no longer are they little kids excited about spending a week together. Each new year is the same. The first few days are awkward as the teens slowly get to know each other again and by the end of the week they are all as close as before, only to have the pattern repeat itself year after year.

But now that we were teens, we were like five strangers with a shared past. The last few years, it seemed to take a few days before everyone stopped sulking about having to come and decided to make the most of the situation.

Scotty is terrified of the trip this year. None of his friends knew he was gay until he sent them all an email a week before his family departed for New York.  There was no response from any of them. So not only is he leaving Marc behind for a week but he has no idea of what he is walking into when he sees Logan, Teresa, Carson and Rachel again. Will they not want to hang out with him anymore because he’s gay?  Because of the lack of response from his email, he is convinced the trip will be miserable.  Not only is he forced to be away from the boy he loves but he will most likely be stuck with four other teenagers who refuse to accept him for who he is, though he is still the same person they have known their entire lives.  The fear of his friends being homophobic is the least of his worries it turns out.  The typical, annual vacation turns out to be anything but for the five teens, though their parents remain, thankfully, oblivious.

After a few missed turns the caravan of vehicles finally makes it to the lodge but not without the teens seeing a road that obviously has a cemetery.  The families come together as a group (after only a quick greeting at the airport) and all the teens are stuck trying to get to know each other again as a year has passed since they were all together in the same room.  Scotty’s fear of his friends’ views of his homosexuality quickly disappears later when the vacation truly takes hold.  Carson and Rachel’s father works on a paranormal television program so Carson (who is a believer) discovers there is a cemetery and he jumps on the idea of making a visit to try to communicate with spirits. Somehow he talks the others into going (without the parents knowing) even though it’s dark outside.  What happens at the cemetery begins a story so creepy and so haunting that I was scared of what would happen next.

Scotty is immediately drawn to one particular grave, that of Albert Tyler who died in 1907 and had the same birthday as Scotty, June 10th. The night is warm and muggy but Scotty is freezing.  He feels a sense of deep despair unlike anything he’s ever felt before. He can’t walk away from the grave of young Albert, who has long since left the world.

As I knelt next to the tombstone, an overwhelming sense of sadness swept over me. It was so intense that I felt tears swimming up in my eyes. My heart was breaking, and I had to stifle a sob.

Why do I feel so bad for these people I don’t even know?  What’s wrong with me?  Why is this affecting me so strongly?

And Marc flashed into my head, saying good-bye to him last night, and the sad look on his face as we hugged at the front door, and how he’d said I don’t know, I’m just afraid I’ll never see you again before he walked down the driveway and down the street to his own house, and how weird that had been, but I’d felt sad, lonely, and empty.

The others have odd experiences that night but none like Scotty. They return to their respective cabins and the nightmares begin for Scotty.  But are they nightmares? It starts with an eerie voice calling out “Bertieeeeeeee” in misery and it ends up with Scotty in the pitch-black woods searching for the source. The sadness from the cemetery has returned and Scotty knows in his heart that he must go into the woods to help whoever is crying out in so much agony.   This begins a series of scary events. The dreams (or visions) are so real that Scotty is convinced that he is actually part of them. He keeps seeing a young man in his dreams and each one looks exactly like Marc,  his boyfriend Marc, who is waiting for him back home.

Over the next few days other things start to happen for Scotty and his friends. Scotty can sometimes stand at one place in the woods or in town and instantly be in a trance-like state to his friends but to him, he is back to a time of over a hundred years prior, seeing Marc’s lookalike each time. While he shares everything else with his friends, he is hesitant to mention the man but he is forced to later when things start to spiral out of control. This leads to a scary journey for not only Scotty but for the others as well.  After a little research they find out about the lodge and its previous owners, the Tylers. The son, Albert, was murdered in 1907 and Scotty is convinced that what he is seeing in his visions and dreams are the events that led to young Albert’s death. There is a menacing presence and over time the others feel it as well. When they discover an old, abandoned cabin in the woods is when they know they must solve the murder of Albert Tyler before they leave. During research they discover the name of the person suspected of killing Albert, Robert Shelby, who disappeared at the exact same time that Albert did.  A man who the town was convinced murdered the teen. A man with a past.

… and the caption underneath read “Pervert Robert Shelby: Wanted for the Murder of Albert Tyler.”

Then there is Marc.  Scotty and Marc had been best friends for years but only became a couple the year before. While they aren’t actually physically together in the book (though there are a couple of quick flashbacks), their story is told and it is told well. It is a very sweet young love story. Without much cellular signal at the lodge, Scotty and the others are forced to go to certain spots on the property in order to have service and even then it is sporadic. Internet is limited to one room in the lodge.  When Scotty doesn’t receive any texts from Marc, he grows concerned and he is convinced that something seriously bad is happening back at home. He eventually gets one or two but they don’t feel right to Scotty. Something is happening but Scotty has no idea what it could be. He is concerned about his boyfriend and his unstable father, on top of the happenings at Lake Thirteen.  He feels that somehow, though it makes little sense to him, the two are connected.

This book is amazing. There is no other way to describe it.  The way the author brings everything together is just that.. amazing. Scotty is taken back in time again and again and he believes that he is seeing through the eyes of Albert.  Or is he seeing through the eyes of Robert? Did the two men love each other in life as he suspects? Or was that love one-sided? Why does the man in the visions look exactly like Marc?  Who or what is the menacing presence that Scotty and his friends are convinced is out to harm them and who they believe is the one responsible for killing Albert?  What happened to Robert?  Did he run off as the town people suspected because he had killed Albert?  And the main question for Scotty is what is happening with the boy he loves back home? Are the two things connected? If so, how can that be?

All questions are answered and they are answered brilliantly.  I have read others by this author (Timothy and others by his pseudonym) and I have enjoyed them all but I have to say that he has outdone himself with Lake Thirteen. There is mystery, romance, sadness and a major creep factor. You will instantly fall in love with all of the characters whether they are dead or alive. You will eagerly be turning the pages in order to see what will happen next and to see how in the world the author will explain everything that’s going on in the present and what happened over a hundred years ago.  In the end, you will be quite pleased with the outcome. I was.  This is an easy 5 stars for me. Greg Herren has jumped on my favorites list.

Great review, Cindi. The first on our new site!! This book sounds amazing. I am definitely going to read this. Mr A-H was looking forward to your review as well 🙂

Thank you! It was a little intimidating being the first. 🙂

It’s an outstanding book that both you and Mr. A-H would love I believe.