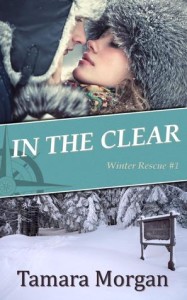 Lexie Sinclair is a character. She’s loud. She’s clumsy. She makes impulse decisions that sometimes gets her in trouble. She doesn’t have a shy bone in her body.

Fletcher Owens is quiet. He’s shy. He’s very secretive about what he does in his off hours. He is also head over heels in love with his best friend’s sister.

Sean is Lexie’s twin brother, older by five minutes. Sean is gay but has no problem trying to push women on Fletcher.  He sees his twin as silly and impulsive, never taking her seriously.

Sean and Fletcher spend a lot of time together, excluding Lexie when they go out. Fletcher is always nice to her but he acts funny when she is around. He blushes a lot and he shares very little. Sean, on the other hand, is constantly criticizing his sister and telling her to leave Fletcher alone. All she wants is to be included and be Fletcher’s friend as well. Fletcher has been part of the Sinclair family’s life since he was a child so is it too much to ask for Lexie to want to be his friend too?

Fletcher works at a used car lot during the day but is a Search and Rescue volunteer as well. No one knows about his volunteering other than the other volunteers. He keeps that part of himself quiet, not wanting others to know. This is his thing and he doesn’t want a big deal made out of it. His secret comes out when he rescues a woman and a photo of the rescue is put on the internet. Sean is his typical mean self when he shows Lexie the picture, with strict orders for her not to contact Fletcher about it. Of course she contacts him. Later she sweet talks Fletcher into not only going to a benefit for the charitable organization where she works but to give a short speech as well. Fletcher is brutally shy but can’t refuse Lexie anything. He has been secretly in love with her for as long as he can remember.

The benefit turns into an emergency call with the SAR and without going into a spoiler, Lexie  ends up in the woods with Fletcher and other volunteers in a search and rescue operation. This is where the story really took off.

I adored Fletcher from the very beginning. He loves Lexie so much but he is too insecure to ever let anyone know his feelings. He’s insecure about everything pertaining to his life. He has held off on following his professional dreams because of fear of failure. He muddles along in a job he hates because he fears change. He goes along with Sean because he loves him like a brother.

Lexie was a blast – early on. Later, she got to be a bit much. There are a few things about her that I can’t say I buy into but to list them would be giving a major part of the story away so I won’t. One thing I did like about Lexie is that she is not the person everyone sees. Sure, she’s loud and a tad embarrassing to those around her at times, but on the inside she’s a good person. Only Fletcher sees Lexie for who she really is.

Then there’s Sean, Lexie’s twin. He is not a likable character at all. Don’t get me wrong, he’s not a horrible human being or anything but the way he treated Lexie is appalling. He talks to her like she’s stupid. He talks to Fletcher like she’s stupid. He is not supportive of her in any way and is convinced that she is a total airhead with no intelligence to speak of.

Overall, this is a really good story. My heart broke for Fletcher as he battled his feelings for Lexie. Even when his secret was out and he could finally act on them, he balked due to fear of rejection. It took a little while for Lexie to get with the program but when she did, it was nice. The only thing keeping me from giving this 5 stars is the fact that the ending was a bit rushed and I wasn’t that big on Lexie’s reactions to certain things.  I will be looking forward to the next book in the series. I hope the author revisits these two.

This book was provided by Net Galley in exchange for a fair and honest review.

A het romance! It is nice to mix things up, isn’t it? Sounds like a sweet book. Nice review, Cindi 😀

It was a nice one to read after such a long absence. I really look forward to #2 in the series.