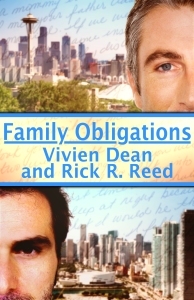 A short story about what could have been.  Short, but it pulls one hell of a punch.

This is the story of two lovers who are forced to go their separate ways due to societal and family expectations. This is Mark and Randy’s story but it never would have been told without Tate, Mark’s grown son.

Mark D’Angelo has just passed away after an illness, leaving behind his wife Sharon, his son Tate, and Tate’s small family.  At the end of the viewing at the funeral home, Tate sneaks outside to get some air.  Moments later he is approached by a stranger who he had seen inside moments earlier but had not spoken with. Introducing himself as Randy Frank, an old friend of Tate’s father, Tate is handed a thumb drive and told that it contains correspondence between Randy and Mark spanning the past thirty years. Tate had never heard his father mention a friend named Randy so the meeting is unexpected.

“I just thought Mark’s son might like to know his dad fully,” Randy managed to get out.

Randy then disappears as quickly as he appeared.

Family Obligations is told via letters sent back and forth between Mark and Randy, starting from shortly after their first goodbyes thirty some odd years earlier.  The thumb drive shows both sides of correspondence as Mark had made a point to send the letters to Randy that he had saved over the years.  When he discovered he was ill, he sent them to his former lover in order to prevent the wrong person from finding them after his death.  Mark and Randy’s story is told via old letters scanned and saved to a thumb drive but it also helps a son come to terms with secrets of his fathers… secrets of a long lost love who he was unable to share his life with. It also shares the story of a father’s love and the lengths he would go to in order to ensure the closeness of a father and son bond.

There are so many things I could say about this story in this review but you must read it in order to get the full effect.  My emotions were all over the place and I am still feeling them now, awhile after finishing it.  I found myself close to tears from the onset as I knew in my heart how the story would play out.  Reading the letters between Mark and Randy confirmed it.  I fell in love with both men as they tried to remain distant over the years, each moving on and having lives with others.  My heart broke knowing that the decade in which they met and fell in love (the seventies) was nowhere near as open and accepting of gay couples as it is now.  One of them knows he must marry a woman in order to have the family and career that he longs for.  The other chooses another path.  Reading the letters helps Tate to not only see his father for who he really was on the inside but they help to open his eyes to other things as well. 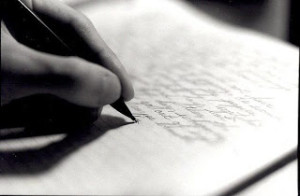 All who read my reviews know that I am a huge Rick R. Reed fan.  If a book or short has his name on it, I will be reading it.  His collaboration with Vivien Dean in Family Obligations not only once again showed his talent as an author but Ms. Dean’s as well.  I was able to see both writing styles and they came together seamlessly.  While this may not have the traditional happily-ever-after that I normally long for, one is there.  You see Tate and his little family and in a sense, things come full circle though not in the way one would expect.  Saying anymore than that would be too telling.

The letters, he thought, had helped him see his father as more than a dad, or a husband, or even a healer, but as a man, a human being. The facade he projected was one of almost infinite kindness and patience, yet inside he must have been unsettled by desires he could never consummate.

If there was one thing he got from the letters it was the fact that his father may have made compromises, but he had no regrets.  He had loved his family, Tate didn’t doubt that.  And that, he supposed, was enough.

I highly recommend this for those who are looking for a heartwarming yet sad story that can be read in a very short time.  It made me cry like a little girl but it also made me see how much things have changed in the past thirty-plus years.  As much as my heart broke for Mark and Randy, I ended this story with the utmost respect for both.  Love, no matter how strong, does not always win out in the end  Sometimes one must give it up in order to reach their dreams.  A very good story.

Reviewer note:  I won this book from  Rick R. Reed for posting a comment on his blog about the new release.Thank you, Rick!  Much appreciated.