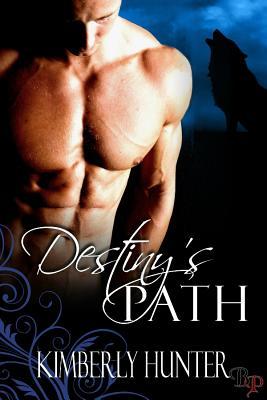 Sasha Edwards is an ordinary thirty five year old out for a night with some friends. I liked Sasha from the get go, she’s self-deprecating, sincere and a straight shooter. When she’s out she meets a handsome man, Gabe, who she hit with her “no nookie speech” which, I might add, I loved –

“And before the game even gets started, I need to tell you that talking is all you’re going to get. I’m not into one-night stands, and I’ve never been picked up in a bar. I’m not the casual sex sort, nor am I an easy mark. You’re hot, one of the hottest men I’ve ever met, but that doesn’t mean I’ll be leaving here with you tonight.”

Irrespective of the speech, Gabe stays around. They talk, he escorts her out to her car when she’s attacked by a large ‘dog.’ Gabe rescues her, she blacks out and ends up in a coma. Sasha’s life changes from this point. She discovers that it wasn’t a dog that attacked her, rather an ancient lupus and she is now well and truly in the world of shape-shifting wolves.

Sasha has to undergo a potentially deadly First Transformation, be a True Mate to Flynn, the pack Alpha’s twin brother, deal with a Challenge issued by a jealous former lover of Flynn’s – a fight instigated by the pack’s female Alpha – and help with an ancient prophecy. Plus, she has to learn to kick arse as her wolf nature develops.

I don’t want to give much away, because it’s a good read, and the prophecy and current ordeals are all interwoven well, and are interesting. It is best left to the individual to read for themselves.

I really liked Sasha, she was a no-nonsense, straight shooter, with a good sense of humour. After Roan, the pack Alpha, explains the details of the Challenge, Sasha thinks to herself –

‘Oh, is that all. I just kick her butt and take her place? No problem. That is if she survived the First Transformation. Then she wouldn’t have to worry about fighting the Alpha bitch. She’d be dead and Flynn along with her. Jeez, some days it didn’t pay to come out of a coma.’

“I guess drugs are out of the question?”

As it sounded somewhat like labour, I’d ask the same thing 🙂

This is actually my third book by Ms Hunter and she seems to have fun with her stories and her characters. I can always kick back and enjoy without stress. No matter what the story, there is always a strong theme of family-is-what-you-make-it, and who you choose to make it with. Family isn’t necessarily about biology in her books. Plus, this book had a whimsical quality to it – hard working, struggle-street woman finds a larger than life, caring, sexy man who, quite frankly, was rather perfect. I’m not generally about perfect characters, I’m a trouble-looking, angst loving person. However, because of the almost fairy tale quality to Destiny’s Path, it doesn’t bother me, it fits into the overriding theme.

Just a few niggles for me. Even though we get Flynn’s POV too, I just didn’t feel like I really knew him. Sure he was nice, caring, all I’ve previously stated, but I would have liked just a bit more on his development.  I felt like I knew Roan more than Flynn. Sometimes it was a little more ‘tell than show,’ but all in all nothing major.

If you like a nice shifter book, some interesting characters, including a no-nonsense heroine who deserves a HEA, then I would recommend Destiny’s Path.