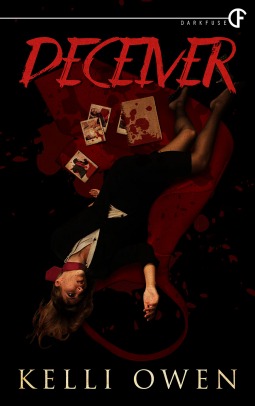 Matt Newman’s life is turned upside down when his wife is found murdered. The police have no leads and no suspects.

As Matt sinks further into a deep depression, he stumbles across a mysterious notebook among his wife’s belongings. Within its pages are cryptic writings revealing that she led a secret life. The more he reads, the greater his love turns to hatred for the woman he thought he knew.

How had she managed to conceal this double life? Worse, are her tales of debauchery even more terrifying than the mystery surrounding her death?

As the blurb states, Matt’s life is turned upside down over the murder of his wife Tania. The story starts out at Matt’s home immediately after the funeral. Mired in grief, Matt wonders how he will survive the aftermath.  Tania had died in another state while Matt (a pilot) was in the air, so he’s not a suspect. According to the detective in charge of the case, there are no suspects. This, of course, makes Matt’s pain worse. Who would want his beautiful wife dead?

A few days after Tania’s funeral, Matt decides to go through her suitcase, returned to him from the police. His life is turned upside down yet again as he reads his wife’s entries inside a cheap notebook he finds with his wife’s belongings. Not only was his wife unfaithful, but according to the journal, she was also a serial killer.

This begins the unraveling of Matt and the life he thought he had been living for the previous seven years. Tania was in sales and this had her traveling all over the country. Was she killing men everywhere she went during her business trips? Angry, and beyond devastated, Matt continues to read each journal entry learning more and more about the secret life his late wife led away from him.

There is a lot more to this story obviously. I could detail the grief, the devastation, of Matt discovering the real woman Tania really was. I won’t do that, of course, because that would be telling things that would spoil the story for other readers.

The story sucks you in immediately. You feel the grief of Matt and that of Tania’s sister. You see the devastation as Matt realizes that the life he had been living for years had been a lie. You watch the self-destruction of a man who had believed he had a solid marriage with the woman he had been head over heels in love with. Then you are along for the ride as everything reaches a climax.

Outstanding story.  My only complaint, though it’s not really a complaint as I loved Deceiver from beginning to end, is that I wish there had been another page or so added in order for the reader to see what happened next.

Overall, a very good read. Once I started reading I couldn’t put my Kindle down until the end. Highly recommended.

Another “Cindi” special. You have found some really good horror and mystery types of books lately. Love the review and the book sounds intriguing.

Thank you. I really enjoyed this one. I kept wondering where it would lead and I was very pleased with the outcome. I’ll definitely be reading more by this author in the future.

Ooh, this sounds tempting – another one for my list. Thank you!

I believe you’ll really like it, Anne. It’s a page turner for sure.