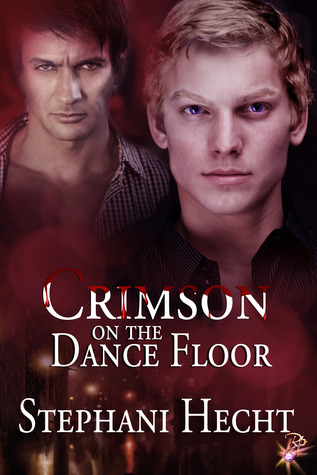 Abram is a vampire. He is about to attend this year’s Blood Party where all vampires mingle big time and let their baser desires run free. But Abram is not into having fun. According to fellow vampire and best friend, Jayce, Abram is a bit of a bore. The party has everything a vampire could want, including nooks and rooms to feed and have sex in. But something is missing –

It had everything a vampire could ask for and more. Yet it didn’t thrill Abram the way it used to. Hell nothing did. Not even feeding anymore. His whole life felt  as if it was a shade of gray and nothing more.

Face it, it’s because you still miss him. You always have.

Four years ago Abram was turned, and not because he wanted to be a vampire. At that time he had a boyfriend, Bentley, and he was in love. But even though being turned he hasn’t been able to get Bentley out of his system. So the Blood Party doesn’t hold the desired affect for Abram…until he sees a blonde dancing with some other vampires. A blonde that looks remarkably like Bentley, because it is Bentley, and from where he is standing he looks so good to Abram. And, surprise, Bentley is now a vampire as well.

Because Abram did not wish to be a vampire he is/yet isn’t happy about Bentley being one as well. He left for the very reason that he didn’t want Bentley being dragged into a not so nice world. But he is here now and Abram wants to be with him so much. So he’s glad to see him but he also wants to know how/why he is turned.

Bentley has been through a lot to find Abram. He has never stopped loving him during the four years they have been apart. He didn’t want to be without him and, contrary to what Abram felt, Bentley felt the risks were worth it. The problem is, he won’t 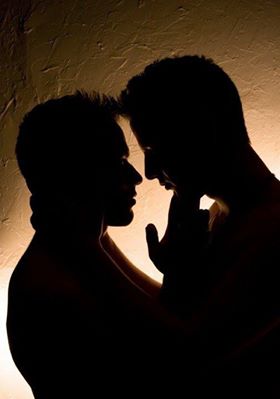 discuss it with Abram. He won’t tell him just what it is he has been through, and this causes some tension between the two vampires. What is obvious, though, is that Bentley hasn’t been well looked after – he is thin and hasn’t been fed properly or given sufficient assistance to be a vampire. He is also a little skittish. So what did happen? And why is Bentley avoiding telling him?

On the other side, the reader knows what has happened and why Bentley won’t ‘spill’ on his turning. He is afraid if he does that Abram won’t want him anymore.

I had a few niggles with this book. One being that it could have explained more about Abram being turned against his will, with a bit more on Bentley and Sabrina. It is covered, just not as much as I would have liked, particularly given latter events at Sabrina’s club. But at the end of the day it is not a long ebook.

While this is a paranormal read it isn’t dark, rather it is a sweet story. The two protagonists are nice characters and the book is quick and easy to read. There is no great world building, just enough to give it the feel of being a vampire story. There is a bit of tension to give it some oomph, without being melodramatic, and it is sexy. I feel Ms Hecht could make a series out of this is she so chooses – Jayce and Slate could each do with a story.  So, if you like vampires, if you like your paranormal on the lighter side, and you like nice characters, then I certainly recommend Crimson on the Dance Floor to you.

Great review. The story looks good for those looking for a vampire story that isn’t very dark. Adding it to my list. 🙂