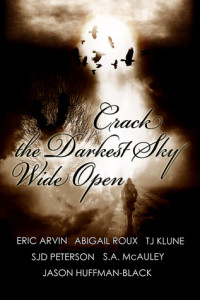 An excellent anthology by an amazing group of authors.  Some are my all-time favorites.  Some are new to me.  Each story is unique and not more of the same.

The Demon of Jericho by Eric Arvin

A nice, yet creepy story about an angel sent to save a town from a monster.  The cast of characters are all entertaining and I fell in love with one of the mains, Jeb. He’s sweet and he’s simple and he’s an amazing character.  The angel, Goshen, appears at the perfect time to save the town and its inhabitants from what occurs during the Winter Solstice.  Saying anymore would give the story away. 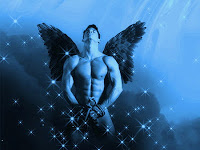 Well written.  The characters are perfect.  There is a creep factor as well as a bit of gruesomeness.  Great story.   It’s Eric Arvin.  Enough said.

A Cruel Thing by Abigail Roux 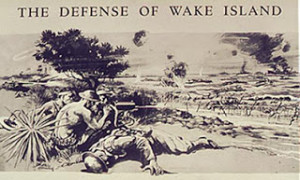 A fictional story about love, loss and sacrifice based on actual events of World War II.  This story is told by a surviving Marine to an author of a future book based on the battle of Wake Island.  It is extremely heartbreaking as well as heartwarming in places.  I am not ashamed to say that this one brought me to tears.  You are actually taken into the battles of those horrific days. You feel the pain as those are lost and rejoice for those who aren’t.   It is also a story of long-lasting love, friendship and acceptance.  An outstanding story.

The title to this one is fitting.  I ended this story not sure what to think.  On one hand I want to say “What the hell did I just read?” and on the other I want to say the author is brilliant for such a warped and disturbing story.  One would have to read it to understand exactly what I mean. Two men play a sick and twisted game in the name of business.  It’s brutal.  It’s violent.  It’s disturbing on so many levels.  The ending was expected as I could see that coming early on.  That did not take away from the story in any way.  I am still (long after finishing it) not quite sure how I feel about it as a whole.  I do have to say, however, that the writing is excellent and I totally got sucked in from the very beginning. This one definitely is not for everybody.

Like the story before this one, the title is ideal for this particular short.  Only a few pages, the anguish of one man is laid bare for all to see. When it ended, for a brief moment I wished for more but then I realized that the author said exactly what needed to be said in those few words. Had it been even a few pages longer the impact would not have been the same. A sad, yet well-written story about one reaching his limit and believing there is only one option left.

The Hotel Luz by S.A. McAuley

Two teenage boys share an on again, off again relationship until they both graduate high school and go in different directions.  One is arrogant, a bit full of himself.  The other worships the ground he walks on. This tells the story of both over a period of years with the men reconnecting sporadically over that time.  New loves, new lives… families… all are part of each man’s life…  separately,  but the feelings remain for their first love.

Old love, old memories, a lot of what-ifs.  But in the end will the two men reconnect for good or continue as they are?  This is an excellently written story and I definitely did not see that ending coming.  Saying anymore than that would give it away.  A very enjoyable read.

(Reviewer note: I’m aware the guys in the gif are young compared to those in the story.  Look at these guys.  Wouldn’t you have used this one too?)  😉 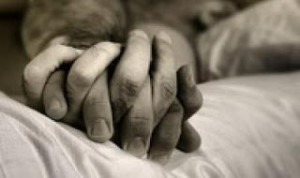 This is a love story spanning seventy-one years.  Told over a series of recounted stories and memories, the reader is allowed to watch as John and Jackie meet at the young age of twelve and follow along as they become friends and then lovers a few years later.  Not just lovers.  John and Jackie are soul mates and this is evident from the moment they meet. Now both are eighty-three and one is close to the end of his life. John and Jackie have been inseparable for decades.  It has always been just John and Jackie.  To say I cried would be an understatement. You know early on how the story will play out so the emotions are constant the entire time you are reading.

I have read all of TJ Klune’s books.  I always read them on the day of release.  I have loved them all but John & Jackie?  I have to say this is his best work.  I said that when I finished Into This River I Drown but I think John & Jackie has taken over that spot for me.  This is one of the most touching and sweet love stories I have ever read. You feel the heartbreak.  You feel the love.  You feel it all. The ending is brilliant.

I know going into this author’s books that I will no doubt shed a few tears.  He is good at drawing on your raw emotions.  But never would I have dreamed that I would have one get to me like this one.  Kudos TJ for another beautifully written story.  You write true love well.

Overall, an outstanding anthology by a collection of very talented authors.  Some stories are disturbing. Some are sappy sweet.  Some are out there. Some will have you crying like a baby. But in the end each one is very entertaining. Normally I rate stories individually in anthologies.  I am not doing that in this case because each story is unique.  Do not miss the foreword by Eric Arvin and make sure you keep reading after the end of the last story to see a bit about each author.  You won’t be disappointed.