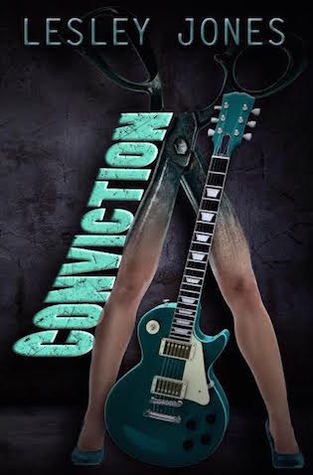 She was mine. Our love, unquestioned. Our futures planned. But she didn’t show. All that we had, all that we meant, and after all that was said, she just didn’t show. That one act changed everything, but it especially changed me and from that moment on, there was no going back. No words of love, no whispered promises, just sex and drugs and rock and roll. No one gets a piece of Reed, but what they will get is the night of their life, the chance to let go, break their own rules and enjoy the best, the dirtiest, filthiest sex ever… along with the other four people in my bed.
I thought he loved me, I believed everything he said, every promise that he made but then, when I needed him more than I’d needed anyone in my life, and when I was at my most vulnerable, he let me down. He chose to take a different path and leave me to pick up the pieces of my now broken life. I was changed forever and chose the easy option letting others take charge of my destiny, until, once again, I’m let down in the cruellest of ways.
Dirty filthy sex. Love. Heartbreak. Betrayal. High emotion and angst.
Everything and more that you would expect from a Lesley Jones novel.
Conviction is a stand alone novel, which contains adult content. Tissues may be required… For many reasons.

I picked this book up after reading the very exciting novella Reed in an anthology; I loved it so much I went off and bought it. Conviction does have a rather liberal use of the word cunt (21 times on my count.) For some people there is never an appropriate time to use the word, but in this book, I loved every single dirty one of them.

Reed came from very humble beginnings. Reed’s parents had split previous due to his father’s drinking and consequently get physical with him. So they (him and his brothers) had moved back with their mother and back to London where she battled with her own issues/drug abuse. It was a sad story, but one part that ultimately shaped The Conner Reed. His brothers and he are tight, and they know his future with Nina ‘Meebs’ is unlikely due the class difference. Their father is an alcoholic and former soldier, their mother was a dead junkie, and Conner is passenger & witness to the horrific death of his brother. Not only that, Conner is remanded in custody for three months while they investigate his less than pristine past, before releasing him with no charge.

“She’s a nice girl and she’s fucking gorgeous, but she is from a different world. Her old man and that stuck up bitch of a mother of hers were never gonna let this happen, and don’t get me started on that prick of a brother, he’s a complete nobjockey.”

The bond these brothers share are priceless, I love their loyalty. I really think they were minor celebrities before Reed even made it big. They shagged everything available to them and sometimes with one or more of them involved. (You know those guys?)

There were some nice girls, but there were also a lot of sluts, which came in handy over the years. Like my brothers told me, those were the girls you practised on and practise we did. Thinking back on it now, that might have been how it all started. That need for control, to push boundaries to see just how far you could make someone step out of their comfort zone and what they were prepared to give, take or do to get what they wanted.

Nina was the younger sister of Reed’s best friend Josh, and Sophie, Josh’s sister was Nina’s best friend. Reed had known Nina since Preschool, and had loved her probably since she was five years old.

That Christmas night she had on a pair of skin-tight black leather trousers and a red shiny top, which literally looked like a hanky hanging from her neck. It was held together at the back by a few chains crisscrossing her bare skin. She had tits now. They weren’t big, but they were noticeable, and my dick had most definitely noticed them.

Their relationship develops into a full blown, forever type of love. They are 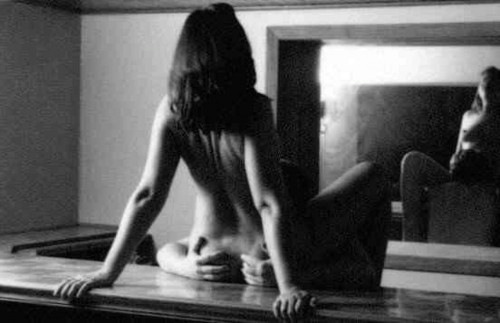 equals, in this love together. They know the score; her parents will never allow her to be with someone of his upbringing/class. They planned an escape, had it all worked out. But all their plans went out the window when Nina doesn’t show. Reed is devastated completely flawed that she didn’t keep her end of the bargain.

But Nina had her own shit hand dealt that night.

I opened my mouth to answer and the pain hit again, this time much worse than before. My legs went from under me, spots appeared in front of my eyes and everything went black. 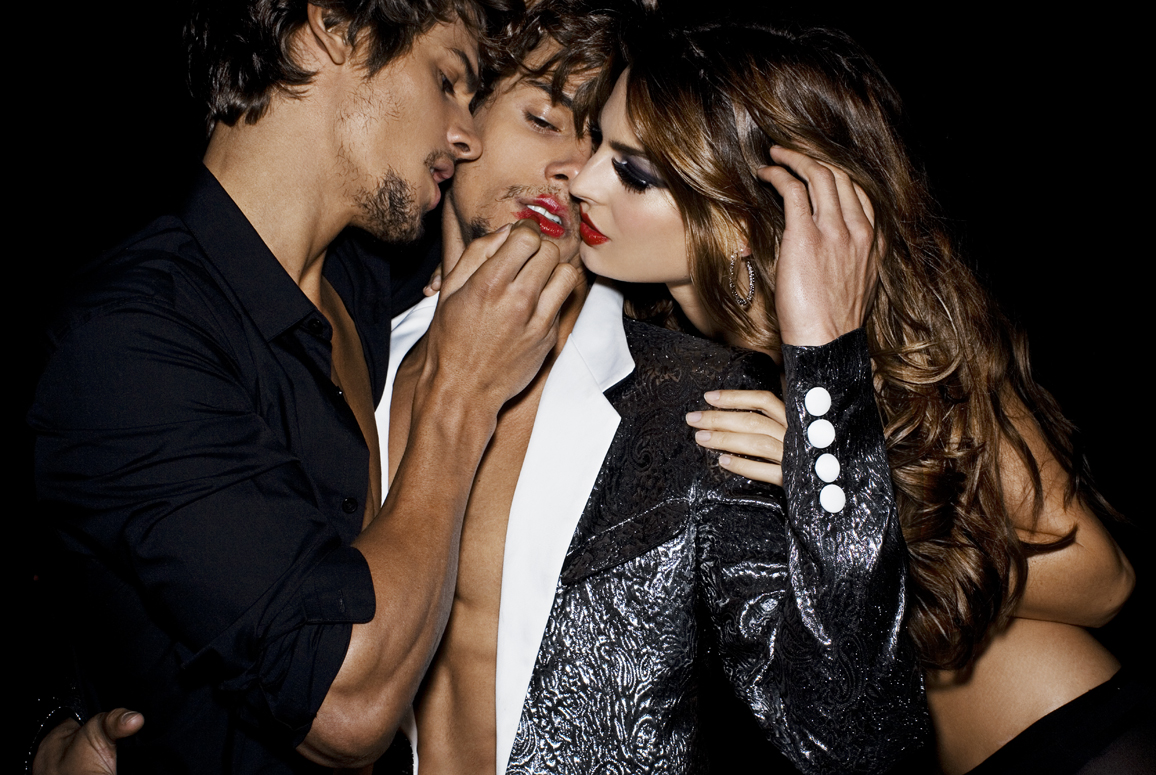 were in love, planned to spend their forever’s together. Then, their lives were ripped apart by the devastating events of that night. This and the success of his band Shift, shoot Reed to a completely different universe, complete with groupies, fans and all the shit that goes with it. They are kings of the world, they can do anything and anyone they want, all with the best drugs and alcohol money can buy, surrounded by the most willing people on offer.

“Not a lot of room to manoeuvre in here. Don’t worry, we’ll make you feel good, then when we get back to the hotel, there’ll be more people to play with and we can get you all filled up again. You can get every hole fucked if that’s what you want.”

(Jet) “I’ll slap that pretty ass of yours and I’ll pull your hair just the way you like it.”

The dynamics of the band mates is something pretty special. Jet is like a brother, really they all are. Jet, Reed’s closest friend, has been in love with Reed for some time. Their relationship is beautiful to me, Jet lives life on an entirely different plane to most everyone else. He loves sex, they all do in fact, which works for Reed. These sexploits are a distraction for Reed, anything to take his mind off her… There are drugs galore, and yet Reed seems to be able to know when he’s had enough, that doing a few lines of blow will make him think, and he wants anything but to think.

Jet knows him, knows he has nightmares, knows he overthinks, and knows how to unwind him. He seems to have been taking Reed any way he can get him. And so, their joint participation in these sexcapades feed Jet’s desire for Reed. And for Reed, it’s the only contact he allows himself. And his participation is well and truly at arm’s length. It’s heartbreaking when you think about it… The only physical contact he allows himself is so removed from normal, but it’s all he can handle. While the scenes were hot as hell and fed a seriously kinky side of me, I was so sad for him. The story could have gone either way for me at this point, I would have been happy to see the two men shacked up with the house, kids & a dog. But that wasn’t Lesley’s plan.

I don’t do all that love shit. I feel it, write it in my songs, but that’s as far as it goes for me…since her. I don’t say those words out loud to anyone except my family.

To know that he still has strong ties with his family, fed the little girl in me. He yearns for the time when they can hang out, be a family. No press, no paps, just a chance to be.

It’s never really the right time for Conner, his trip home after this 18mth tour is all he can think of, what he needs, and it’s ripped away when Jet commits suicide. It’s gut wrenching, totally appalling. Reed finds himself home in the UK, and while he has support from his family, he is grieving the loss of more than a best mate.

Reed has the opportunity to perform with one of his idols in a charity performance for a cause that is close to Reed’s heart, and it’s there that he runs into Nina.

Nina has been living her own kind of hell, unhappily married in a loveless marriage, a sexless marriage. She has been trying like hell to be enough.

“Go to sleep Nina. It’s late, I’ll sort you out in the morning before I go to golf.” Geezus

I was so angry, fuck I was angry. What kind of man doesn’t want sex? Doesn’t need sex? I despise people who belittle. Lesley Jones inspired some pretty strong feelings in her characters, I wanted blood. Marcus and Nina’s brother, those fuckers conspired to have Nina eating out of the palms of their hands. And she had for a really long time. Nina deals with some major shit from her husband and I was so proud of her for standing up and moving on. Go girl! She wanted that physical connection; she just wasn’t getting what she needed from her marriage. 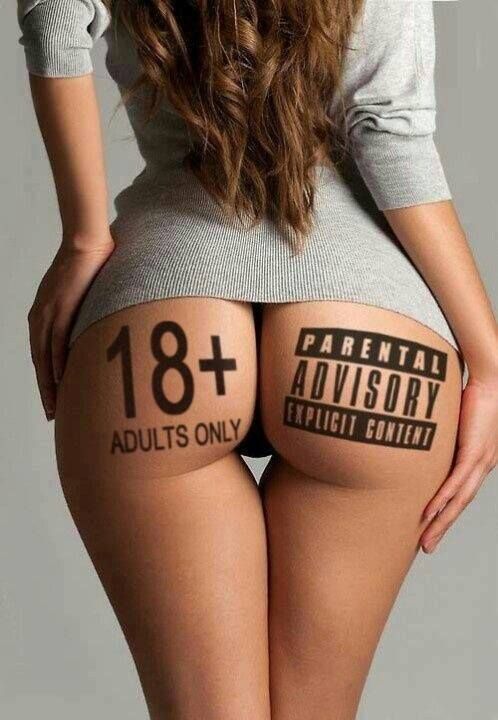 have with their friends, and I’m not going to give it all away. Nina’s friend Sophie is unreal, that girl has Nina’s back in every situation. I fucking loved her potty mouth and loose talk, awesome.

Lesley Jones writes from the heart, she created a beautiful love story, smashed it to smithereens and then piece by delicate piece had me hoping on my last hope that they would be strong enough to reunite. I love reading the thoughts of people who have had that complete, all-consuming love ripped away and what they would do to have it back again. I love the reality that these stories inspire; the total loss, the devastation, yearning. Those feelings pull at my heart; I get mixed up and turned around.

Every now and then a book comes along that grabs you, it takes you from page turning and edge-of-your-seat, to literally shaking the shit out of everything you thought you could handle and turning you on beyond words. There were nice chunks of this book that did that for me. After the raunchy beginning I was so pleased not to have to wait till the end of the book for some more gratuitous sex and it came in nicely at 65 or so %… I loved Lesley Jones’ sass and I think you will too. 4.5 Saucy Stars.

Nice review, Judy. Sounds like you really enjoyed the hell out of this book. It’s got a bit of everything going on 🙂 🙂

I love when a book brings out so many emotions in the reader. I can tell you really enjoyed this. Like Kazza said, it does seem to have a bit of everything going on.