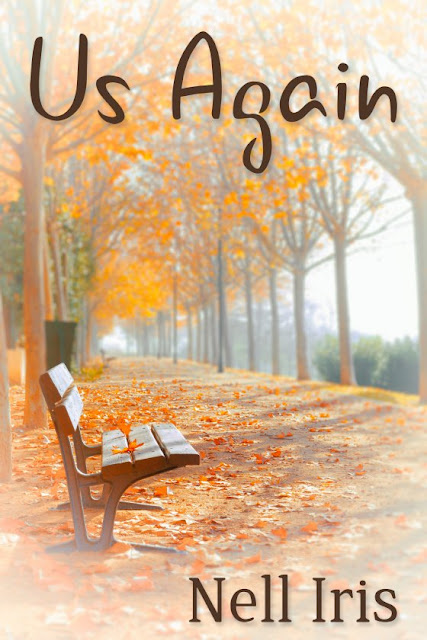 When Alex gets a call in the middle of the night telling him his ex-boyfriend is in the hospital, he only hesitates for a second before rushing to Sammy’s side. But the Sammy in the hospital bed is fragile and not the same man who told Alex to leave seven months ago.


Alex wants to help Sammy get better and is desperate to find out what went wrong between them. Maybe he’ll even get a second chance with the man he hasn’t been able to get over.


But will Sammy let Alex back into his life?


Except for the dim light of a wall-mounted lamp next to the only occupied bed, the room is dark. Sammy is a shapeless silhouette from here and I take a step closer. Another. And another until I’m right by his side.

My knees buckle when I finally see him. His golden hair is plastered to his face, his cheeks hollow, his full lips dry and cracked. Long lashes fan out over black shadows under the eyes. His hand rests on his pillow and is so thin and bony, tears well up in my eyes.

A steadily beeping monitor surveils his vital signs. An IV bag hangs on a metal pole, and the line snakes its way down into his hand.

My hand flies to my mouth and my shoulders shake. To avoid ending up in a sobbing pile on the floor, I sink down in the chair next to his bed.

Sammy was always slender. Like a willow with long limbs, narrow hips, and a concave stomach. But now … he looks emaciated. Hardly there. Easily breakable and so fucking small I wouldn’t be surprised if a stiff breeze could snap him in two.

I reach out but hesitate to touch him. Instead, I lay my hand next to his on the pillow. My olive complexion seems dirty next to his pallor.

“Oh, Sammy.” I don’t even try to wipe the moisture from my face; I just let the tears flow. I want to crawl into bed with him, scoop him up in my arms, and use my big body to shield him from the world. But all I do is move my hand closer, until my fingertips ghost against his pinkie. A jolt of electricity races through my body and a sigh slips out.

“Now will you tell me what happened?” I hiss to David who’s sat down on a chair on the other side of Sammy’s bed sometime during the last minute.

“His boss called me this evening. Apparently, he fainted.”

I gasp and can’t keep my hands off him any longer. Carefully, I lay my palm on top of his hand and something snaps into place in my chest when I finally touch him. He’s cold. I’d give him all my warmth if he would just open his eyes and smile at me and call me Care Bear again.

“Doesn’t he fucking eat?” I grind out between clenched teeth.

“What’s all this?” I sweep my hand at the IV pole.

“He was severely dehydrated so they’re giving him fluids.” He rattles on about vital signs and nutrition and how Sammy will need to see a therapist and a dietitian to straighten out his eating and I only listen with one ear. Even though I asked, I can’t absorb all that information.

“Don’t you fucking check on your own brother?” I interrupt. I’ve always had a foul mouth, and frazzled nerves make it worse, but I don’t give a shit if David is offended.

“I should have. I knew he was … sad. I talked to him on the phone almost every day and he said he was fine.” David’s voice trembles, saturated with guilt and remorse, but it just makes me angrier.

“Are you telling me you haven’t taken the time to visit him for seven fucking months?”

His words sting. He might as well have thrown acid on my face. I tighten my muscles, so I won’t jerk under his accusations. “He told me to leave. He said he never wanted to see me again. I did not leave willingly.” I shoot him an angry glare but quickly look away. I want to take out my fear and worry on him. Plant my fist in his face and roar out the pain that took up residence in my chest when I laid eyes on Sammy a few minutes ago.

“I don’t even know what happened. I thought he loved me,” I whisper. My head is heavy, and I let it sink down until it rests on his bed. 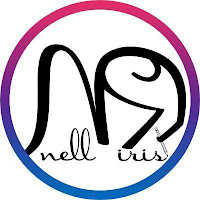 Nell Iris is a romantic at heart who believes everyone deserves a happy ending. She’s a bona fide bookworm (learned to read long before she started school), wouldn’t dream of going anywhere without something to read (not even the ladies’ room), loves music (and singing along but, let’s face it, she’s no Celine Dion), and is a real Star Trek nerd (“Make it so”). She loves words, poetry, wine, and Sudoku, and absolutely adores elephants!


Nell believes passionately in equality for all regardless of race, gender, or sexuality, and wants to make the world a better, less hateful, place.


Nell is a forty-something bisexual Swedish woman, married to the love of her life, and a proud mama of a grown daughter. She left the Scandinavian cold and darkness for warmer and sunnier Malaysia a few years ago, and now spends her days writing, surfing the Internet, enjoying the heat, and eating good food. One day she decided to chase her lifelong dream of being a writer, sat down in front of her laptop, and wrote a story about two men falling in love.

Thank you so much for hosting my release blitz. I really appreciate it! 🙂