Book two of the Reaping Havoc series opens with the annual Reaper Convention in Las Vegas for the two main characters, Mitch and Nate. It’s their first con and they’re not entirely sure what to expect. Because the subject of reapers can become very dark, I intended to lighten the mood of the book by opening with humor, particularly around the details of the convention—namely, the food and costumes.

Have you ever googled Halloween themed food? It’s hilarious, and some of it is gross enough to be entirely unappetizing. Much of the menu in the book came from my imagination, but the inspiration for it was very much rooted in online recipes from some extremely clever culinary wizards. 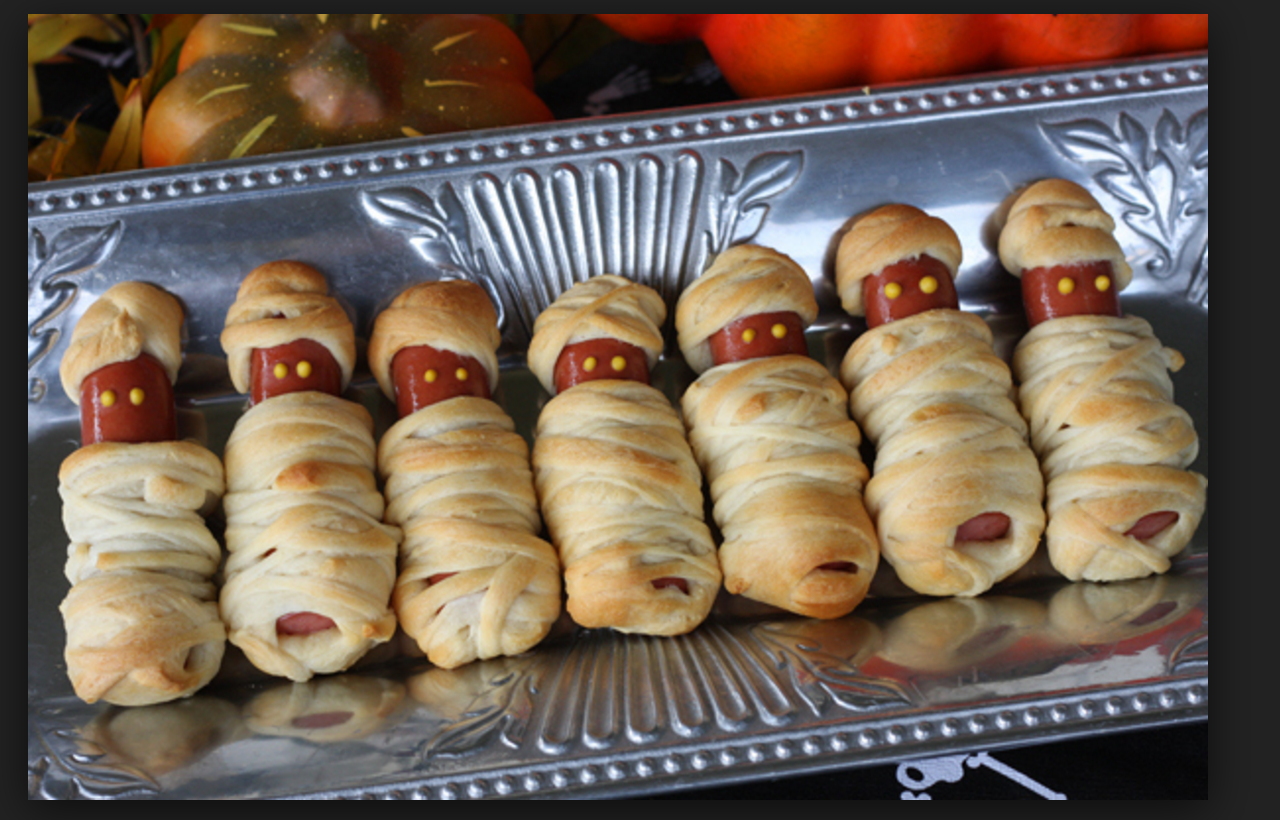 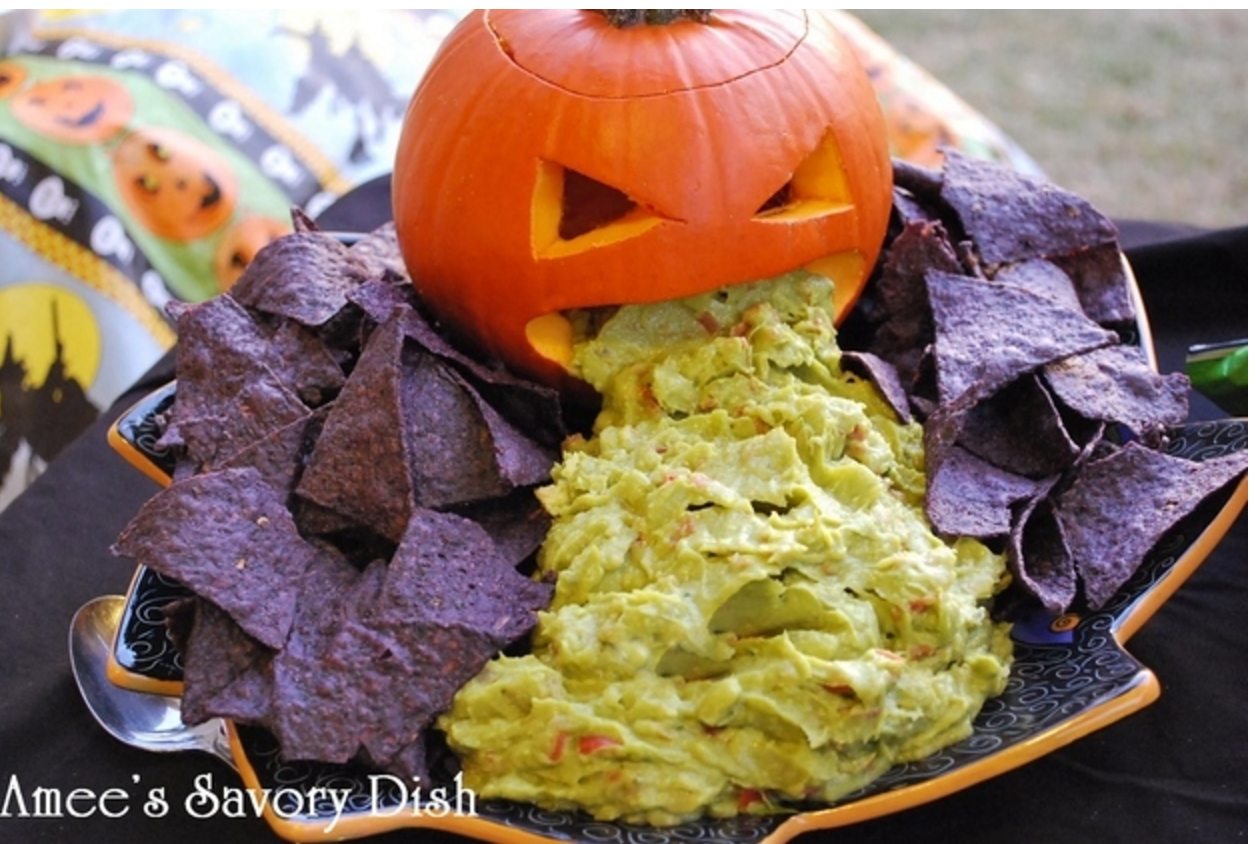 Photos courtesy of Buzzfeed, and recipes are linked in the article.

Here’s a little taste (though there be spoilers for book 1):

Sebastian’s eyes widened when he spied Mitch and Nate coming through the double doors to the ballroom where the Saturday night awards ceremony and costume ball was to take place.

“Oh, hold on. I need a picture of this,” he demanded, digging in his clutch for his phone. It took Nate a moment to recognize him, so convincing was Sebastian’s Marilyn Monroe costume. Nate let his gaze travel over the nearby convention attendees but didn’t see Richard, though he supposed some of the costumes were responsible for that. When Mitch’s arm snaked around his waist to pull him closer, he focused on Sebastian and smiled for the picture.

“Only you two could get away with this, you know that, right?” Sebastian asked, flipping the phone around to show them the shot.

Mitch laughed. “That’s why we did it.” He adjusted the halo on his Katherine the Angel costume and Nate righted the foam board he’d painstakingly shaped and spray painted into a tombstone. The epitaph on the stone read Reapership or Death. It was meant as a poke at how Katherine, the US Overseer for Divinity, had gotten them both into the reaper fold.

“Priceless!” a new voice said, and a man joined them bearing a drink for Sebastian. Nate had no idea who he was, and he couldn’t be one of the late Presidents of the United States.

Apparently, Mitch thought the same, because he asked, “Richard?” in a tentative voice.

Nate was struck speechless, but only for a moment. Richard was a dead ringer, pardon the pun. “Gonna sing him happy birthday, all breathy-like?” He winked at Sebastian.

“That’s for me to know, and Mr. President to find out later in our room.”

Mitch excused himself to get them drinks, and before he returned, the chime sounded, indicating they should find their seats.

Sebastian linked arms with Nate. “Come on, stud. I finagled it so the four of us are together.”

They were somewhere in the middle of the room, which gave them a good view of the stage. Nate removed his foam board and stashed it under the table at his feet, not fancying trying to wrap his arms around it to eat.

A woman at the opposite side of the round table, dressed as a ghost of some sort, cackled while perusing a thick piece of paper. “You guys have to read this,” she said. Her companion nodded in approval at Sebastian’s costume.

Mitch found them and took the seat between Nate and Sebastian. “What is it?”

“Looks like the menu,” Richard said, his grin widening as he read.

On a piece of cardstock with little dancing skulls and crossbones were the choices:

“That’s really clever,” Mitch said, setting the menu aside and taking a sip of his gin and tonic.

They made their dinner selections during the presentations of notable US reapers, and when the food was served, they were left to converse among themselves. As the catering staff passed out dessert, the awards began, presenters regaling the crowd with the stories behind Most Souls Reaped at Once, Strangest Reap, Best Reaper Excuse to Law Enforcement, and the coveted Most Dedicated Reap, awarded to the man responsible for the souls of a small shipwreck, swimming over four hundred miles and drowning three times before he reached a populated island. He received a standing ovation.

Chatter among the participants grew in volume as the costume contest began, and 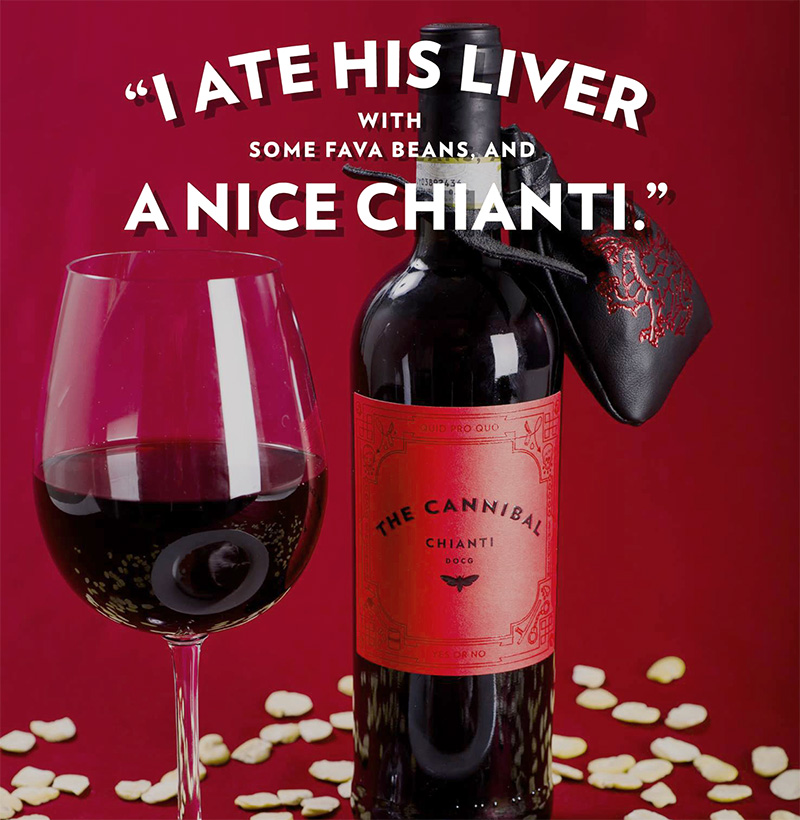 Sebastian shushed their table, earning a few glares from the other couples.

“Third place goes to… Blaine Zimmerman.” They clapped and craned their necks to see the costume, and Nate burst into laughter when he realized what it was. A tall man with dark hair squeezed as best he could between tables wearing a life-size, blow-up wine bottle with the label Hannibal Lecter’s Chianti affixed to the front.

When the crowd subsided once more, the presenter cleared her throat. “Second place is awarded to… Deborah King.”

A woman carried her costume as she wound through the tables, then pulled the cardboard over her head when she reached free space. Only about half the room laughed, Mitch and Nate among them, when they realized the shape of the cardboard was of a boat, the name—The Slice of Life—elegantly stenciled on the side.

“I don’t get it,” Richard murmured to Sebastian. 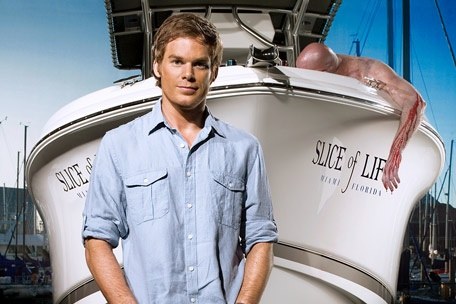 “It’s from the TV show Dexter. That’s the name of his boat. Dexter is a vigilante serial killer slash blood spatter analyst for the Miami Police Department.”

The presenter quieted them as the woman resumed her seat. “First place this year is a tandem costume. The award and fifty dollar Amazon gift card goes to… Mitchell Seeker and Nathan Koehn.”

Nate stared at his husband in shock, and Mitch urged him to his feet. He was halfway around their table when Sebastian grabbed for him.

“Hey, you left your headstone under the table.”

Embarrassed, he scurried to retrieve it while Mitch waited for him. As they ascended the stage steps, Nate hung the board over his head, and when they stood facing the crowd, there were several guffaws along with a lot of stumped faces. A murmur rose, and as the presenter smiled and handed them their scythe statuette, the laughter grew as those who got the joke explained it to their tablemates.

“Given Katherine doesn’t usually stop by the convention, I’d say you’re quite the representative in her honor, Mitchell,” the presenter quipped.

“I have a feeling if she were here, she’d be laughing, too,” Mitch said into the microphone.

Mitch and Nate returned to their seats, and the presenter wrapped up the formal events of the evening, encouraging them to take advantage of the open bar and dance floor until the witching hour. People broke into small groups and lined up for the bar. The dinner and awards portion of the evening was usually only attended by a fraction of the attendees who purchased advanced tickets, but as the evening wore on, more would wander in to partake of drinks and dancing. It was about to get crowded, so Nate stayed seated.

“Congratulations, guys!” Richard said, toasting them with the last of his wine.

Sebastian grinned and stood. “Time for me to get the president inebriated and take advantage of him.” He was halfway out of his chair when his phone, which rested on the table, buzzed.

Richard stopped him, reading the notification. “Babe, you need to take this.”

Sebastian snatched the phone off the table in exasperation, thumbing the screen to life and scanning the message. “Dammit,” he cursed under his breath. “Sorry, guys. We’re going to have to plan another time to party until we puke. Looks like Richard and I are headed home a little early.”

“What is it?” Mitch asked, concerned.

“Caperville’s tourist population will need me tomorrow afternoon.” He turned to Richard, who was already on his phone. “Can we get a flight out in time?”

“Working on it now.”

Sebastian kissed Richard’s cheek, leaving behind a red lipstick imprint. “I knew I kept you around for a reason.” He turned to Mitch and Nate, holding out a hand. “Boys, it was a pleasure meeting you. When you get home, give us a call, and we’ll have you around for dinner.”

“Will do. Be safe,” Mitch said, shaking his hand heartily.

Nate did the same, oddly disappointed given their inauspicious beginning. He’d have bet Sebastian was quite the good time when he was free to let his hair down. So to speak.

GIVEAWAY IS NOW OVER. CONGRATULATIONS TO DEBRA G AND MICHELLE

Two lucky people will win e-book copies of both Reaping Havoc and Reaping Fate. Simply leave a comment below by Midnight, Oct 31st (US EST) for your chance to win both of the fabulous e-books in this series. 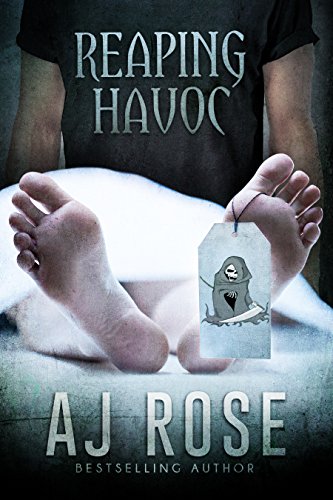 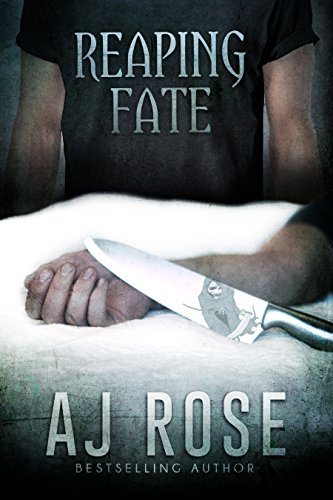 AJ Rose can be found on social media at the following places:

I love the post and want to read these books. The food looks intriguing as well.

I have to say I’d love to have almost all the foods on that Buzzfeed article, and I wouldn’t be surprised if some of them end up described in future books. Halloween is my favorite holiday.

Being a southerner, I collect recipes and even manage to try some of them. Hmm… obviously not the ones mentioned here. 🙂

I’ve been interested in this series since Kazza read Reaping Havoc. I can tell I’d love both books.

Thank you to AJ Rose for stopping by during our 4th anniversary celebration and for the great giveaway!

I love the series so I’m happy to have this fitting Halloween post tied into Reaping Fate and our blog anniversary.

Thanks to AJ Rose for taking part in blog-versary and having some fun with it.

Thank you for having me for your anniversary celebration! I’m glad to be a part of it. 🙂

These books sound great! Thanks for the chance to win them.

Oh this post is perfectly Halloweeny yummy. Silence of the Lambs & Dexter and that menu. Thanks for that link, I must try the Halloween Party Snax. I think they’re better than fava beans. 🙂 The Reaper series will soon be up on the batter’s plate~ next! So many intriguing books to read. 🙂

I so want to try all those recipes! Except the mucous one. Ugh. No.

I love these types of books. I’ve had the 1st book on my TBR for awhile but haven’t had time to read it. I’ll be making time soon. Love the post & giveaway.

LOL! I love the sausages. But I do not know if I would be able to eat the green stuff coming out of the pumpkin… What’s is , anyway? Guacamole?
Thank you for the excerpt. I find your books really intriguing!

Yeah, it’s guacamole. Or maybe a dip with Green Goddess dressing, but it looks thicker than that. I think I’d have to scoop that up on a plate to be able to eat it, and not look at the pumpkin as I did so. Heh. It’s clever, though. Some of these people with these recipes are artists.

Halloween themed foods are always such fun to look at! Food creation is such an art, even if it’s just thin strips of dough wrapped around sausages and guac puking pumpkins! 🙂 Thanks for the opportunity <3 Have a terrifyingly wonderful Halloween and Blessed Samhain

Damn I missed this giveaway! What a cool Halloween post and with that excerpt too. 😀