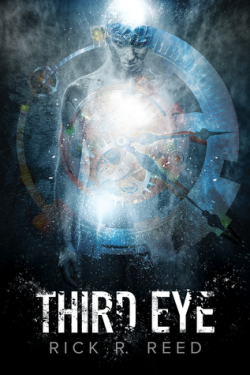 Who knew that a summer thunderstorm and his lost little boy would conspire to change single dad Cayce D’Amico’s life in an instant? With Luke missing, Cayce ventures into the woods near their house to find his son, only to have lightning strike a tree near him, sending a branch down on his head. When he awakens the next day in the hospital, he discovers he has been blessed or cursed—he isn’t sure which—with psychic ability. Along with unfathomable glimpses into the lives of those around him, he’s getting visions of a missing teenage girl.

When a second girl disappears soon after the first, Cayce realizes his visions are leading him to their grisly fates. Cayce wants to help, but no one believes him. The police are suspicious. The press wants to exploit him. And the girls’ parents have mixed feelings about the young man with the “third eye.”

Cayce turns to local reporter Dave Newton and, while searching for clues to the string of disappearances and possible murders, a spark ignites between the two. Little do they know that nearby, another couple—dark and murderous—are plotting more crimes and wondering how to silence the man who knows too much about them.

It’s no secret that I’m a big fan of this author. If you’ve followed my reviews for any length of time (here and/or on Goodreads) you know my love of his work. Avid readers have comfort reads, and I do as well. But I also have a ‘comfort author’ who I know I can go back to again and again and that’s Rick R. Reed. I was eager to read Third Eye when it was released and had even pre-ordered it. Unfortunately, real life and a family emergency prevented me from reviewing it before now.

Cayce D’Amico is a single father living in the small town of Fawcettville with his young son, Luke. Cayce’s parents live close by and are available for Luke when Cayce is forced to do his shifts waiting tables at a local diner. Cayce and Luke don’t have much as far as material things, but they have each other and their dog, Oreo. Cayce’s parents aren’t the most loving of parents (his mother Sarah… just, no), but they do love their grandson, even if Sarah is convinced that Cayce isn’t the best parent. Sarah doesn’t give off the mother vibe and it’s fairly obvious early on that she has little patience for pretty much anything and anyone, unless it involves what she’s cooking in the kitchen. Harsh, yes, but this is what I got from Cayce’s mother. 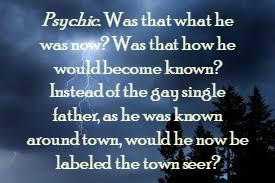 In the middle of a bad thunderstorm, Cayce can’t find Luke, who had been playing in the yard. He, like any good parent would, rushes outside and tries to find his son. A lightning strike and fallen tree branch change Cayce’s life – for better or for worse is unknown until later. When he wakes up in the hospital, Luke is safe, but things are different for Cayce. Suddenly he’s seeing things, visions, in regards to those around him. At first the visions are mostly in regards to those around him in the hospital – the frustration of a duty nurse, the loneliness of a doctor. But things take a turn when those visions show young girls who have been kidnapped and murdered. What Cayce sees is so detailed, he actually feels as if he is right there with the girls as the atrocities are inflicted on them. He tries going to the police to help them locate the missing girls, but he’s pretty much laughed out of the precinct. He attempts to contact the parents of one of the girls, but not only is his help not wanted, but  he’s treated as the lowest of the low. 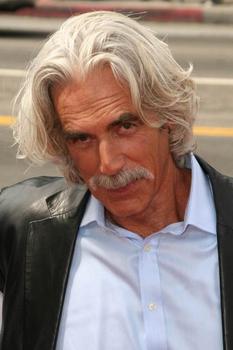 Then there is Dave Newton. Dave, a British Sam Elliott lookalike (as described in the story) is a reporter for the only newspaper in town. Dave has his own history, and this is brought out enough in the story where the reader can get a good sense of why he is the way he is. He moved to the small town for an American man years earlier. The romance didn’t work out, but Dave was stuck far away from home and ended up getting a job at the paper and has been there ever since. He doesn’t see his life as happy or even close to being satisfactory. He writes his articles for the newspaper and goes back home when it’s all over, not wanting any type of romance or really any type of connection. He feels as if his life is just trucking along, with no hope for any type of happy future. That is, until he meets the much younger Cayce D’Amico.

Dave does the write-up of the lightning strike/tree branch incident about Cayce in the paper. One quick meeting while Cayce is in the hospital isn’t very remarkable for either of the men. Things change later when Cayce is desperate for someone – anyone – to listen to him in regards to what he ‘sees’ about the two missing girls. The visions are beyond horrific and Cayce sees them as a curse. When one of the girls is found, things go from bad to worse for Cayce D’Amico when his name is made public. Not only is the town made aware of Cayce’s visions, but so are two people who want Cayce silenced before they, and their crimes, are found out.

The bad guys are known early in the book. There’s no real who dunnit here, and there doesn’t need to be to appreciate the story. The reader is taken inside the world of the killers and while there are not a lot of gruesome details laid out, you see the killers and you discover real evil. One of them goes beyond disturbed. He puts on a nice act in public, but on the inside he is a very disturbed individual. The ‘nice act on the outside’ is what allows something to happen that could destroy Cayce worse than anything imaginable. I won’t give it away, but suffice it to say that the reader will want to reach inside the book and deal with Sarah, Cayce’s mother. She’s very judgmental when it comes to her son, which is bad enough, but she opens the door for something that could end horribly for everyone involved.

Cayce felt panicky, his heart starting to race. The woman’s words were so simple. Concussion? How was he having glimpses into this woman’s personal life yet had no recollection of his own?

This is a nice thriller. While it’s a romance in a sense, it’s more about Cayce and his visions and what he sees in regards to the missing girls, the killers, and someone very close to him later. It’s a fast-paced story that will have you wanting to rush through the pages to see what will be happening next. When you get to the last chapter, I assure you that you will be reading as fast as you can to see how it all will be playing out. I’ve read more Rick R. Reed books than I can count off the top of my head so I know that he doesn’t always give you the cookie-cutter ending you expect or even hope for. Believe me when I say that’s not a bad thing. Who doesn’t want to have a surprise thrown out there when you least expect it? In Third Eye, the ending was perfect. Everything came together exactly as I had hoped, with a little surprise thrown in for the reader. This author tends to leave you thinking at the end of his books and this one was no different.

Overall, another outstanding book by Rick R. Reed. I feel like a broken record when I say that again and again in my reviews, but I can honestly say that you can’t go wrong with anything he’s written. If you are looking for a nice thriller with a bit of romance thrown in, I highly recommend Third Eye.

Reviewer note: I’m a big fan of Sam Elliott (as my blog partner is very aware). This is my 2nd review of a Rick R. Reed book where I can add a Sam Elliott pic. The other review, if you’re interested, is Out On The Net.

This book sounds really interesting. Something a bit different in the genre. I now have Caregiver and Third Eye as TBR. Great review, Cindi AND you got to use another Sam Elliott pic. Win!

Adding the Sam Elliott pic was totally unnecessary for the review, but hello! You know my Sam Elliott love. 😉

I think you’ll really enjoy Third Eye. It’s a very good story. And you know my thoughts on Caregiver as well. Both are outstanding books.

And I meant to say that I love that cover…

I love the cover as well and should have noted that in my review. It’s perfect for the story.

This sounds cool 🙂 I haven’t read anything by this author, so I’m going to pop this one on my TBR list. Thanks for such an in depth review too – its always great to see reviewers writing enthusiastically about authors they love & explaining why : ) You guys rock! Also, yeah – that’s a really great cover.

Thanks, Anthony! You really can’t go wrong with any of his books. From horror to gay romance to everything in between, I’ve loved every book of his I’ve read and I’ve read a lot.

Thanks for stopping by. I hope if you read this, you’ll let me know your thoughts. 🙂

I’m @805 and it’s got my heart racing, it’s a great supernatural thriller so far

What an amazing review Cindi, I couldn’t read it until I finished the book, which rocked my world. Thanks so much for the accidentally but extremely welcome REC with this book. Let me see, paranormal check, thriller check, and even though it was completely secondary to me in this awesome novel, as in played a small part MEN. I do believe I won the trifecta with this book. It was also my first Rick R. Reed novel too, so I have another amazing find in the world of M/M thanks to you. ***SPOILERS TURN AWAY NOTHING TO SEE HERE*** Oh… Read more »

I am so glad you enjoyed Third Eye as much as I did, Paul. As far as recommendations, I can name a few off the top of my head – Mute Witness, IM, Bashed, and if you want your heart ripped out by one of the most disturbing (yet brilliantly written) books I’ve ever read, Penance. I actually discovered Rick R. Reed as a result of his horror/thrillers. I now try to read everything he writes as soon as it is released. I still have quite a few on his back list to read, but I will read them all… Read more »

I think you’d really enjoy it, Judy. Let me know what you think if you read it.