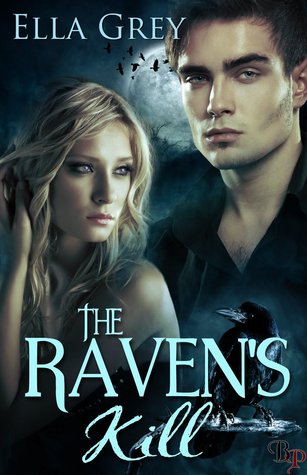 What’s Raven going to do when his targeted kill turns out to be his mate?

Raven is a shifter with the ability to see the darkness in a person’s soul. He has never strayed off his path or let a target live before, until he meets Cassandra for the first time. She’s an innocent, so why does someone want her dead?

As soon as Cassandra laid eyes on the mysterious man, she wants him with an intensity that scares her. When he appears in her room one night with an impossible story, she has two choices—believe him or die.

It’s a fight against time and with an attraction that scares them both, no-one knows what the future holds.

I want to start by quickly mentioning how beautiful this cover is. I am definitely drawn to a great cover, as are many readers, so this one immediately caught my eye.

This was a wonderful short story. The author manages to describe things really clearly without having to use endless sentences, which is a great talent.

The storyline is so intriguing. I have to admit, I haven’t read much about Raven-Shifters before so this was a great introduction.

I will say, that I think that Grey could have done a lot more with this story. It had so much that she could have expanded on. I think if she had chosen to write this as a full novel, it would have been exceptional, instead of just great. However, If this is what Ella Grey can do in forty pages, I can only imagine what she could do with a few hundred. I look forward to reading more from her in the future.

I would recommend the book to anyone looking for something sweet and sexy, but that’s also nice and short to read in a spare hour or two.

This book was provided by Breathless Press in exchange for a fair and honest review.

That is a lovely cover. I agree. Thanks for the review and welcome, Steph
:).

Gorgeous cover! Yes, thank you for the review and welcome to On Top Down Under, Steph.

Thanks so much for having me ladies 😀