Cardeno C. – CC to friends – is a hopeless romantic who wants to add a lot of happiness and a few “awwws” into a reader’s day. Writing is a nice break from real life as a corporate type and volunteer work with gay rights organizations. Cardeno’s stories range from sweet to intense, contemporary to paranormal, long to short, but they always include strong relationships and walks into the happily-ever-after sunset.
Cardeno’s Home, Family, and Mates series have received awards from Love Romances and More Golden Roses, Rainbow Awards, the Goodreads M/M Romance Group, and various reviewers. But even more special to CC are heartfelt reactions from readers, like, “You bring joy and love and make it part of the every day.”
Website | Facebook | Twitter
Cafe Risqué ~ Shared Blog
Pintrest | Google+ | Youtube
.
.
. 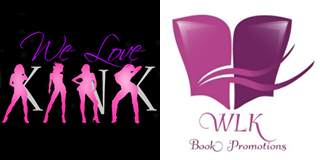