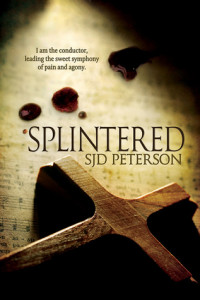 A string of murders targeting effeminate gay men has the GLBTQ community of Chicago on alert, but budget cuts have left many precincts understaffed and overworked. Not to mention, homophobia is alive and well within the law enforcement community and little has been done to solve the mystery. When the FBI calls in Special Agent Todd Hutchinson and his team, the locals are glad to hand the case off. But Hutch finds a bigger mystery than anyone originally realized—seventeen linked murders committed in several different jurisdictions. Hutch’s clues lead him to Noah Walker.

Working on his PhD in forensic psychology, Noah has been obsessed with serial murders since he was a child. But coming to Hutch’s attention as a suspect isn’t a good way to start a relationship. Noah finds himself hunted, striking him off Hutch’s suspect list, but not off his radar. To catch the killer before anyone else falls victim, they’ll have to work together, and quickly, to bring him to justice.

This is my first time reading SJD Peterson and I reckon I’ve found a new author to add to my TBR list. I inhaled this story overnight and pretty much didn’t put it down till I was finished.

I wouldn’t classify this as a romance although there was an element of romance in the book; I found it a psychological thriller full of intrigue and suspense. It’s definitely worthy of four stars. 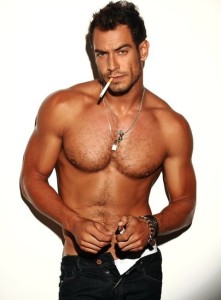 The main character ‘Hutch’ is an accomplished FBI Special Agent sent in with his team to solve the murders of two young men, which turn out to be the work of a psychopathic serial killer targeting effeminate gay men. ‘Hutch’ finds himself needing to solve the crimes in order to restore safety after linking several crimes in the area that have until now gone unnoticed.

Granite, Hutch’s partner, made this story for me with his sense of humour. He loves ribbing his work mates, with loads of sexual innuendo and for me that epitomises blokes at work. At the end of the day, these guys know and love each other like a family; they have each other’s backs. They have to with the amount of time they spend together.

Byte is a quiet intellect, and Armani wearing, tech savvy hacker who fills every request to gather and group data needed to profile their killer. I was intrigued by Byte’s character and found myself wanting more of him.

The back story of the team’s friendship is superb. I really loved the introduction and balance each character brings to this story. Hutch is gay, and Granite has come to realise this after setting him up with his girlfriend’s sister. It was funny to read how that panned out (or didn’t once Hutch set him straight) and now Granite spends his days ribbing his best mate with sexual come-hithers, and you-know-you-want me’s, designed to make light of the deep situations they find themselves in. It works. 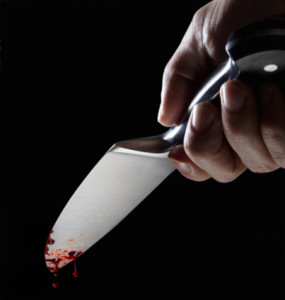 The story is very technical and elaborate as you would expect from any crime thriller, with the FBI profiling a big part of the investigation.

When the team are called in, they get no help from the rather non-existent detective work from the local PD, finding another series of crimes fitting the same MO and startling numbers pointing to one very sadistic and crafty killer with a penchant for dismembering his captives.

At first Noah is their only suspect but after interviewing him Hutch gets the gut feeling that Noah may be their only lead. Noah has a past that has him choosing to study a PhD in criminal psychology lecturing on being the perfect victim. 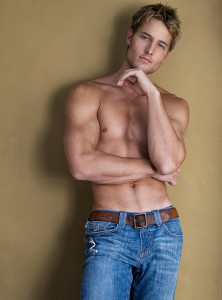 on in the story. As I said earlier, the focus of this book is on the suspense and chilling events that a depraved mind must take in order to overcome his victims and justify his actions.

I would have liked more of their romance, yet I think considering the story and the clever writing it’s definitely worthy of four stars. I’m going to look for more SJD Peterson books.

ARC of this book received in return for a fair and honest review.

Another really nice review, Judy. Sounds like a good series that you are going to get right into.

Cheers Kazza, was a great read.

I’m a huge fan of thrillers (as Kazza knows well) so I can tell I would be all over this book.

Nice review of what I can tell is the start of a good series.

I also love the pics.

I do know how much you love your mystery, Cindi 🙂

Great review, Judy. I just finished this one a few days ago. It is different compared to her other stories (less romance), but I really liked it. I’m a big fan of this author. In fact, I have read all of her books. 🙂 You should definitely check out more of her stories / series. Great pics of Hutch and Noah. 🙂

She is a good author, Lisa H. I was reading Guards of Folsom and I’ve somehow missed continuing on with missed the series 🙁