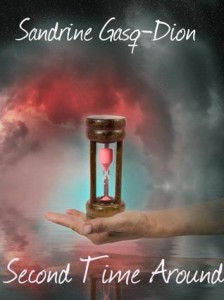 A very unique short story about two men who are separated by death but somehow find a way back to each other.

I’m not sure how to word what happens in this story without making it sound silly and ridiculous. That is not the case in any way.  The author takes a very unusual and off the wall subject and turns it into a wonderfully worded love story.

Ronin Eastland has lost the love of his life, Maverick (Mav) Holliday. Maverick was killed by a drunk driver after sharing twelve happy years with Ronin.  The story starts with Ronin at the cemetery as the man he loves is being lowered into the ground.  The author does an excellent job in bringing out the emotion that Ronin is feeling.  It is heartbreaking to read as the burial is so final… Maverick will not be coming back.  A year passes and Ronin is a shell of his former self.  His position as a teacher is suffering as he no longer cares whether he lives or dies.  He starves himself and does not take care of himself in any way.  Without Maverick, he has no will to live.

Maverick wakes up in an all white room with a twink-looking-somewhat-angel (the author’s words, not mine) and he is informed that he has been dead for a year.  And what do you know? Someone made a mistake.  He wasn’t supposed to die that day.  To fix this mistake, Maverick is told that he will be going back to earth and that he will be put in close proximity to Ronin.  It is Maverick’s job to find him and give him back his will to live.  The catch? Once Maverick is back on earth, he will have no memory of his old life or of Ronin.  The connection between the two men will hopefully bring them together again so that 1) the mistake of Maverick’s early death can be fixed, and 2) to once again give Ronin a reason to live.  He will be put in the body of a man whose name is close to identical. He will have the same profession as Maverick Holliday, a physician.  He will have similar looks and the same mannerisms.  But he will not remember Ronin in the new body.  According to the twink-looking-somewhat-angel, no one who has been sent back has ever regained their old memories.  Maverick is determined to be the first.

Ronin’s body finally gives out after a year of abusing it.  He collapses in his classroom and is rushed to the hospital for starvation and dehydration.  He opens his eyes convinced that he is looking at his dead lover.  The man he sees is his physician, Maverick Cruise (yeah, the name was funny and yes, it was taken from the movie Top Gun).  The doctor looks like Mav, he sounds like Mav and he even has the same expressions as Mav.  Over a period of time with Ronin as a patient, he is convinced that the doctor treating him is his Mav.  Now he must convince the fine doctor that memories that he (Maverick) is suddenly having of a time with Ronin are real.  The way he does this is cute.

There are a couple of flashbacks in this book.  Normally I avoid books that have them but they were critical to this story as the reader needs to know the back story of the two men involved.  The flashbacks do not last long nor are they frequent but they are important.

This is told in alternating points of view.  You get inside Ronin’s head for awhile and then you jump into Maverick’s. I love how that was written. Because of the emotional aspects of the story, you need to feel what each character is feeling, not merely be told.

I love the twink-looking-somewhat-angel, Gabriel.  He is only in the story for a very short time but he was adorable.

This book is short.  It only took a little while to read it but I never felt that I was missing anything.  The author does an outstanding job of saying what needs to be said in only a few pages.

Overall, this was a wonderful little story.  You are able to feel the emotions of all characters.  You will wonder how Ronin and Maverick will find their way back to each other.  You will smile hugely when they finally do.

Great story.  My first by this author.