A little extra from Kazza.

One more thing, anniversaries and giveaways aside, I hope you take the time to read Alex Beecroft’s wonderful post below. She is one of the most eloquent authors in the LGBT genre. And as for the Trowchester Blues series, I have two reviews here and the third will be up in the next few weeks. It’s a terrific contemporary series by someone who only knows how to write sensitive and beautiful stories, no matter the era.

Thank you for joining Riptide on our 4th Anniversary blog tour! We are excited to bring you new guest posts from our authors and behind the scenes insights from Riptide. The full tour schedule can be found at http://riptidepublishing.com/events/tours/riptides-4th-anniversary-celebration. Don’t miss the limited time discounts and Free Books for a Year giveaway at the end of this post!

Ha! I feel like such an old timer. I was published with my first m/m romance in 2007. That was before Riptide existed. The genre was young and the community around it was very different. At that time, I was unusual for pushing back against the idea that m/m romance was by its very nature erotica. The genre was still so much in its infancy that it seemed acceptable for people to classify our books as erotica simply because they contained same sex relationships, and those were seen as somehow much more sexy because of the titillation factor.

A lot of us were naïve and clueless people who had only just encountered the queer community for the first time, and were still trying to work out why it felt like it was the place we belonged. I know an awful lot of m/m writers who have since discovered they were genderqueer or trans or ace all along, but who had not had the vocabulary to properly define themselves before getting involved in the emerging culture around m/m romance.

I think it was about that time that Riptide came onto the scene. I feel sure it was somewhere during the point where m/m readers and writers were having to take a hard look at themselves and ask the uncomfortable questions – am I being exploitative? If I am, what can I do to improve? How can I write the stories that mean so much to me, and please, rather than insult, the people I am writing them about?

Riptide was unusual in the m/m world because from its first conception it was a publisher which defined itself as being by MOGAI people, for MOGAI people. They’re a business, of course, so they publish a lot of m/m romance, which is a big seller among straight female readers as well as quiltbag readers of all sorts. But from the start they have made big efforts to make sure that their books are not exploitative, and their m/m books can be read with enjoyment by m readers.

I think one of the things I’m most proud about, when I think about how pleased I am to be published by Riptide, is the fact that they are genuinely part of and committed to the queer community. I’ve seen them put out submissions calls looking for more f/f romance, because it seems like a crime that lesbian and bi women are so under-represented in books. I’ve seen them put out submissions calls for trans characters and genderqueer characters, and asexual characters.

My own Blue Steel Chain, featuring an asexual character, got puzzled reviews from people who had never encountered the concept of asexuality before. Some people clearly felt cheated by the lack of sex on the page. But I’ve also had reviews from asexual people almost in tears because this has been the first time they’ve ever seen someone like themselves (a) at all, and (b) in a book where they got a happy ending.

I am infinitely grateful to Riptide for taking the chance on novels that must surely be less crowd-pleasing because they genuinely believe in the importance of representation for all people. Long may their principles continue to go side by side with their success, and long may they continue to permit and even encourage us to write stories for everyone. We all deserve heroes in whom we can recognise ourselves, and I’m very thankful for Riptide allowing us to produce them. Happy Anniversary, and many more to come! 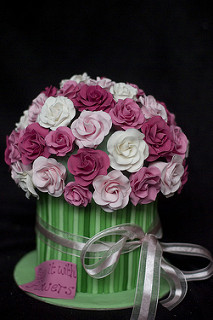 Trowchester: it’s the fourth smallest city in Britain, and visitors sometimes think it hasn’t left the Middle Ages yet. There’s a Bronze Age barrow, a wide network of ley lines, the best tea shop in the county, and more morris dancers than you can shake a stick at. Trowchester attracts those who have been hurt and those who are looking for sanctuary from the modern world. But scratch the surface and there’s murder and mayhem aplenty. People come here to find love, but they’re forced to learn bravery first.

The release order of the Trowchester series is Trowchester Blues, Blue Eyed Stranger, and Blue Steel Chain, but you can start with withichever book catches your eye; they each stand alone.

Anniversary Sale The Trowchester Blues series is being sold in a special discounted bundle by Riptide this week only. Check out the sale on this series and other bundles at http://www.riptidepublishing.com/anniversary-sale

To celebrate our anniversary, Riptide Publishing is giving away free books for a year! Your first comment at each blog stop on the Anniversary Tour will count as an entry and give you a chance to win this great prize. Giveaway ends at midnight, October 31, 2015, and is not restricted to US entries.

Thanks, Lisa. I certainly read a fair few Riptide books.

It’s amazing how much Riptide has accomplished in just four years!

I think I’m an oldtimer too, because I started reading mm-romances in the “stone-ages” 2007 or 2008, (I’m not sure anymore). ????
I hope there will be many more years with quality mm-books in the future!

Thank you for the great post and the quick history. Riptide publishes so many wonderful stories and a lot of their books are available through my local online public library, which is an awesome way to reach more people.

I also have to give a shout out to the Trowchester Blues series. I loved all the books so far and hope there are more coming.

Thank you Jen! I am planning more Trowchester books, but I have a novella and two other novels to finish first, so it may not be for some time 🙂

Cant believe it is only 4 years.
Have enjoyed Trowchester stories so far

Thanks Suze! That’s good to hear 🙂

Happy Birthday 4th Anniversary Riptide and thank you so much for publishing really fantastic books.

It’s really great how Riptide really wants diverse books and asks for it.