Riding the Board by Cate Ashwood 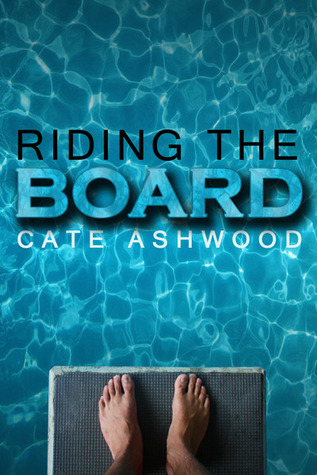 This is a cute short by Cate Ashwood which I pounced on because I loved Keeping Sweets. 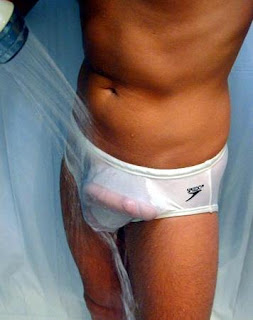 Blake is a 10 metre platform diver who has been away from diving since his synchronised diving partner, Patrick, was injured. Blake’s coach, Alex, has asked him to come in and have a chat about getting ready for Brazil 2016. Blake isn’t keen but Alex assures him that he has a new partner for him, a good diver. So Blake agrees. The problem is that the ‘good diver’ is Nick Freeman, not only known for being a good diver but also known for being an all-round butt head and jerk. Which he is.

Things do not get off to a good start with snarky comments from Nick directed at Blake. Alex calls Blake Lou, a nickname he has always used. Nick decides he will call Blake Lucy. To make matters worse Nick pushes Blake and he tumbles off the 10 metre platform. Alex is not a happy coach. So what does he do? He handcuffs the guys together and gives them a week to start to learn to become a team. They’re both good divers they need to work out team spirit and co-operation. I don’t think too many sporting bodies would be adopting this measure, but you know it’s going to work and there is some sexy fun along the way because of it – two hot guys handcuffed….showering, sleeping in the same bed…..together.

He turned and grudgingly climbed the stairs behind Nick, trying very hard not to notice how nicely his ass filled out his Speedo. He was pissed off at himself for even sneaking a look.

Nick Freeman was the last guy he should be scoping out. Not that his dick knew the difference.

His dick certainly does lead him 🙂 Both of them actually.

I found the short to be fun and it had some sexy teasing with one full-on sex scene and some other choice tidbits.

If you like the idea of some guys in sexy speedos being handcuffed together with all the difficulties and fun that comes from that, then I recommend Riding The Board.