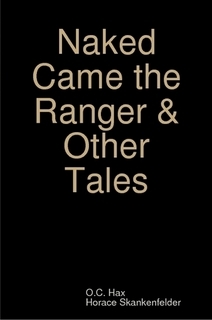 A laugh out loud and rude and crude way to start the ball rolling for this e-book of short stories – no complaints on the laughing or the rude and crude from me. Okay… a “pork sword” and “two ball throat cream” amongst other… interesting descriptions.

Burl Stutz is a bear. But he’s as mad as a March Hare – work, ex wife, snotty kids, annoying neighbours are all bothering him. So his co-worker, Bubba,  tells him he should go on holidays to the local state park. Burl takes that idea and runs with it. In the park he is pulled over (really he  has a flat tyre) by the local Park Ranger, Peter Pathway. Pathway gives him the once over, asks  him for his licence and if he always drives with his shirt off. Oh, and officer Pathway is dressed in a uniform that is tight, tight, tight, and he looks like an Abercrombie and Fitch model. Of course Peter Pathway is going to have to frisk Burl – 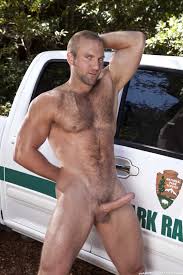 “Right here out in the open?” Burl asked.

“Yeah, right here out on the open, Mr Stutz. This is Big Sky country. We like everything out in the open here.”

Ranger Pathway opens his pants up and whips his cock out –

“Looks like the sky ain’t the only thing big here,” Burl said.

From here the book is a fuck-fest –

“Ever take it up the ass?” Ranger Pathway asked.

“Something tells me I’m about to, Burl said.

Alley of the Dolls:

It’s two days before Easter and Victor Timothy is pondering 50% off at Macys or buy one get one free at Bloomies. He decides to walk and chat away on his iPone. He hits speed dial #3 and gets Toni – of the fucking hot body and laser blue eyes that made Matt

Bomer look like a fucking stick insect with warts. (Holy shit, my blog partner is going to kill me for quoting that line.) Toni wants his $45 back that Victor owes him. Distracted, he gets mugged, well attempted to be mugged. The mugger, who calls himself ‘Chase‘ –  points for not going with Juan –  is Latino and could be a GQ model. Then in the alley, ironically named Paradise, a homeless man surfaces from behind a  dumpster, he wants them out of his alley – he’s another who looks like a model, irrespective of being homeless. Dumpster Man calls himself ‘Cody’ – Chase is already taken – and they all decide on a mutual suck session. Why not? Along comes a sexy Filipino cop, yep,  sexy again,  who joins in. This short pokes fun at first world problems and stereotypical gorgeous guys and situations in romance books. The dialogue is witty and had me laughing all the way through. 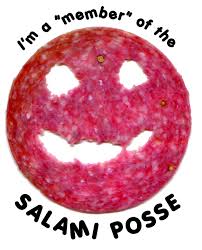 On his backside his skin burned so raw he felt like Satan was bare-backing him in a 350 degree oven in July. Fucking amazing sensation.

Maybe he didn’t have an apple for the teacher, but he had a salami and two balls of mozzarella and even the class dunce could tell you that beat the fuck out of a Granny Smith.

He Fared Well With Arms:

Number Six/Henry/Harold/Hiram – take your pick – is caught in his cabin with a bear. A grizzly  one. He is up in the rafters of said cabin thinking about his time in jail with Renaldo, his cellmate, while Smoot beat off to their talking and jerking and working of the meat…and some…Aramaic…speaking – never mind, you have to read it. During his time in the rafters someone starts knocking on his door. He can’t get down – hello…bear – and who the hell could it be –

“Is that you Renaldo?”

“Yo, Henry! It’s us! Smoot and Renaldo! We done broke out of prison!”

“Sh…ya nitwit! Don’t be broadcasting that all over hell.”

“What’s it matter?” Smoot said. “We’re clear off in the wilderness. Ain’t nobody around.”

Right,” Renaldo said, “except that in some implausible scenario. we’ve managed to run into Number Six again. What do you suppose is the probability of that?”

So …it’s a touching, highly improbable  reunion story of prison fuck-buddies. And Henry didn’t even need a gun!

The Victim of Tools:

Frank Bennett comes back from time spent away from his rental to find Hector Treble, his nemesis, occupying Frank’s seat on Frank’s porch saying it’s his place now. The Landlady, Miss Garment, has a clause in the lease saying any length of time away forfeits your lease. So, gossip and house usurper, Hector, finds himself being put upon by some tools by Frank in order to get him to admit that it is Frank’s cabin, not Hector’s. Hmm good in theory, but in reality everyone is into it  – sporting boners and all. Frank heads off to get some more tools to see what will happen  –

“Jumper cable on my nips, vice grip on my thigh, pliers on my nutsack. Squeeze, and make me feel it.” 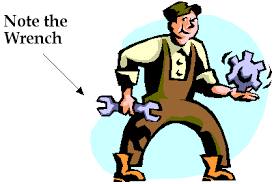 Miss Garment webcams it, then she gives them some incentives to agree to some more man-on-man lovin’ –

“You keep up this hot shit,” Miss Garment said, “and I’ll tear up your leases and let you live here free and gratis.”

This book was supplied to me by the author(s) in return for an honest review.

Kazza, Kazza, Kazza….. Matt Bomer. My man. The most beautiful creature ever born. Hmm…. that quote alone proves that these shorts are purely satirical in nature because come on, Matthew Bomer! 😀

Seriously, this is a great review. The stories all look funny as hell and the quotes are hilarious (minus the Matt Bomer one of course.. hehe) I love how all of the stereotypes from M/M books are covered. I love anything that will make me laugh I can tell that this would definitely do it.

Love the pics and GIFS, as always. 🙂

I laughed at the “my blog partner is going to kill me” comment. That was too funny. You know my total love of Matt Bomer (even long before he was anybody) so I thought the quote was funny.

I will read it and let you know what my rating is. I can do this. I want to do this. It looks like something I would read anyway. Anything that can make me laugh is a winner and your review had me cracking up.

I am looking forward to the rating from you. I need guidance and wisdom, lol

I LOVE the FB pic. I then added my own personal favorite. 🙂

I hope to read it this week. With it being short, I should be able to get to it after I finish the one I’m reading. It’s rare to find a book that is difficult to rate so now you have me intrigued.