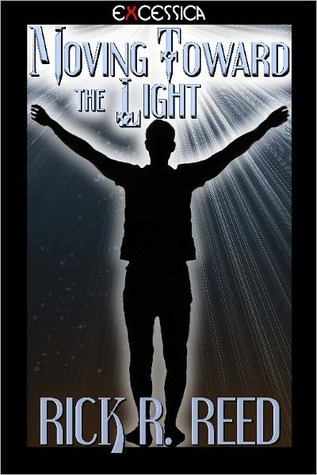 Miranda had been through it all in her young life: homelessness, the victim of a crime that made national headlines, and losing those closest to her. Now, she barely gets by in a rat hole apartment in uptown Chicago, drowning her sorrows in alcohol she’s too young to buy, and making ends meet by turning tricks.

And, just when she thinks it can get no worse, it does. With the lure of easy cash before her, she blows off her shift at McDonald’s and heads home with an older guy she met in a bar. But when she gets there, she finds the guy has a party all set to go, when what Miranda had in mind was one-on-one. After a brutal assault and rape, Miranda winds up in the hospital, clinging to life.

In the half world between life and death, she finds Jimmy Fels, her dearest love, the boy who had died years before to save her. His appearance is enigmatic, but comforting and Miranda is just beginning to discover that he has returned to avenge her.

The men will pay. And Miranda finds, through her connection with a long-lost love, that vengeance is truly sweet.

It is common knowledge to anyone who reads my reviews that I’m a huge Rick R. Reed fan. The one thing I absolutely love about this author is that I can go into his back list and find whatever it is I am in the mood for at any particular time. Romance? Oh yeah, I am all over those. But horror is, and will forever be, my first love so when I’m in the mood for something a little darker than my norm, I know I can go through a list of his books and find exactly what I’m looking for. That was so the case with Moving Toward The Light.

Miranda is a survivor of a crime that occurred four years prior. She and some of her friends had been kidnapped by a man who sickeningly thought he was doing the world a favor by taking out street kids. Fifteen at the time, Miranda was forced to watch two of those friends die, one of which was Jimmy Fels, a thirteen-year-old boy she loved dearly. Jimmy had died in order to save Miranda. The kidnapping and then the death of Jimmy pushed Miranda into a downhill spiral. Prostitution, alcohol.

Fast-forward four years. Miranda is nineteen and living in a rundown apartment in a bad part of Chicago and 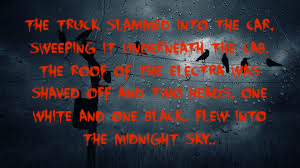 working a dead-end job. She has been clean for six months. But when she wakes up one day and realizes it’s the four year anniversary of Jimmy’s death, she once again falls into alcohol and the life she had barely gotten away from.  A few hours of wanting to forget turns into Miranda again being the victim of a horrific crime and being left for dead. In the hospital later, with Miranda somewhere between life and death, she sees her beloved Jimmy.  This begins a story of revenge against Miranda’s attackers with Jimmy Fels making sure that justice is served, only not in the way one would expect.

A small voice, Jimmy’s, whispered deep within her brain.

Too soon. Too soon. Everything’s gonna be all right.

The author does not shy away from the violence of what happened to Miranda or that of her attackers. This won’t be for everyone as the violence is detailed quite graphically.  I got sucked in on the very first page and couldn’t put my Kindle down even for a second once I started reading it. It’s short at only 45 pages or so, but once again, Rick R. Reed brought everything together perfectly. Miranda, her attackers, Jimmy – every single 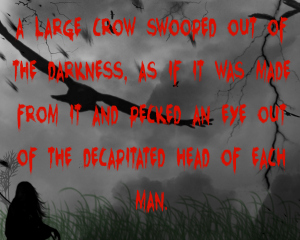 page of this story is written brilliantly. I’ve been a fan of Rick R. Reed for awhile now.  It’s not often an author can write a short story and leave the reader not feeling as if they missed something or needed more. I have read 300 page books that didn’t give me the satisfaction I felt after finishing Moving Toward The Light.

I love the quotes and I do love me some revenge!!

Great review, and the story sounds like a “Cindi” story all the way

It’s definitely a Cindi story. I loved it.

And, how many times have I told you over the past few weeks that I wanted to read Penance? At least a dozen. I just found out that this story is the sequel to that. Guess what I’m reading next?

I see nightmares in my future if I read this even though it sounds good. You’re brave, brave brave, baby 😛

You’d love it, Jay. I’m reading the first book (that explains this one) now and Moving Toward The Light is so mild compared to that one.