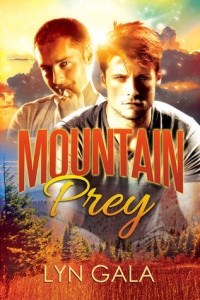 With the exception of a few years away at college, Stewart Folger has lived in the Appalachian Mountains his entire life.  An adrenaline junkie, Stewart earned the nickname “Stunt” after various pranks and his constant need for danger.  There is very little that Stunt wouldn’t do in his youth to get that adrenaline rush. Now grown, the nickname stands but now that rush applies mostly to his bedroom (or backroom, or dungeon, etc.) activities.  Now a forestry technician for the government, Stunt has his share of enemies. The mountains are full of several generations of moonshiners. The moonshiners don’t like him and it doesn’t matter if they’ve known him since he was born.  He works for the federal government and the shiners hate the feds. This hate also applies to any other type of law enforcement as they threaten their way of life. There is a love/hate sort of relationship between these folks and Stunt.  As long as he stays away from them he is ignored.  He gets too close?  Some won’t hesitate to take him out if necessary.

While out doing his work one day, Stunt ends up being in the wrong place at the wrong time when he comes across Alex Soto.  Alex is an ex-con who is bent on revenge against the mountains’ newest resident, Michael Garrido.  Alex will stop at nothing to kill Garrido even if it means getting himself killed or doing something that was not in his original plan:  kidnapping a federal employee.

All Stunt wanted to do was his job and go home.  Instead, he had to go and get himself kidnapped by some crazy man who is bound and determined to kill another man on the mountain.  The kidnapper being drop dead sexy means nothing and the fact that the binding used on his wrist actually causes his dick to get hard?  Again, it doesn’t mean anything.  Stunt is a sub who is used to getting turned on by being bound. The fact that it happened with his kidnapper is just a fluke. Seriously.  He’s not interested in having sex with a gun-wielding maniac.  Really.

Unlike Stunt, who had a real talent at being average-looking, this guy was seriously gorgeous, especially for a gun-toting psycho.

If he had his druthers, he’d be out cliff jumping or cave diving or having the most dangerous sex he could find six days a week, but this was far beyond even his comfort level.

“I mean, Southern gentlemen and genteel ladies can be just as sadistic and kinky as you want if you find the right club.  Or masochistic and kinky.  It’s all good, so you don’t have to do this.”

Maybe while he was at it, he could convince his cock to be good–the damn thing had perked up and noticed a man with a whole lot of rope skills.  Idiot prick.

But all is not as it appears with Alex Soto.  His reasoning for revenge involves his late brother. He vowed to avenge his brother’s death and he will even if he gets killed in the process.  He has nothing else to live for.  His mother is gone.  He doesn’t know his father.  The only family he had left was his brother and now he’s gone as well.  Not long out of prison (for reasons that come out in the story), his only goal is to find Michael Garrido and end his life.  What happens after that doesn’t matter.  Michael Garrido will die at Alex’s hand.  Kidnapping a fiesty sub was not in the plans.  If the guy turns Alex on, that also doesn’t matter. Nothing will stop him from doing what he has set out to do and that’s kill Garrido and move on.   Alex is a Dom and he knows a good sub when he sees one. Of all the people for him to kidnap, why did he have to kidnap a hot gay sub who turns him on so much that his well-laid plans start to take a backseat?

“My dysfunction wouldn’t include an unwilling partner, so how about you stop pushing that button before you ruin my favorite fantasies?” Alex asked.

Wait.  Alex’s fantasies?  Alex’s favorite fantasies included handcuffing someone and holding them hostage?  Either Stunt had a whole lot of brain cells offline or Alex had just admitted to being on the kinky side.

The man was fine, or he would be if he stopped going back and forth between emotional diarrhea and brooding.

“I’m not going to hold this against you, Stunt.  I know that our dicks don’t always listen to the brain, and this has got to be hard for you. You’re a player, and being tied up this long has to be screwing up some wiring in the brain.”

When feelings become involved between the kidnapper and kidnappee is when the story really takes off.  Stunt has come to understand why Alex is doing what he’s doing in regards to Garrido. He offers to help if he can.  His idea of help is in the form of Elijah, one of the mountain men who hates Stunt and will stop at nothing to keep Stunt off his property.  The plan is not for Stunt to go with Alex to see Elijah but Alex is a good kidnapper and he knows he can’t just let Stunt go free. Unfortunately, though Elijah and his family eventually agree to help Alex take out Garrido, there is still the matter of Stunt being a federal employee and Elijah now being part of the kidnapping.  Not wanting to spend twenty years to life in a federal prison, it is a given that Stunt must be taken out in the event he chooses to talk later.  Elijah’s wife has other plans, as does Alex.

“This is our community, a community I love enough to stay in even it it ain’t the most hospitable place for a gay man who likes to get tied up on a semi-regular basis.”

There are so many things about this book that I loved.  It is very serious in some places but there is quite a bit of well-placed humor throughout as well.  I fell in love with Alex even before his back story became known.  I even told my blog partner “I am in love with a kidnapper who has set out to kill someone”.  That says a lot about an author and his/her talent in telling a story and bringing out the characters.  I knew I should not like Alex but I couldn’t help but.  Stunt is hilarious.  A definite sub in the bedroom but he is definitely not outside of it.  He is stubborn and fiesty as hell.  But put him in his sub position and he turns everything over to his partner, who, in this case is Alex.

This book takes the term “shotgun wedding” to a whole new level.  In the preface of the book, the author makes a comment about shotgun weddings.  Early on I couldn’t figure out why that was.  I got the reference pretty quickly and I found myself laughing about it.   Being called the “little wife” is not how Stunt wishes to be described.

Cupping Stunt’s balls in one hand, Alex placed a kiss against his neck.  “You are beautiful, wife of mine.”

Sucking in a breath, Stunt pulled back to grace Alex with a tirade about how he wasn’t a woman, but then he spotted the smirk.  “Dork,” he complained softly.

Alex does end up getting Garrido but not in the way he initially planned. It takes receiving help from some mountain people as well as a little trickery with local law enforcement but the man is taken down in his own way.  Alex and Stunt come together in an odd way but it is obvious that they are meant to be together.  The relationship is a blast and the sex?  Saying it’s hot as hell would be a major understatement.  Stunt loves it rough and Alex willingly obliges.  Often.

Overall, a very entertaining read.  I enjoyed watching Stunt and Alex as they got beyond the kidnapping thing and found their happily-ever-after. Normally I hate books with any type of southernisms or southern-speak and this has both.  The way it is written for Stunt, however, is perfect. The story would not have worked without it.  I believe this is my first by this author.  It will not be my last.