Lethe Press, Day 29 Giveaway: The Touch of the Sea, edited by Steve Berman

** Congrats to DIANNA and PHILIP for winning the giveaway! **
.
To celebrate On Top Down Under Book Review’s 3rd blog-versary, Steve Berman and Lethe Press have kindly offered to give away a book a day during the entire month of October.
.
All you have to do to enter is leave a comment on the bottom of each post. If you receive a spam notification while commenting, no worries. We will see it and move it to the appropriate post.
.
Good luck to all who enter and make sure you check back daily to see the next giveaway!
.
Join us in sending a huge thank you to Steve and Lethe Press for the generosity in helping us celebrate our 3rd year!
. 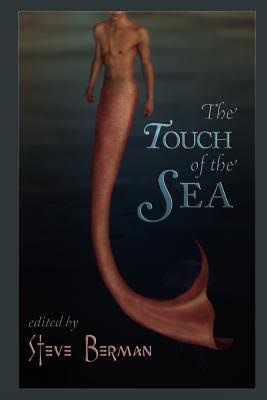 The Touch of the Sea, edited by Steve Berman
Greek myths held that Oceanus to be a massive river surrounding the land. A Titan, son of sky and earth, he was depicted as a handsome, muscular man whose torso ended in a scaled tail. As the Olympians emerged, Oceanus retreated, his domain restricted to strange and dangerous shores, the realm of sailors’ fortunes and worries. So, too, are the eleven tales within the pages of The Touch of the Sea: fantastical, at times eerie, with sightings of mermen, water spirits, and sea beasts (even the fabled “living island,” the aspidochelone) as well as a smattering of pirates. What makes these stories memorable is that they affirm the masculinity of the sea, the taste of brine on another man’s lips. Become mates with such award-winning authors as Joel Lane and Jeff Mann–seasoned storytellers ‘Nathan Bourgeoine, Chaz Brenchley, and Alex Jeffers–and a wide array of coxswains: Brandon Cracraft, Jonathan Harper, John Howard, Vincent Kovar, Matthew A. Merendo, Damon Shaw–under the helm of editor Steve Berman.
.
The Touch of the Sea
I wanted to do a book that would feature a gay merman story. Guess what? I did not receive a single merman tale. But…I did get a lot of really terrific stories that involved the sea and magic and monsters and love and loss. So I remain very proud about this book, which has not received a lot of attention compared to my later spec fic anthologies. It’s a solid offering to those who enjoy gay fantasy.
We have two copies of The Touch of Sea to give away either in print or digital editions.

I love gay fantasy. Thanks for the chance to win this.

I’ve read Nathan Burgoine and Jeff Mann, but not the others. I love discovering new authors. All the stories look good. Add me to the giveaway please.

Please put my name into the hat as well. Thanks

Public Librarian and blogger. My reading is always gay male focused. Would love to have a chance to win the digital version of The Touch of Sea. Thanks Steve!

I love books that step outside of the norm. I can tell these are all great stories.

What a great collection of what looks to be very unique stories.

What no mermen stories, I only hope that perhaps tentacles might feature then? 😀 Thank you all for a chance to win a copy of this anthology.

So, this is one I have in ebook, and I would love to get it in print. If the giveaway deities would grant me such a bounty, then I would happily accept. I’m happy for whomever wins, though!