To celebrate On Top Down Under Book Review’s 3rd blog-versary, Steve Berman and Lethe Press have kindly offered to give away a book a day during the entire month of October.
.
All you have to do to enter is leave a comment on the bottom of each post. If you receive a spam notification while commenting, no worries. We will see it and move it to the appropriate post.
.
Good luck to all who enter and make sure you check back daily to see the next giveaway!
.
Join us in sending a huge thank you to Steve and Lethe Press for the generosity in helping us celebrate our 3rd year!
. 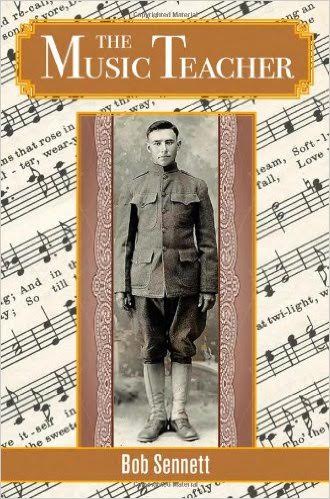 The Music Teacher by Bob Sennett

Growing up in the early years of the twentieth century, Joe Dooley allows his love for music and his passionate friendships with other young men to blind him to the tides of revolution rising around him in British-dominated Ireland. When he realizes he can’t support himself teaching music in Dublin, he enlists in the British Army’s peacetime reserves-only to be swept up by the Great War convulsing Europe. Guiding his men through the chaos of the Western Front, Joe comforts himself with music and memories of dear friends: adventurous Severin Coole, an Irish Nationalist, and fiercely loyal Harry Vogeler, an expatriate of Germany. A sniper’s bullet throws Joe into the care of conscientious objector Davy Rose, in whose arms he begins to discover a kind of love he had not believed possible. But then he learns that Severin is actively working to liberate Ireland of the British yoke, and during the Christmas Truce discovers Harry across the trenches in the German army. Loyalties increasingly divided, Joe must choose which cause is truly his and which man will be his true partner.

Bob Sennett was on the verge of retiring from his life as a university librarian when he approached Lethe with this ms. Lethe’s sales of historical gay romances had been solid, so I took a chance on this long first novel. It made it all the way to the Lambda Literary Award finals for debut gay fiction! Sennett now lives in Italy and we’re trying to find a schedule the works for both of us so more books may be coming.

We are donating one print copy or ebook to a lucky reader.

Please include me in the draw. Thanks

I’m a big fan of historical books. Thx for the giveaway.

I’d love to win this. It sounds like exactly what I’m looking for right now. Thx!

I would enjoy reading this historical novel, so thank so much for a chance to win a copy, partly as I love history and it reminds of EM Forster’s Maurice and Mary Renault’s Charioteer. I know Maurice is set pre first world war and Charioteer is set during the second world war, but both give you a sense of how difficult was for gay men and that both have a sense of hope and love.

Oh wow, this sounded amazing just on its own and then to read how it’s a debut novel and made it as a finalist as a Lamda debut, that’s awesome! Wow, again, so looking forward to reading this. It wasn’t on my radar before, so I’m so glad it was featured during this month. Thank you for sharing with us!