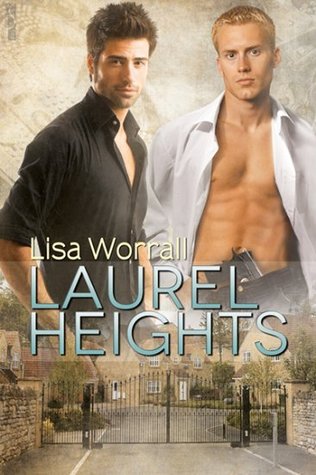 A really good M/M read with mystery and likeable leads.

I didn’t really know what to expect going into this book. I like a cops/mystery/ M/M, but Lisa Worrall was a new author, to me, so it can be hit and miss. Glad to say it was a hit.

Basically, Scott and Will are detectives sent undercover as a gay couple into Laurel Heights, a (very small) gated gay community after suspicions about a murder/suicide. I’m not sure that the police would ever allow two supposedly straight men go undercover this way, but the premise was sexy nonetheless so I was in. I like whodunnits plus police in M/M, and this book was a good one. The two MC’s, Scott and Will, were witty, sexy and well written characters in general. While Will is (sort of) out in the open (not at work though) Scott is well and truly in. Will is more conservative about his partners, not having had many, Scott likes the smorgasbord that the gay nightlife can offer a good looking, well built bloke.

I always enjoy a book so much more when I like both of the main characters, I really liked both Scott and Will. Their banter was good, and I liked their constantly ever-changing, inner, pet monikers for one another. Admittedly the monikers were a mouthful but I found them clever, endearing and funny. The guys were good together, even though it did take a while for them to really get down and dirty. The sex was pretty well written and, if you don’t like too much sex, you will probably like this book. I can do with my sex a bit raunchier, but I liked the story so much that I felt satisfied with the ratio of sex to storyline here. Plus the mystery was well written. The He of who had killed two men in the community and who was abusing another was well concealed by Lisa Worrall, making it intriguing until the reveal.

The ending was good but I would like to think that a sequel is in the offing as it would be 1)welcome and 2)necessary to conclusively settle the ‘who’ (yes, it’s cryptic but I don’t want to spoil it). I would like some more on the other characters as well, including Grace and Julie as they were great work partners for Scott and Will. In fact all the characters, primary and secondary were interesting, including the antagonist. Definitely a good read if you are looking for one.