Pets Draw Us Together

Hi Kazza and Cindi. Thank you so much for hosting me today. And Happy Birthday!

As a veterinarian, I can say that pets play a very important role in our lives. They offer companionship, love, and support. In return, we feed, shelter, and care for them. These roles are not cut and dried. Sometimes they take care of us.

This has been true since the first “caveman” domesticated the first wolf. Through the ages, some things have changed and others have stayed the same.

Ancient graves in Greece and Rome show that dogs haven’t always been tools to aid their owners. They were loved in their own right for their loyalty.

There are animals in my Apollo’s Men series. Alexios has a stallion named Draco. Galen 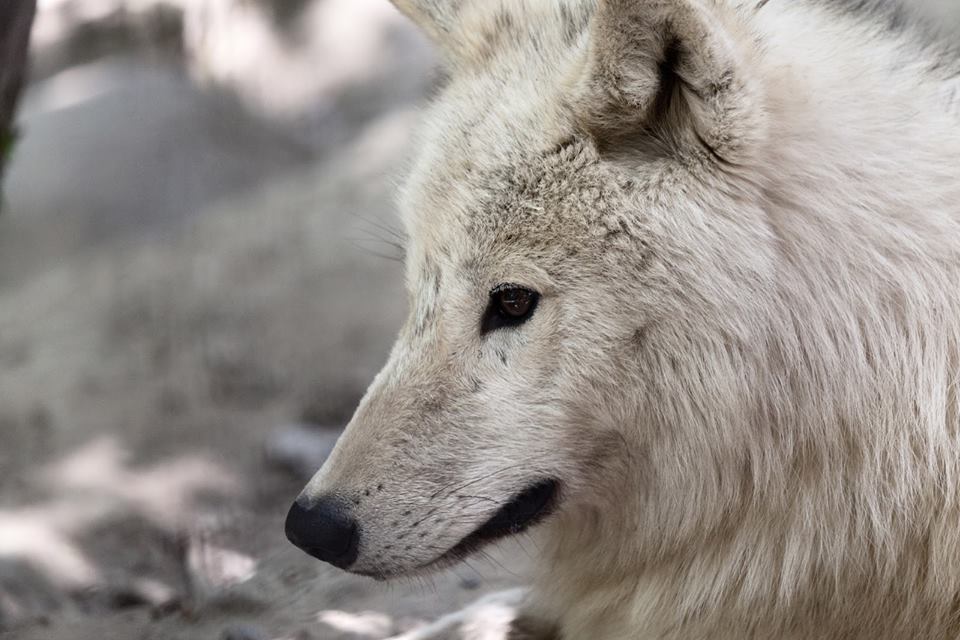 helps a hurt puppy. Andreas has a ferret named Ictis. He also has a flock of goats. The buck is Pan and the does are named after nymphs. Coridan is accompanied by a wolf he names Kyria.

Studies indicate that pets with human names are treated better than ones named That Darn Cat or Stinky Dog. Coridan did well by his wolf. Kyria means lady. Andreas’ goats are named after a god and some nymphs. However he didn’t do so well with Ictis. Ictis means ferret. He acquired Ictis soon after his mother died and he wasn’t feeling particularly inventive at that point in his life. And as he explained to Coridan, Ictis suits the little clown.

For some while, Ictis was Andreas’ only real companion. While he had neighbors, they had limited opportunities for socialization. Andreas was trying to work his homestead single-handedly. That might not sound so difficult, but he had to provide an annual tribute to the Spartan he and his land “belonged” to. Therefore he spent his days toiling for another and his nights hiding in the safety of his hut.

Andreas is a helot, a type of slave that more closely resembles mediaeval serfs. Helots were forbidden to be outside after dark, a prohibition punishable by death. So no parties at the neighbor’s house, no square dances, no gazing up at the stars with one of the neighbor’s daughters.

Andreas spends more time conversing with Ictis than anyone else. He tells the ferret his plans, asks for Ictis’ opinions, shares his hopes and dreams and fears. If Andreas had thought of it, he probably would have carved Andreas + Ictis BFF on one of the trees.

When Theron first started coming around, Andreas thought the kryptes meant to kill him. Instead they began a strange circling dance of natural enemies that finally resulted in a 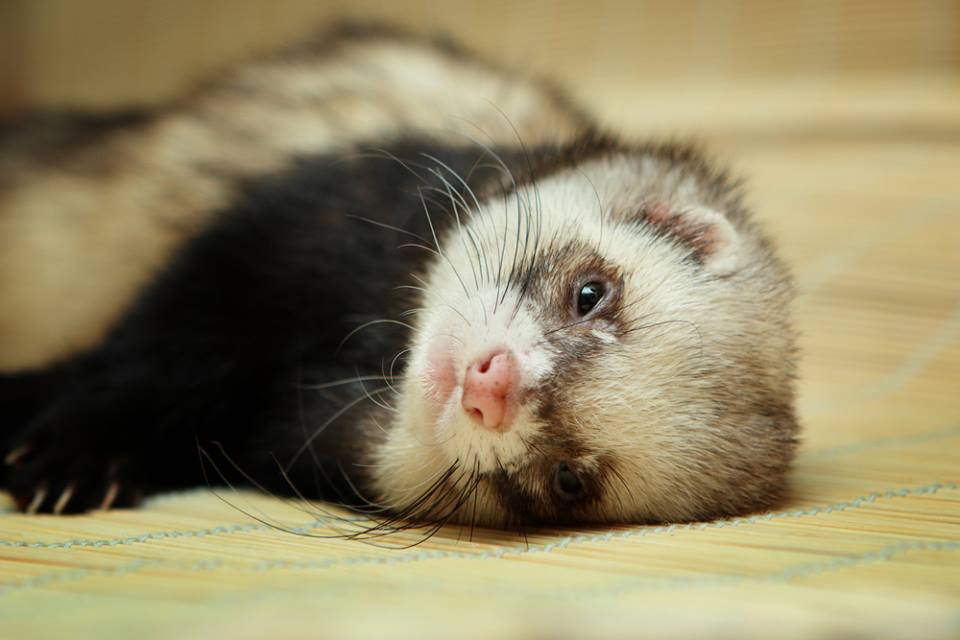 Ictis helped them along by giving them a topic of conversion and providing amusing antics. He made Theron less scary for Andreas. Who can be too worried about a man playing with a ferret and laughing?

Ictis made Theron human instead of one of the shadowy kryptes who killed helots for sport.

Kyria served a different function for Coridan. She took on the alpha bitch with a cub role. Coridan had come close to starving himself to death. Kyria wouldn’t allow him to continue. She brought him food and more or less insisted that he eat.

Once his heart started to heal, she set up housekeeping there. She became his companion and made him happy. Even when he met up with Theron and Andreas, she continued in a motherly role.

During their travels, Andreas met two of Theron’s shield-brothers. Nisus didn’t like Ictis and treated Andreas poorly. So when he met Coridan, Andreas expected more of the same. Instead, Ictis approved of Coridan. Once again, providing a helot and a Spartan something to talk about as they found out more about one another.

Excerpt from A Shared Love:

Ictis chose that moment to waddle out of his bag. The wolf came up on her feet, muzzle and ears trained unfailingly on the ferret.

“Ictis!” Andreas reached for him as Coridan grabbed the wolf by her scruff. The other man kept his grip, tugging until she settled again.

Picking Ictis up by the scruff, Andreas drew him against his chest. Ictis squirmed a little before settling onto Andreas’ shoulder. “That was close!”

“Give me the ferret,” Coridan requested.

Andreas glanced at Theron, loath to have Ictis any closer to the wolf. He hoped Theron would read that on his face and refuse his shield-brother.

Theron scooped Ictis up before Andreas could prevent him. With a regretful smile, he carried the ferret over and handed him to Coridan. “See that you don’t. I like the little pest.” Theron settled next to his shield-brother, doubtless attempting to make up for his previous distrust with this show of faith.

Scowling at Theron, Andreas hoped the man realized that he would never forgive him if something happened to Ictis.

Coridan deposited the restive creature in his lap. Andreas examined the ragged young man closely. Now that he was no longer half-obscured, he appeared threadbare, worn down to nothing but determination.

He held out one finger and Ictis touched the digit with his nose. Coridan waited a moment before stroking down the ferret’s sinuous spine. Ictis nearly folded himself in half chasing the man’s hand, chuckling happily.

Theron’s brother laughed as Ictis burrowed under his phoinikis. Kyria rose and cautiously nosed the wriggling lump. Ictis popped back out and touched his nose to hers. She stepped back, shaking her head and sneezing. Losing interest in her, the little rascal returned to his explorations.

Kyria stood, head cocked to the side watching the ferret lurking under the red cloth, clearly at a loss. Eventually, she gazed up at Coridan before subsiding with a gusty sigh almost as if she was asking if the man was sure about this.

Now that Ictis was no longer at risk at the young man’s urging, Andreas was more favorably disposed to him. Anyone who would indulge his ferret couldn’t be all bad. Just look at Theron. Even more importantly, Ictis trusted Coridan.

This giveaway is for two (2) readers. A choice of an e-book from Kayla Jameth’s backlist  It runs until Midnight (US EST) Sunday October 16th. Just leave a comment below for a chance to win.

GIVEAWAY OVER. CONGRATULATIONS TO LISA AND SHIRLEY ANN SPEAKMAN 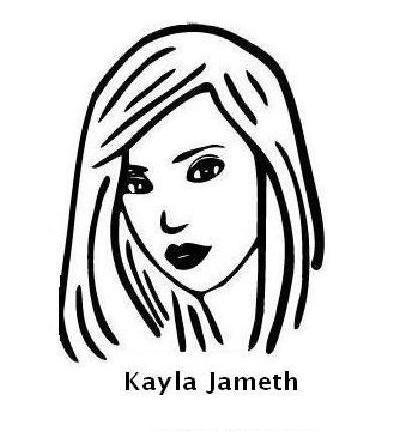 Rainbow Award author, Kayla Jameth grew up on the family farm in Ohio. An unrepentant tomboy, she baled hay, raised cattle, and her father taught her to weld before she graduated from high school. She attended Cleveland’s Case Western Reserve University and later, Texas A&M University in her pursuit of veterinary medicine, taking her far away from her rural roots. But it wasn’t all hard work for her, her sojourn as the princess of the Celestial Kingdom left her with the title “Sir” and a costume closet the envy of many knights, lords, and ladies. After declaring for years that she was not an author, Kayla now finds herself writing m/m erotic romance outside of Houston, Texas. While you can take the girl out of the country, you can’t turn her into a city slicker. Kayla would still rather be outside getting down and dirty with the boys. She shares a full house with her favorite animals: a dog, a cat, four guinea pigs, as well as her husband, son, and daughter.

Thank you for the post. I do agree with you about pets. I’ve always had a furry companion, right now it is a cat, Lula, my flat mate, and the reason why I come to a home instead of an empty flat, every day after work… She makes my days better.

Most people will agree with you that fur babies make a house a home.

Thank you to Kayla Jameth for stopping by and helping us celebrate our 4th anniversary! I agree about pets. We have a crazy cat who is a very important part of our family. She’s also a diva and thinks she’s human. 😀

I love the excerpt.

Thanks for hosting me!

I’m glad you enjoyed it. I was hoping to show how both Kyria and Ictis linked their people together and gave them something in common.

I totally agree we’ve had four cats and two dogs over the years and I think having a pet is really wonderful they bring so much love into your house and make it a home.

I’m glad to say pets have become children to most people. I don’t remember the last time I was told, “It’s just a dog, doc.”
They give and receive love.

Thanks for the post & giveaway. I agree about pets. I’ve missed having one when I’ve lived in places that didn’t allow them. Thankfully I now own my own home & my cat is king!

I hope you enjoyed the excerpt. Kyria and Ictis play a huge role in calming Andreas and bridging the way to friendship with Coridan. And poor Coridan so badly needed someone (Kyria) to love him.
The Spartans’ appreciation of their companions was not unheard of in that era, but was far from universal.

Pets are the best. I can’t imagine my life without my Cockatiel Puddin’ he’s cheeky and sings me beautiful songs when he isn’t jibbering his Puddin’ talk. 😀

They all have some little thing they do that is just too precious for words.

I certainly understand the importance of fur/scaly/feather/slimy/etc ‘babies, partly as they are sometimes more trustworthy, understanding and loyal than our human counterparts. I am often more relaxed with my cat sharing my home office, hijacking the office chair and sleeping on the keyboard and any ‘feed me now’ or ‘Attention Now’ interruptions than I might be from my colleagues, family or friends 🙂

They definitely make us feel special with very little effort. And deserve our love in return.