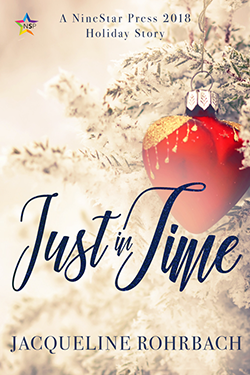 The legendary ghosts of Christmas—Past, Present, and Future—failed to cure Evan Eazer of his misanthropy. He hates people, loves conflict, and has a swearing habit to boot. Phil, the Ghost of Imaginary Time couldn’t be more thrilled. Finally, it’s his turn to get off the bench and into the game. He’s sure he can cure Evan and earn back his place in the giving-people-Christmas-epiphanies rotation.

Evan won’t reform easy. He’s immune to Phil’s many charms and seems content to live out the rest of his life bitter and alone. Worse, Phil’s time on the bench has left him ignorant to the ways of humanity. He struggles to navigate the new world and find his place within it let alone help someone else find his way back on the right path.

But one thing Phil does understand about the strange world in which he finds himself is Evan and his pain. He knows what it’s like to be misunderstood by pretty much everyone. But can he get Evan to understand him, too?

**NSFW REVIEW BECAUSE OF SWEARING**

Evan Eazer is perplexing the ghosts of Past, Present, and Future. He doesn’t care about any of them or what they have to show him. For example, if they show him a sad and lonely grave his answer to that is cremation. Evan works at NASA, swears like a trouper which, apparently, is par for the course there, and these ghosts that are trying to give him a conscience are merely an imposition.

“That guy is an irredeemable wanker,” The Ghost of Christmas Present griped.
“I’ve met serial-killing clowns I’d like to spend more time with,” The Ghost of Christmas Past agreed. “The world is a darker, desolate place with him dwelling in its recesses. He festers like a tooth with an abscess, rotted beneath the glossy enamel.”
“Cut the emo shit, Future. Just say he’s a damn wanker,” Past said.

The Christmas Ghosts are being a bit melodramatic about Evan. Still, he’s curmudgeonly, especially given he isn’t old, and if you asked an Aussie, well, we’d agree that ‘wanker’ fits him about right in the beginning. So they discuss sending in the lesser used ghost of Imaginary Time, or Phil as he decides to name himself – Schrödinger’s 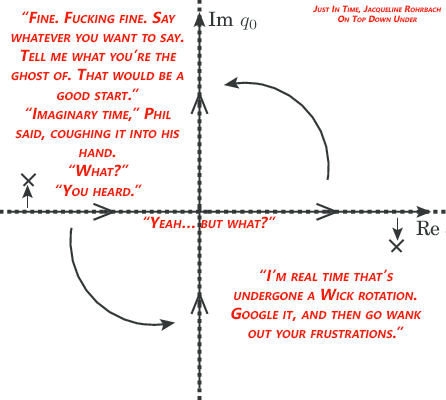 ghost as I referred to him. Past, Present, and Future debate the merits of Imaginary as he can be both a complex and nebulous construct, and he has a tendency to blow a few people’s minds. Still, kudos to Imaginary, or Phil, for getting a job at NASA to be close to his target, where he joins in the swear-y culture, and he enjoys the gig. But employment and HR can be fickle beasts, especially when you’re cavalier and you don’t read the ‘human manual’. Especially when you tend to eat the sweets on your desk that are meant for others, and you behave somewhat… bizarrely.

Apart from Evan’s humanity being at stake, there’s a sacked worker, Bobbie, and there’s Tiny Tim, Bobbie’s son, who has cancer. The cancer connects to Evan as well in a couple of ways. Could Imaginary come through where the tried and true ghosts have failed? If so, will it make him human? Becoming human is a risk of the job and something that can happen to the ghosts if they care too much – remember guys, empathy not sympathy. Will Imaginary give two fucks? Because, seriously, swearing is this version’s zeitgeist and sometimes more than two fucks can be found. There is a romance at the heart of this retelling too, and that was nice. The idea of a contemporary gay A Christmas Carol, which is my favourite Christmas story, was done justice.

Evan’s eyes were bloodshot, his face streaked with tears. Black smudges under his eyes indicated a tiredness Phil hadn’t seen before. Uncomfortable urges to clean Evan and put him in bed with a kiss on the brow and some rigorous cuddling confused him. He’d never experienced these impulses with other humans, not even a vague inkling, and he wasn’t quite sure what to do with himself.

I have to be honest, I was won over so much by the use of the words ‘wanker’ and ‘feck’ in Just in Time. Wanker is such an Aussie-ism – British too – it’s a favourite noun, and feck reminds me of Ireland, also of one of my absolute favourite TV shows, Father Ted. If you’re looking for sweet, funny, and quirky, especially quirky, for your Christmas or festive reading, then I can certainly recommend Just in Time because it fits these descriptions to a tee. Totally entertaining reading. 4 Stars! 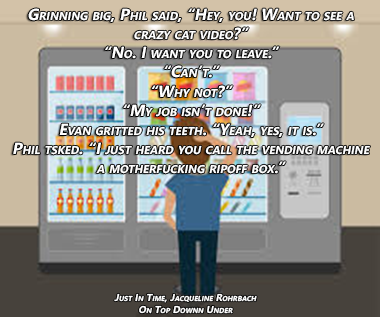 I love re-imaginings. The visuals are awesome and are so perfect for the quotes you used. And Evan Eazer. What a name. 🙂 This looks so entertaining.

Me too. I love a good reimaging, and I’ve watched or read a few A Christmas Carol retellings over the years. This was funny, interesting, with a dash of emotion and a little bit of sexy – a good mix.