How to Save A Life, Sloan Parker 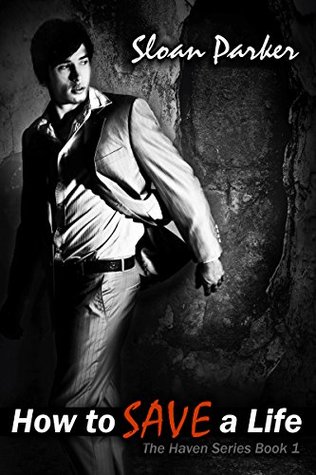 When I reviewed MORE, by Sloan Parker, I actually commented then that I hoped Walter would get his own book. Imagine my delight when I found out he was getting one. I thought he was suave, enigmatic, honest, older (love to see an older guy get a guernsey) and a good friend to Luke, one of the MC’s in MORE.

The basic premise here is (much) older, experienced, out gay man, with a past, meets younger, virginal, in denial/closeted gay man, also with a past, at a gay club while both are there in an unofficial/official capacity – Walter for the friendship with the Haven’s owner, Vargas, and his role as club security consultant. Kevin as a journalist attempting to go undercover to see how three young, gay men connected to the Haven have gone missing without reports being filed, and why. Plus he’s curious. Walter and Kevin are thrown together by circumstances and have to work together to get to the bottom of what is going on.

During the course of the book more young men are abducted and Kevin is a mark. All the abductees are in their twenties but look considerably younger, as does Kevin. Even with added cameras and security no one sees these young men being taken out of the club. The mystery/suspense component of the book was well written and kept me turning pages.

However there is more. Not only does the reader get involved in the main characters stories and feelings, but the mind of the person, the Protector, who is actually behind the young men being abducted. I will say that the Protector did set my nerves on edge, possible due to his third-person creepy narrative. If you are not too keen on the darker side of rape, torture, beatings etc, then this book has your back as Sloan Parker did not delve into that information, it was more off page. 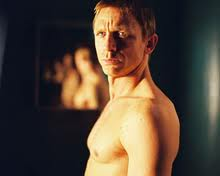 Walter Simon is forty eight, an ex cop who now runs his own security firm. You learn that he didn’t part with the force on great terms and why that’s the case. Walter isn’t a ‘player’ at the Haven, he doesn’t go upstairs with men, not that he doesn’t have offers, he sure does. He likes the camaraderie there, he’s friends with the owner, he watches, and in MORE was a great help and confidante for Luke. Walter lost his partner, Gary, five years ago to cancer, and he hasn’t wanted to get back into the relationship game. But the catch 22 is that he doesn’t like meaningless casual hook-ups either. So Walter is more serious and has learnt to be somewhat detached from life, although he’ll tell you he’s ‘just fine.’ I already had Walter-like from MORE, and that relationship continued for me here in How to Save A Life. He is charming, takes his job seriously, is honest as the day is long, caring, and is old-school in many ways. All of them good. He takes in one of the abductee’s dog Charlie, and takes care of him. You have to love an animal lover. 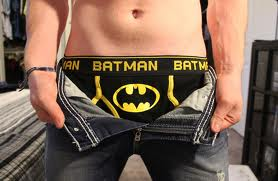 Kevin Price is twenty nine, a reporter who seems passionately hell-bent on discovering what has happened to the young men that have gone missing at the Haven. More than just a reporter looking for a story. Kevin suspects that the owner, Vargas, is in on it as the police haven’t been brought in and, after all, it’s a gay nightclub. Kevin is a closeted gay man going into the club with preconceived ideas about what the Haven is really all about – trafficking, drugs, cover-ups – you name it he believes the worst. He also has a feeling that it feeds stereotypes, but as the story develops you discover why he feels this way. I found Kevin hard to like immediately, but as the book progressed I thought he was a really lovely character and perfect for Walter. He’s dorky and wears superhero and shamrock boxers. Is a major klutz, he literally falls over Walter’s shoe at the very beginning, bumps into things, falls on his arse, knocks things over and is generally sweet and funny. I laughed at how he saw Walter as a vampire before he knew who he was –

As the book progresses, and Walter is more and more smitten with Kevin, and vice versa, he worries about his age. About their age difference to be specific. A lot. He worries that not only is Kevin nineteen years his junior (48 to 29), but he is older than Kevin’s father and that he will deteriorate while Kevin is still young. That Kevin will have to watch Walter die as Walter did Gary. He also knows that coming out is a big deal for Kevin and feels he should experience more than one relationship, and more of life. I liked this because as a person with an older partner I know it is something realistic, that you do think about these things. However, I also liked that Kevin wouldn’t let this get in the way. Let’s face it  you could get hit by a bus tomorrow. Age for Kevin is not the intense issue that Walter sees. If you love someone then that’s what counts. 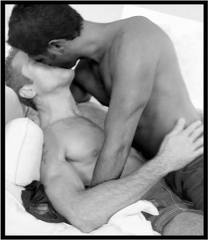 ….he spun around, gripped the back of Walter’s neck in both hands, and tugged him down. The kiss that followed was beyond passion, beyond desire. Like an essential need. Like holding your breath too long, then sucking in a gulp of fresh air. …

“We should go.” He didn’t make a move to leave. Instead he leaned in. Walter met him halfway until they had their mouths locked. This time Kevin’s lips moved leisurely over his tongue taking long drawn-out tastes like he couldn’t get enough of Walter….Like he wanted more and more and more.

And the answer by Walter to Kevin’s question of what it’s liked to be fucked is too long to put in here but you won’t miss it at around the 21% mark. So the eroticism is definitely there and when they get together it is hot.

This book ended with a strong pointer to who the next book will be about and I cannot wait for them. I am hoping it will be edgy because that’s definitely some baggage they have to get through, and I am rubbing my hands together with much glee. Yes, I’m bad 🙂

Even though Walter appeared in MORE this is a standalone book. Yes, Richard, Luke and Matthew all make an appearance here, and while it’s nice to know them you don’t need to. How to Save A Life is a well rounded book. There is strong technical and creative writing, including plot, good characters, primary and secondary, humour, eroticism/sex, with a compelling  mystery/suspense storyline. While there was that instant attraction or interest between the MC’s, declarations of love did not come straight away. There were no throw-away, silly nicknames. I liked who was saving a life and the metaphor of the title as well. It is an interesting progression in Sloan Parker’s writing. I can’t wait for the next book in The Haven series. Highly recommended reading.