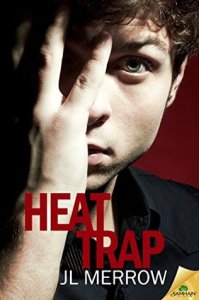 The wrong secret could flush their love down the drain.

It’s been six months since plumber Tom Paretski was hit with a shocking revelation about his family. His lover, P.I. Phil Morrison, is pushing this as an ideal opportunity for Tom to try to develop his psychic talent for finding things. Tom would prefer to avoid the subject altogether, but just as he decides to bite the bullet, worse problems come crawling out of the woodwork.

Marianne, a young barmaid at the Devil’s Dyke pub, has an ex who won’t accept things are over between them. Grant Carey is ruthless in dealing with anyone who gets between him and Marianne, including an old friend of Tom and Phil. Their eagerness to step in and help only makes them targets of Grant’s wrath themselves.

With Tom’s uncertainty about Phil’s motives, Tom’s family doing their best to drive a wedge between them, and the revelation of an ugly incident in Phil’s past, suddenly Tom’s not sure whom he can trust.

The body in the Dyke’s cellar isn’t the only thing that stinks.

I love these books and Heat Trap which is book three in The Plumber’s Mate series takes the cake.

I love the way L.J. Merrow writes her British characters and leaves them to speak freely with their slang. Maybe being an Aussie makes it a lot easier to understand it because it resembles our slang and is so similar at times to the way things are phrased in the UK. This is not an easy thing to do but she has done it with startling aplomb.

I have never in my life physically laughed out loud, sputtered, snorted and giggled so much from one book alone, I actually had to stop a few times to collect myself. It’s hilarity and one liner’s, even during the face of adversity, keep on coming thick and fast. This has to be close to one of the funniest books I’ve ever read although do not get me wrong, it is not a comedy.

This is yet another fantastic thriller/murder mystery, as are the rest of the books in this series but Heat Trap is by far the best with it’s smart but slightly transparent plots that are entwined with the funniest dry wit and never ending banter between the main characters and their friends. Heat Trap is also a great title as this book is a trap in itself, you feel like you are trapped within it and along for the full ride.

You really have to get to know the characters and they get established very well during book one and two but come book three, L.J. Merrow has put you on such in intimate level with them that these books just flow and if you need a good belly laugh then just read these books.

They do have a supernatural current running through them but it is not absurd. I know a couple of people have struggled with the first two books, but to reach the proffered cherry at the end of a martini stick you want to pop it then get cracking!!!!

The writing is excellent, the slang might be a slight challenge for some but I’m sure you’ll figure it out, and if you can’t then trust me when I say it’s worth googling it as you go. 5 Stars.

Great review, Paul. I’ve read several by this author and have been a fan since the first one. I love her humor as well.

This looks like a great book. I’ll have to check out the series.

Thanks for another good review, Paul. I like the fact that J L Merrow keeps it British as well.

Thank you, it’s worth the belly laugh