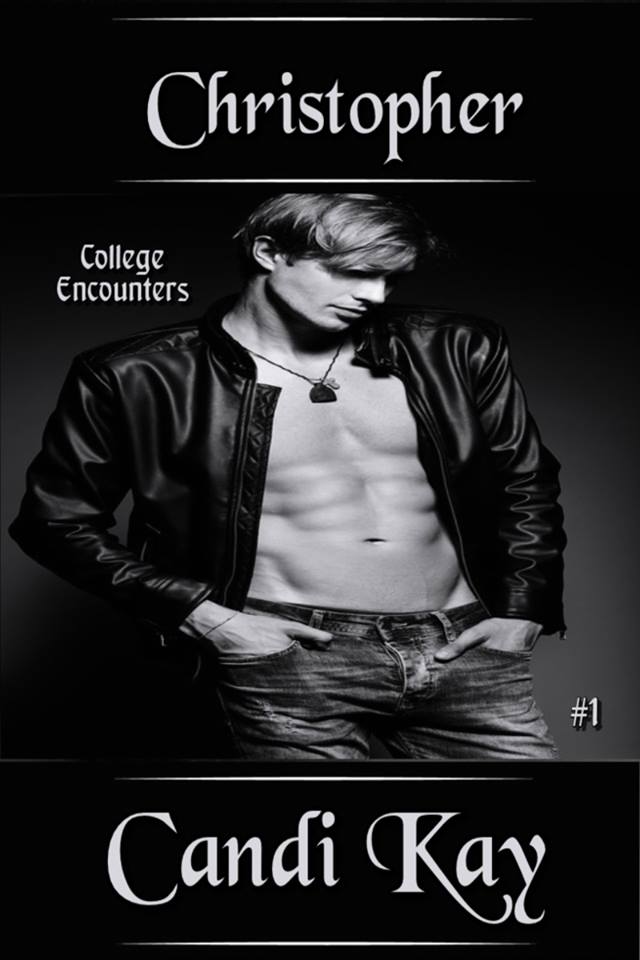 Christopher just wants to get laid. Nothing more. Nothing less. He doesn’t want romance – just sex.

While seeking out gay porn on the internet he stumbles across details about an exclusive sex club in his town. Convinced this is what he’s looking for, he works up the courage to go to the club a few days later. He almost turns back the way he came when he sees an intimidating bouncer standing outside the door. He’s one step from leaving when he’s ushered inside. Two members have seen Christopher on the security cameras and are eager to play with him – with conditions. He must wear a blindfold and vow that once the night is over he won’t show up at the club again. Nervously, he agrees.

Even blindfolded it doesn’t take long for him to recognize the voice of one of the men as someone he knows well. More turned on than he’s ever been in his life, he allows the man and his partner to do anything and everything to his body without complaint. When it’s over he’s guided out of the club and the blindfold is removed. Flying high, he knows he’ll have to hook up with those guys again, especially now that he’s certain that the one who took his virginity is his favorite professor. Will he embarrass himself when he’s forced to face him in class the following Monday? And does he dare risk going back to the club the following weekend, his promise be damned? 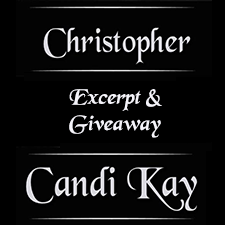 “Okay, Christopher, here’s what we’re going to do. You’re being given a one-time pass to go further into the club. If you’re a good boy you’ll leave here having accomplished what you set out to before you came to the door. If you’re not, you’ll be escorted out, and trust me when I say you don’t want my men removing you. Understood?”
Confused, I nodded, wondering what member could know me.
“Yeah, but what’s going to happen?”
He grinned and damn it if I didn’t find it sexy as hell.
“What would you like to happen, pretty boy? You wanna get spanked? Gagged? Your ass fucked?”
My dick got so hard it was starting to hurt.
“Oh, I see you like the thought of at least some of that.”
He pulled his white tee up and off and tossed it on the desk. His chest was slightly furry and all I could think about was crawling over the desk and rubbing my face on it. Seeing my reaction, he chuckled.
“Not me, boy. If you want to play, you’ve gotta tell me what you want.”
My dick was so hard it felt like it would be bursting through my zipper soon. I’d never been one for bears, but holy hell, I could only imagine climbing on his lap and feeling his cock shoving inside my virgin ass. Even his growly voice was sexy.
“Or better yet,” he continued when I didn’t say anything, “how about we make it easy for you?”
“What do you mean?”
“You a virgin, Chris?” I looked down, embarrassed. “Nothing to be ashamed of. We all had our first times.” He motioned toward the phone again. “If it’s anonymous sex you’re wanting, I can arrange that easily. I’ll take you to a private room and you can play as long as you want.”
My eyes met his across the desk. 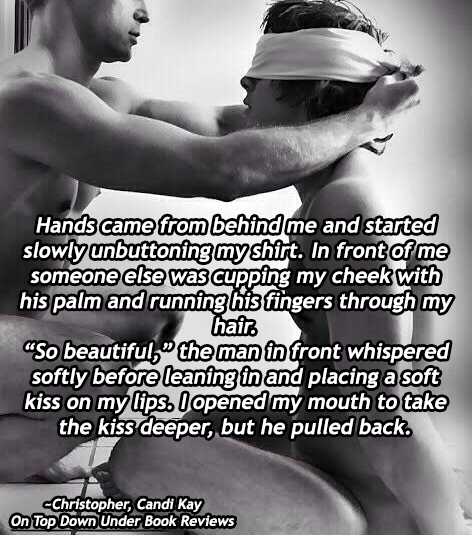 “Who was on the phone?”
He ignored my question.
“You’ll be blindfolded and won’t see who’s doing what. A completely anonymous fuck. You’ll be well taken care of and then you can be on your way.”
“No blindfold.”
“You’ll be safe. The ones wanting you right now would hurt themselves before doing something to harm you.”
Ones?
“You can stop it at any time. All you have to do is say the word and it’s over. No harm, no foul.”
“I don’t want to be blindfolded.”
He stood up and walked around the desk and stopped at the door, his hand on the doorknob.
“Then you need to get your cherry busted somewhere else. No blindfold, no deal. The club is private and we cater to men who don’t want their identities known to newbies. If you were a member, it would be different. You’re not. You’re merely considered a guest by a couple of our more important clientele.”
I stood up.
“What more important clientele?”
He glared at me again before opening the door.
“None of your damn business. What are you going to do? Stay or go.”
I looked at the open door and back up at him. Boldly I gave his naked chest a once over before looking him in his eyes.
“I’ll do it.”

GIVEAWAY NOW OVER. CONGRATULATIONS TO JILL

We have a giveaway for one reader. Simply leave a comment below before Sunday, July 17th (USA Eastern Time) to be in the running to win an e-copy of Christopher. Thanks for dropping by and good luck.  (So we can run things smoothly, please contact the blog within 48 hours of being contacted about winning the giveaway.)

Candi Kay spends her days being a good girl and her nights lost in her kinky imagination. After writing for years and doing nothing with it, she finally took the plunge and put her words out there.

You can find Candi on Facebook – Amazon – Twitter – her blog –
or email her at CandiKayAuthor@gmail.com. She loves hearing from readers!

Thank you for hosting the giveaway! I’m loving the photo you used with the quote. 🙂

Thanks for being part of the blog with the giveaway and excerpt.

Quite a tease on that excerpt. Curious to see where the rest goes.

Exactly, Angel, quite the tease 🙂

Thanks for stopping by and checking out the excerpt, Angel! Good luck in the giveaway!

I’ve read most of Candi Kay’s books too, Lauren, and this is hot 🙂

I haven’t read this writer before but I like that excerpt. Thnx. 🙂

Glad you like the excerpt, emmanem. Thanks for popping by 🙂

I’m glad you like the excerpt, emmanem. Good luck in the giveaway!

I hope you enjoy, Christopher, Jill. Thanks for stopping by and good luck in the giveaway!

Like the excerpt. This looks good. Add me to the giveway plz.

Definitely will add you, Thanks, Mischa 🙂

Thanks for commenting, Mischa! Good luck in the giveaway!

Thank you to everyone who stopped by and commented. Thanks to Candi Kay for the excerpt an giveaway.

Congratulations to Jill for winning an e-copy of Christopher.