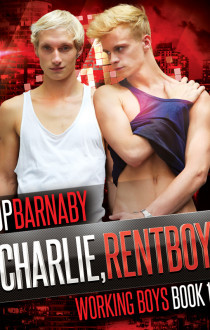 Got two hundred and fifty dollars for an hour of fun? Then say hello to Charlie, a hot little rentboy working his way through an engineering degree on his back.  He’s got shaggy blond hair that’s great to hang on to while you fuck him from behind, and sweet innocent blue eyes that look very enticing when he gazes up at you with your cock in his mouth. That is, until he’s hired by innocent rich boy John Middleton, head of Middleton Communication. John is so far in the closet he could find Narnia. But when John and Charlie get together for an explosive weekend of sex, everything goes to hell.

Charlie – not his real name, you need a pseudonym in a number of areas of work, rentboy being one – is an engineering student. He prefers the idea of the money he can make selling himself as opposed to fast food employee. It helps him through college on his partial scholarship, as well as paying other bills and rent.  He is happy within himself – he works out, a lot, has a good body and an arse that could be framed liked a Rembrandt. He also likes sex and it helps in his line of work. All good attributes for repeat business and his next john wants to spend the weekend with him, good money if you can get it. 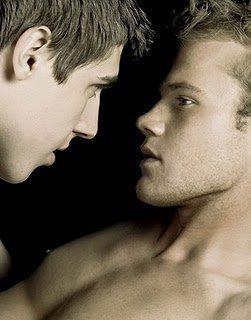 His john for the weekend is named John, not unusual, it is one of the more common names he encounters from clients who also don’t wish to have their name out there when paying for sex. The thing is, this john’s name really is John and he is in his twenties and pretty damn nice on the eye. He also has an innocence and a naiveté attached to him which comes to the fore in an unusual way when they first have sex and again later.

Charlie has rules in place so as not to get too close to the client and to not get entangled. A number of these he mentions throughout the beginning of the book. But those rules get blown out the door by John. It sounds like it is a typical rentboy meets john and they fall happily in love, but it has a bit of a twist and the characters are both quite engaging and sweet. The reader gets to know a little something about both men, particularly Charlie, in the short amount of pages allocated.

Overall, Charlie Rentboy is for lovers of quick and easy rent-boy reads, who like sweeter stories rather than raunchier, and for readers who like a bit more emotion attached at the same time – J P Barnaby made sure there was a story to go with both MC’s to help with this facet.  Nice, easy, sweet reading.

This book was supplied to me by Wilde City Press in return for an honest review.

The blurb sucked me in on this one when I read it awhile back. I like when there is a sweeter side to (some) rent-boy stories. I have this one on my list. 🙂

You would like this, Cindi. Definitely. Look how tame my pic is for a rent-boy story. Not like me at all 🙂