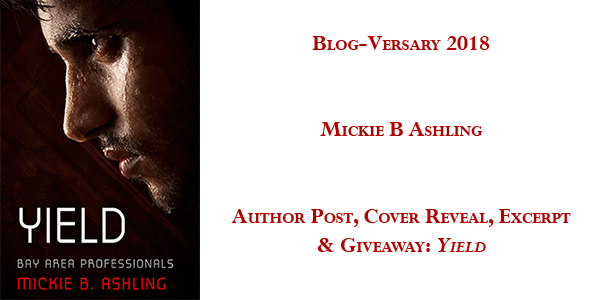 Once again, I have the honor of taking part in celebrating another successful year for On Top Down Under Book Reviews. Six years is a long time in our constantly shifting genre, but OTDU has not only managed to stick around, they’ve continued to enlighten and inform with painstakingly detailed reviews. Some of us have had a rocky year, and I know Cindi and Kazza are no different, but personal issues never derailed this duo. I can’t tell you how many new authors I’ve discovered because of their dedication.

Last year I toasted their accomplishment and I’d like to quote myself because my feelings haven’t changed.

“Book reviewers are the life blood of our industry. While many blogs have closed, On Top Down Under Book Reviews continues to generate thorough, insightful, and honest reviews, a gift in and of itself. Join me in raising a glass to commend these lovely ladies, their guest reviewers, and anyone else who works behind the scenes. Thank you for boosting our morale—and chronically fragile egos—with the much-needed recognition thereby inspiring our muse, and possibly generating a sale or two, so we can keep on doing what we do.” 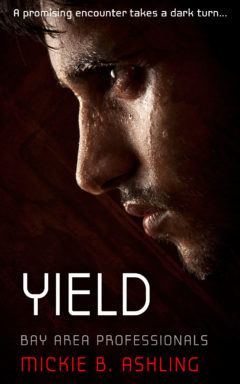 Captain Sami Soros and Father Jay Blackstone cross paths at a major European hub. When systems shut down due to a cyber-attack, flights are delayed and the resulting chaos is unprecedented.

After having served three tours in Afghanistan, recently discharged Sami struggles with his new civilian status. Emotionally depleted, and dangerously edgy, he views most of his fellowmen with utter contempt.

Jay is returning to his parish in San Francisco after a month-long retreat meant to shore up a crumbling vocation. All vestiges of spirituality melt away when he lays eyes on Sami.

Yield by Mickie B. Ashling

Amsterdam’s Schiphol Airport is crowded on any given day, but the scene unfolding when I walked off the Jetway into the arrival area was absolute pandemonium. Twelve hours ago, the computer running the intricate network of arrivals and departures at this gigantic European hub—ranked third busiest in number of total passengers per year—had been hacked. The domino effect of delayed or canceled flights resulted in a maelstrom of missed connections, lost baggage, and queue upon queue of clueless passengers looking for solutions. Weddings, honeymoons, funerals, river cruises, bus tours, reunions, and once-in-a-lifetime business opportunities were too important to be derailed by a bunch of dark-web bandits. Normally efficient and accommodating personnel were inundated with impossible requests, and tempers were pushed to the limit.

I’d expected a two-hour layover before catching my flight back to San Francisco via Chicago, but my trip from northern Spain had been delayed by an unexpected snowstorm. The result was catastrophic in terms of connections, and I was one among thousands trying to find my way home. There was no point in browbeating anyone for better results as my angry voice would fall on deaf ears.

According to the giant monitors advising weary travelers of time and gate changes, my flight was supposed to board at Gate F6. The seats were all taken when I arrived at my destination, and a quick scan of the adjoining gates revealed more of the same. I’d end up on the floor for an undetermined amount of time unless the airline brought in more chairs.

As I considered my next move, my attention was drawn to a guy dressed from head to toe in unadulterated black. His face and hands were deeply bronzed, incongruous amidst the throng of pasty winter complexions. Squint lines radiated from wide-set eyes, and a thin scar sliced through one dark winged eyebrow. The resulting asymmetry changed the stranger from model perfect to dangerously attractive.

The month I’d recently spent at the Sanctuary of Loyola in Azpeitia, Spain, the ancestral home of St. Ignatius, had been an inspirational setting meant to reaffirm my faith and strengthen my resolve to stay the course. A great waste of time, I thought bitterly, all the while checking out the stranger’s physical attributes. When he met my gaze, my stomach clenched, and I quickly looked away, hyperaware of my thundering heartbeat.

Most sensible men would have turned their backs when confronted with temptation, but I was at my most vulnerable. Daring another look, I found him digging through his pea-green duffel. Along with his puffy jacket, the bag was taking up the adjoining seat, which could be mine for the taking. Resolved to correct the immediate problem, I stomped his way with determination. Some sixth sense must have alerted him because he lifted his head and tracked my progress with hawklike intensity.

I pointed at the spot occupied by his possessions, expecting an immediate response. Instead, his grayish-green eyes narrowed with suspicion. When I didn’t move, he clenched his jaw, gathered up his things, and dropped them on the floor by his feet.

“Thank you,” I murmured, settling on the molded plastic chair.

The buzz cut, laced boots, duffel, and edgy demeanor screamed military, but the turtleneck and cargo pants gave nothing away. He wore no distinguishing pins to indicate if he was one of ours or a member of some foreign entity. Trying to ascertain more was impossible while he continued to treat me like I was an interloper. While other passengers twitched in discomfort and fiddled with electronic devices, my stranger sat with his arms and legs crossed and scanned the crowd with a predatory stare. I wasn’t qualified to judge, but I got a strong feeling he’d be a formidable fighter if pushed.

His silence was oppressive, and under normal circumstances, I would have attempted a conversation. People usually responded favorably to a cleric, but my dark shirt and white collar were packed away, replaced by more practical winter wear. A thermal undershirt, flannel top, fleece-lined jeans, and sturdy hiking boots had served me well while I tramped the snow-covered pathways in the Basque country. It also worked as a disguise, allowing me to forget I was a priest in crisis with unfinished business back home in San Francisco.

An announcement came through the loudspeaker in Dutch, followed by the same in English, French, and Spanish. There would be another two-hour delay, and free vouchers were offered to anyone interested in a light snack until we were allowed to board.

“Someone will snatch my seat if I leave,” the stranger commented irritably.

“I’ll make sure it doesn’t happen if you’ll get me something to eat.”

He glared at me. “How can I be sure you won’t run off with my things?”

Incredulous, I asked, “Do I look like a hardened criminal?”

“You look like you lost your herd somewhere in the Alps.”

“I’ve been called a shepherd on occasion.”

“Can I trust you?” he asked skeptically.

“I’m more interested in black coffee and a sandwich than whatever treasures you might have in your duffel.”

“I’ll hunt you down if you’re lying,” he warned menacingly. “Is there anything you dislike by way of food?”

I shook my head.

I admired his retreating figure as he walked away. Easily over six feet, he was prepossessing, drawing the eyes of men and women alike as he picked his way through the crowd.

Questioning my ethics was understandable, considering our circumstances, but it set me to thinking about my past. All my life, I’d been judged by my DNA, which, by all accounts, left much to be desired. The man who’d given me life was a masterful liar, and my mother wasn’t equipped to deal with his manipulative personality. She was seduced, impregnated, and subsequently rushed to the altar by her indignant parents. Predictably, Jack Underwood took off when I was three, packing enough clothes for a short business trip. He never returned, and from then on, it was only a question of time before my grandparents convinced my mother to get rid of me.

Leave a comment to be eligible for the giveaway which is a $10.00 Amazon gift certificate you can use to purchase the book when it releases. Cindi and Kazza will choose the winner and send me your information at the end of October. Giveaway open until Midnight US EST Oct 30th. 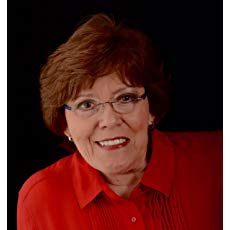 I wouldl ove to read more of this book

I love the excerpt. I’m eager to see what happens next. 🙂

It’s always such a pleasure to have you stop by, Mickie. Thank you for your kind words and for helping us celebrate our 6th year.

Congratulations again on your sixth anniversary! It’s always a pleasure to take part in your celebration. Keep up the good work!

It’s great to have you on, Mickie. That cover is gorgeous and the excerpt is tantalising.

Thank you Kazza and Cindi!

I know it will be intense, but I always enjoy a story set in the Bay Area…

Look forward to reading. Have enjoyed and Ashlings writing for a while

Sounds great, it will be good to continue the series!

While this one isn’t my cup of tea, I will check out the previous books in the series.