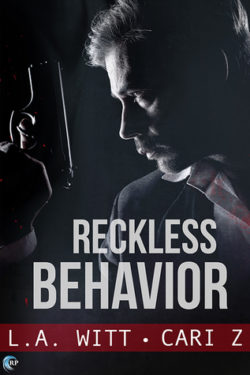 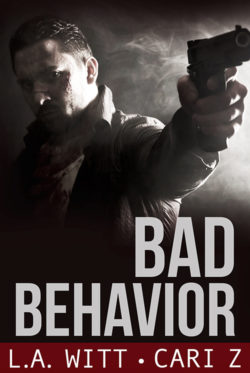 Connect with Cari at http://cari-z.net/  or via her blog, http://carizerotica.blogspot.com/

To celebrate the release of Reckless Behavior, one lucky winner will receive a $10 Riptide credit and their choice in an ebook from each of Cari and L.A.’s backlist! Leave a comment with your contact info to enter the contest. Entries close at midnight, Eastern time, on January 6, 2018. Contest is NOT restricted to U.S. entries. Thanks for following the tour, and don’t forget to leave your contact info!

I love these authors & have had this series on my TBR pile way too long! Thanks for the opportunity & reminder to push it up to the top 🙂

Sounds like a great addition to the series.
humhumbum AT yahoo DOT com

I love stories about cops—ever since I dated one while in the service. Looking forward to reading both these books, whether I win or not. jkenning (at) pobox • com

Congrats on the new release! I look forward to it.
serena91291@gmail(dot)com

Congrats, LA & Cari, and thanks for the post. Oh my, sounds like another great addition to the series. I just got book 1 to start it, so I’ll have to dig right in to catch up. – Purple Reader,
TheWrote [at] aol [dot] com