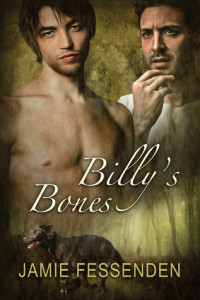 This book contains scenes that some readers may find disturbing and that could be considered triggers for abuse survivors. The author handles these scenes with sensitivity but a few are quite graphic in nature. Keep that in mind before choosing this book as your next read.

Kyrie eleison down the road that I must

the darkness of the

The first time that Kevin Deroacher meets Tom Langois he is thirty-two, newly married and has a baby on the way.  He has also recently tried to hang himself and been referred to Tom, a psychologist, by another doctor after Kevin’s release from the hospital after the suicide attempt. After the initial consult, Tom is convinced he will never see Kevin again as a patient and that prediction turns out to be correct.

When Tom shook his hand and looked into those sleepy, soft hazel eyes for the first time, he was struck not by the pain he often saw in his client’s eyes, but by the confusion he saw there, as if Kevin had no idea why any of this was happening.

Tom has bought a home that has an outdoor hot tub in need of repair.  He is given the name of a local contractor, a “Mr. Fix-It” if you will, to call about the repairs. The name of the contractor is Kevin Deroacher, a name that Tom recognizes immediately as the lost man who had come into his office three years earlier.

Tom debated whether he should call Kevin, feeling he might be violating the professional relationship between a therapist and his client. But Kevin had seen him only once, three years ago.  And it was just to get the goddamned hot tub fixed. So he gave in and called the number.

There is no recognition of Tom’s name but when the two men come face-to-face Kevin remembers Tom well because of his soothing voice during their one and only meeting prior. Kevin is now divorced.  It doesn’t take long for Tom and Kevin to become friends (not therapist and patient), though it is more than obvious to Tom that Kevin never dealt with the issues that caused him to attempt suicide three years earlier. There are nightmares and panic attacks and Kevin does things that he would not do had he properly been treated years earlier instead of abandoning it all.

Kevin doesn’t remember much from his childhood. Kevin doesn’t want to remember much from his childhood. He knows that something horrific occurred when he was a child but he has blocked it all out and has no desire to remember any of it.  However, there are triggers… a song on the radio, the forest, among many other things that most would consider minor.  To Kevin, they force him to panic and to run.  As much as Kevin doesn’t want to remember he knows that he as to or he will never be able to live a normal life.  He is a loner with few friends because he’s never been able to get close to anyone.  That caused the demise of his marriage and has kept him distanced from others.  He remains friends with his ex, Tracy, but even she knows very little about his life before she came into it years before.  Meeting Tom again not only triggers things for Kevin but it makes him want to have a relationship with someone, a man, for really the first time ever. Unfortunately, the time spent with Tom pushes Kevin in a direction that he would prefer not to go.  After a few panic attacks (one violent), Tom encourages Kevin to see his friend and fellow psychologist Sue for therapy.  Seeing Sue is a long time coming but the more his feelings for Tom grow the more he knows that he can’t keep going as he is.  The two have quickly fallen in love but their relationship is not normal in any way.

Kevin can’t be touched. Kevin can’t be kissed.  There can be no sexual contact at all.  Certain smells trigger attacks. A specific song triggers attacks.

“We have this fucked-up relationship that feels almost romantic one minute and like we’re just friends the next.  You don’t want to have sex with me, but you like being naked with me and sleeping in the same bed with me.  I don’t know what to make of it.”

“I can’t think of any way to ask this,” Tom said, “without sounding like I think you’re five years old. So forgive me.  But… you can tell the difference between platonic love and romantic love, can’t you?”

“Then you are saying you want to be my boyfriend?”

This is a hard book to read.  Don’t get me wrong, it is written brilliantly and it is very obvious that the author did a lot of research in order to get Kevin’s problems down accurately.  This is by no means a typical M/M love story.  What Kevin went through as a child is so horrific that I literally had a hard time turning the pages on my Kindle Fire because I knew what was coming next. When Kevin’s memories start coming back I admit to getting teary more than once. One set of memories came back and I got emotional, as expected.  Another set of memories returned and I had a hard time continuing because my heart broke in so many places not just for Kevin and what he was forced to endure but the other party involved.  I’m not going to give it away but this particular scene is why I posted a bright red warning at the top of this review.  You can’t read that without getting angry, disgusted, sad.  You want to reach inside the book and protect two innocents and kill the one who dared harm them.  I’m an emotional reader.  I am also the mother of three sons.  Reading this really affected me as I’m sure it has other readers.

There is no miracle fix for Kevin in this book.  It is a very long road for him to get where he needs to be and even after everything comes back, he still has a long way to go before he is able to get beyond his childhood. His mother is horrible and I found myself cussing her on more than one occasion.  I mention above that this is not your typical M/M love story and I really do need to stress that point again.  This is no happy and roses story. Kevin and Tom do find their happily-ever-after but Kevin’s past life will always be there and Kevin will always be forced to deal with the ramifications of it.  I applaud the author for writing this story real. Sure it’s fiction but I know that there are cases such as Kevin’s in the real world.  Anyone who can read this book and not be affected is much stronger than me.  I finished this book hours before typing this review and I am still strongly affected by it.

There is an interesting set of secondary characters from Kevin’s ex wife and her new man to Sue, Kevin’s new therapist.  His mother plays a large part, as does his late father.  My favorite secondary character, however, is Shadow the dog, who Tom adopts at Kevin’s urging.  Sometimes Shadow seemed to understand Kevin more than any humans could.

As Tom and Kevin’s relationship begins to grow, Tom wants to jump in and try to fix Kevin but at the same time he is scared of what will come out if he keeps pushing.  As a psychologist, Tom is able to surmise early on what Kevin went through as a child because of some of Kevin’s odd behaviors as an adult.  This causes friction between the two men because Kevin wants a boyfriend, a partner, not a therapist.

You aren’t trying to help me. You’re trying to fix me so you can have a normal boyfriend. One who likes to suck your cock and take your dick up his ass! And if I can’t be fixed, then fuck me! You’ll go find somebody else.”

“I do want to fix everybody.  That’s why I became a therapist. Most of the time, I’d argue that’s a good thing, but… well, I guess you’re right about me trying to fix you so you can be my boyfriend. Part of me was probably thinking that if I helped you figure out why you had such an aversion to sex, then we could have sex.”

There is an issue with Sue, Tom’s friend and fellow therapist.  Sue, understandably, feels that Tom should stay far away from Kevin as he was once one of his patients, even if they only met one time.

“You really shouldn’t be seeing a guy you treated.”

“In any event,” Sue said, “you shouldn’t be friends with somebody you’ve treated either.”

“I saw him once, three years ago.  I think we’re well past him thinking of me as an authority figure.”

“Besides, Tom added, “neither of us sought each other out.  Destiny just threw us together again.”

There is much more that I could say in this review but I’m choosing not to.  I do not wish to type any type of spoilers as anything else I say would take away from the story for others.  I will say that this is my first book by Jamie Fessenden and if Billy’s Bones is anything to go by, he has definitely gained a new fan.  Rarely do I find an author who can write a story like Billy’s Bones. It’s honest. It’s brutally real.  It made me want to grab every other book the author has released to date.

All is not serious as there are quite a few humorous moments as well.  Kevin has a warped sense of humor and it shines through brightly.  Even after all Kevin has been through, he is still able to throw out a funny line or two here and there.  He is also quite blunt in describing certain things with an example being how many times he masturbates and how he goes about doing it.  Tom feels that by shocking others Kevin is able to take the attention off of his real problems.  Tom also finds some of these shocking statements to be more telling than Kevin probably wants.

Someone asked me before I started typing this if the door is left open for a sequel.  I will say yes but I want to stress that there is a HEA.  Any future book would (I assume) deal with the relationship as Kevin continues to heal.  I would gladly read any future books about Tom and Kevin on the day of release.

Note that there are warnings posted by the author before you get to Chapter One. I suggest reading those as well as everything else written before the story begins.  Kevin’s suicide attempt (that led him to his initial meeting with Tom) is described later, along with the feelings involved at the time.  Kevin’s childhood memories are described in detail and the reader is not only given a glimpse of what Kevin endured but is forced to feel things along with him as well.  These memories are not pretty nor are they glossed over. Keep that in mind before reading.  There is also an issue that some might find disturbing in regards to Kevin and Tom’s relationship as the first meeting was as patient and therapist.