Behind the Velvet Curtain, Matt Converse 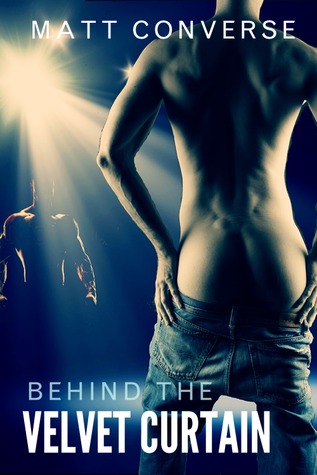 Matt Jaxx is a sexy stripper who develops a fast following, but one of them turns scary stalker. Along the way he way he meets Justin and it’s lust at first sight, both doing things they’d only fantasized about. Right when he seems to have it all, his stalker reappears, revealing his twisted agenda. It’s a fast, fun, sexy, scary ride.

Our main character is a male stripper who goes by the name Matt Jaxx. It doesn’t take long after his first performance for him to develop a quick following and to become very popular with the men who came to watch him strip for tips. He starts stripping part-time but it quickly turns into his full-time gig when he discovers how much money he can make. He’s having fun, the money is good, and who’d have thought he – a formally not-so-hot guy from Ohio – would be getting paid to dance for a bunch of men? The not-so-hot guy from Ohio – who once had acne and other things that took away from his appearance – is now every gay guy’s dream. And he uses that. Oh, how he uses it. He doesn’t get paid for sex, as that’s not his thing, but everything else? Yeah, he’s totally down with that as long as the men are paying. 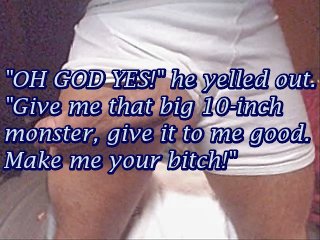 Matt has been doing his thing for awhile when he meets Justin in the apartment building they both live in. It takes a little while for them to hook-up, but when they do it’s pretty hot. Justin is perfectly fine with what Matt does for a living and they gradually grow closer as a couple as time goes by. While performing one night, Matt notices an odd man in the audience. The man looks unkempt and not very interested in what’s going on on stage. The dude is creepy, but seems harmless, so Matt thinks nothing of it… until later. Later is when things get strange and a bit violent with Mr. Creepy. Saying more than that would be giving the story away and it’s only 60-something pages so I won’t spoil it in this review.

The story was interesting. I have a kink for male stripper and/or rent boy stories (though Matt makes it clear he’s not getting paid for sex) so that was a big plus for me. The romance between Matt and Justin was pretty sweet, and at times sexy. The creepy stalker guy was written well, though I wish more details would’ve been added in regards to a few things with him. This is billed as horror, though I didn’t feel that creeped out. Then again, I’m a huge horror reader so I may be jaded in that regard and others may see more of a creep factor than I did.

Overall, a good story. I found Matt to be more than a little full of himself, but I guess that was to be expected after the way his teenage years were described. I adored Justin and liked him more every time he was on page. Behind the Velvet Curtain isn’t very realistic, so don’t go into it expecting it to be. It is, however, a nice quickie read that entertains.

That is the cover BANNED by Amazon! Comet Press had to photo shop sheer black underwear over it to appear on their site for preorder. Barnes & Noble, Kobo, and of course my publisher, Comet Press/Sex Files is keeping the original (hotter!) cover.

I wasn’t surprised (before I read this) to see an edited cover on Amazon. While it looks nice, I have to say this one? Hot as hell. I love it and it’s very fitting for the story. 🙂

My review will go on Amazon on release day. It won’t let me do it before then, unfortunately.

As a cover-lover, that is one hot cover. Freaking Amazon and their prude police. Nice review, Cindi. It’s made even better by those quote GIFS. Mmm, I’ll just hang in here for a while…and look… 🙂

I knew you’d appreciate the cover as much as I did. Thanks (re: the review and GIFs). You know I love any excuse to put Matt Bomer pics/GIFs in my reviews. 😉

Cindi & Kazza–thanks! I love the cover too, it was even my idea. I was surprised they wanted my input, and thrilled with how well it came out. Sexy but classy, too many of them look a little cheesy. The watered down Amazon version isn’t as good. I’m glad when it comes out Barnes & Noble, Kobo, etc. will be showing this cover. And I loved the GIF you put with it, I mean, it was perfect! P.S. One of my friends reaction to the cover was, “By the way, I know that’s you on the cover…” Is it or… Read more »

Mate, come on! You can’t leave it like that. Spill!

Jay–and you know when you use the word “mate” to us Americans, we can almost hear that sexy accent, there’s something about it…

10 inches ^clenches^ “Give it to me!?” I might be chickenshit but think I’d be running while clenching. 😉

Jay–he ran track in high school, so…he’d catch you. It’ll only hurt for the first half hour. Ha.

Thanks, Jay. Anytime I can use Matt Bomer, I’m good. 😉

Hi Cindi,
I thought this might get to you quicker than email. Author Alan Chin ask me: Hey Matt, if you can get permission from OnTopDOwnUnder to repost their review, I can post it on http://glfictionreviews.blogspot.com/ for a bit more exposure. (The release date is Monday, March 2nd.)

Thank you, (And thanks again for being my first ever review as a published author!)
Matt Converse

That’s fine, Matt. He has permission to post my review.

And you’re very welcome. Good luck with your story!

My first review ever as an author. Thanks again. This meant the world to me.

You’re welcome, Matt. I wish you success with this book and your future ones as well. 🙂