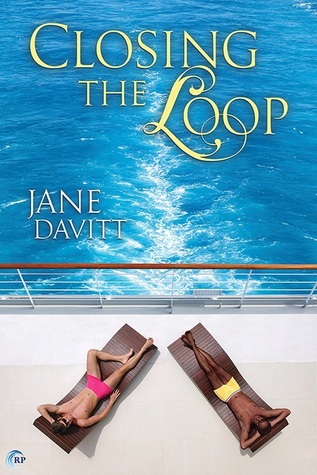 Stop by On Top Down Under on May 28th, when Jane Davitt will be stopping by as part of the Closing the Loop blog tour!

A week on a tropical gay cruise is just what Lee needs after a bad breakup and a Canadian winter. It’s a shame his ex is on board, but Lee is sharing a cabin with Cole, a hot lawyer who—as luck would have it—is actually from Lee’s city. So when Cole unexpectedly awakens Lee’s kinky side, Lee begins to dream that they can actually take their shipboard romance home with them.

But Cole is keeping secrets involving a troubled young man on board the ship. And Lee, after his recent brush with betrayal, finds it difficult to trust Cole when he says Justin isn’t a rival.

Then he learns the truth and is also drawn into the tragic story. His dream vacation is in danger of turning dark, but he’s determined to navigate Cole and himself to a safe harbor before their blisteringly hot romance is lost at sea.

Lee, a travel agent, has planned a nice, romantic cruise with his boyfriend of three years, Ryan. Everything is booked and paid for and all they have to do is show up and have fun. All of this seems well and good until Ryan’s true colors come out a few weeks before they set sail and a nasty breakup occurs. Only hours before, a handsome man had shown up at the agency where Lee works to try to get on the same cruise, which just happens to be a gay cruise. Unfortunately, it’s sold out, but Lee puts him on the waiting list, just in case someone cancels. 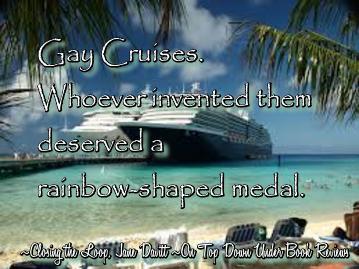 Ryan, being the jerk he is, insists on going on the cruise anyway. He has tickets in his name and he won’t be missing out on the free vacation. This causes a dilemma for Lee because he has no desire to spend a week in the same room as his horrible ex. With a bit of help from his coworker, he manages to upgrade to a much more expensive cabin that he will have to share with another passenger. That passenger just so happens to be the hot man who had come to the agency hoping to get on the cruise weeks earlier. That man’s name is Cole.

Cole, an attorney, is more than a bit surprised when the man he’d met at the travel agency shows up inside his cabin on the ship. They decide to make the most of it. Lee wants Cole really bad. Cole, on the other hand, is more than a bit stiff and aloof. Eventually, they kinda/sorta work out an understanding.

I liked Lee okay early on, but he came across as being more than a bit needy and pushy when it came to Cole. I get being a bit forward, but he bordered on silly sometimes. As for Cole, I’ll admit to not liking him at all throughout the first half of the book. Not only did he come across as outright rude about everything, but he didn’t exactly go out of his way to be kind to Lee at all.

There’s also another man on the ship who Cole seems to know well. As long as Lee doesn’t acknowledge Cole while he’s speaking with the much younger man, all is well. If Lee dares even glance his way while he’s with him, he’s put in his place quickly and rudely. That really bugged me for a bit, but once I found out the stranger’s story, I felt somewhat better about the situation. It didn’t excuse Cole’s rudeness (by any means), but I guess I understood things a bit more. 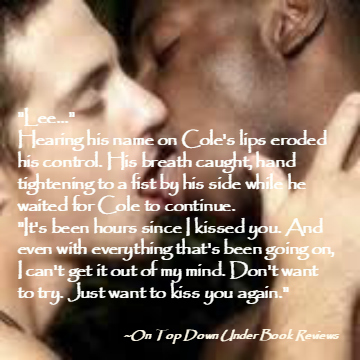 Cole and Lee are both attracted to each other and it doesn’t take long at all before they’re falling into bed together. Cole helps bring out kinks that Lee didn’t even know he had and that spices up things a lot. From spanking to being bossy, the sex was hot. It looks like they are working toward something that might possibly go beyond the week of the cruise. Cole eventually opens up to Lee about the other man on the ship and things are starting to move in the right direction. That is, until suddenly they aren’t. Something happens that changes everything.

I really can’t say more than what I already have or I’ll be giving the story away. I will say that I was not sure about this book in the first half. I was not a fan of either main character and while the sex may have been hot, the relationship was not – to me anyway. The second half of the book changed things for me and I’m glad for that. I still got a bit miffed with both Lee and Cole more than once, but the ending made up for it. I can’t say that I ever truly loved either one, but their relationship did come together nicely.

Overall, a nice read. While I may have had issues early on, I ended up really enjoying the story once everything came out (the secrets in regards to the stranger on the ship) and when everything came together for these guys.

This book was provided by Riptide Publishing in exchange for a fair and honest review.

The spanking was pretty hot and it was done while Cole was wearing leather gloves. I loved that part of the book. 🙂