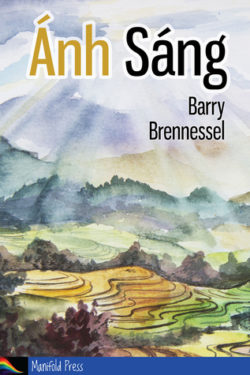 When his father leaves Thái Nguyên City for the northernmost reaches of French Indochina, Bùi Vân Minh must shoulder new responsibilities to help keep the family afloat. His mother’s blindness and his uncle’s caustic personality add to the young man’s challenges.

A chance meeting with a captivating youth, Ngô Công Thao, throws Minh’s life off-kilter in a most exciting and confounding way.

The young men soon discover their feelings for one another transcend mere friendship. But the struggles under French colonial rule and the effects of the Great War alter their lives to a degree they never could have imagined.

This novella expands and significantly develops a story that first appeared in our highly acclaimed anthology A PRIDE OF POPPIES. The author’s screenplay adaptation of the story received an honourable mention and was a finalist in the 15th annual American Zoetrope Screenplay Contest, judged by Francis Ford Coppola, and also won the Best LGBT Feature Screenplay category at the New Renaissance Film Festival, Amsterdam 2018.

I first reviewed Ánh Sáng as a short story in the WWI anthology A Pride of Poppies. It was the only story not set in Europe and I hoped for a longer story about Bùi Vân Minh and Ngô Công Thao, two boys who first met when they were twelve. Who continue to meet and develop feelings for one another over a number of formative years, through various circumstances.

On the boys’ first encounter, Thao is liberating a pig, one he’s named Napoleon. Minh wonders how someone can name a pig, and how he can cost his father money in such a manner. But this boy, Thao, has such an energy and enthusiasm about him. Something that Minh is drawn to increasingly.

Minh had been struck by how often Thao smiled. No one seemed to smile much any more. Not even embarrassed smiles. Everyone went about like walking statues.

Initially, Minh’s father makes do living at home, but when the opportunity arises he leaves to work on the railroad the French are building. As first his wage is a godsend, but as time passes the income becomes increasingly sporadic, amounts sent home seem to reflect the distance and time spent away from his family. Because Minh’s mother is blind, it limits how long Minh can be away from her – gathering, eventually working.

Both of the MCs are gentle boys, very easy to like, and Minh is a lovely narrator. As Thao granted freedom to Napoleon, Minh finds a ladybeetle that has landed on him one night. He can’t bring himself to hurt the insect. He wants the ladybeetle to have the opportunity to live out its short lifespan in its own way. Something the boys both inherently seem to have in common. You can’t help but draw comparisons between Minh and Thao’s individual behaviour to them living in an occupied land, wanting to be given a chance at freedom. Extending that freedom to other living things.

Minh’s life is a difficult one, not a lot of food to eat, mostly subsisting on forest soup – boiled weeds – rent to pay to a profiteering uncle, public executions of locals by the French. All of this is topped off by surreal annual trips for his birthday to Madame Lefèvre’s villa, a French woman who once employed Minh’s mother before she lost her sight. She has a strange connection as she helped deliver Minh on the street, cutting his umbilical cord. Her son’s friend, an Annam (Vietnamese) boy, saved her son from drowning, giving his own life instead. Everything, and on a daily basis, is about French lives being superior to that of the people in a country they’ve colonised.

One phrase from the woman Minh was able to discern just before her voice faded: ” … comme les Annamites.”
Minh wondered which word came before. Lazy? Dirty? Disgusting?

“Don’t waste my time!” the soldier shouted. “What’s your business here? Do you speak French? I don’t speak your damned tongue. God, how I wish you people, and that goes for all of you in this room, would get it through your heads how much easier your lives would be if you spoke French instead of monkey.”

While the hard times are obvious, there’s also a story of family. Minh loves his mother, and he was very close to his father, but as his father stays away longer and longer Minh is more frustrated and hurt. Thao has an angry father who beats him for his different ways, but Minh is the narrator and you don’t get to spend time with Thao when he’s not in Minh’s company. There’s also their sporadic childhood friendship and connection, the feelings that develop between the MCs as they grow into older teens. This book is genre fiction, not MM, but I found the love between Minh and Thao to be poignant, believable, beautiful. It softened but sharpened the stark realities of the time. It’s complicated to be unsure of your place in the world, even more so when you’re same-sex attracted in the early 20th century.

He’d been noticing boys in this manner for the last few months. Confusing. Guilt-inducing. Exciting. Terrifying. Titillating. Whatever the trigger, when Minh studied this boy, he felt a tingle in his stomach, a flutter in his chest, and warmth as strong as sunlight throughout his body.

It’s also incredible, magical, to find someone special who shares your feelings. Someone you’ve always thought was beautiful.

“Thao … ”
Thao undid the remaining two buttons and slipped the shirt off. The sunlight fell on his smooth skin. He looked up at Minh. “Please. If … if I’m wrong about … something … just leave and never come back. And if you … just please, leave me to my life. Don’t report me.”
“I don’t understand,” Minh said.
Thao reached down and took hold of Minh’s wrist. He drew Minh’s hand to him, then guided Minh’s fingertips to stroke the length of his chest.
“I watch your eyes,” Thao whispered.
Minh’s mouth went dry. He parted his lips, to speak, but the words caught in his throat.
“Am I wrong?” Thao asked.
Minh shook his head.

Ánh Sáng is perfectly named. When translated to English it means light. Minh uses it as a prayer for his mother, hoping she’ll no longer be blind so she can again see the light she very much craves. The light is also a balm needed for his love of and relationship with Thao.

There’s a lot of meticulous research that has gone into this novella. Ánh Sáng is heartbreakingly honest. It’s fiction that deeply immerses the reader in the period. It’s perfect – the tone, the language, the colonial mentality, the confusion and worry at being same-sex attracted and the joy of finding it reciprocated. The period the book is set in was terribly tumultuous – the people were already subjugated by the French. Add WWI and that a third of the people sent to fight in Europe on behalf of the French were killed. Then a local uprising, a hoped for liberation headed by Lương Ngọc Quyến in 1917, was bloody and short-lived.

This book broke me, I still remember Minh and Thao from the anthology’s short story. Now, after this extended novella, I swear I’ll never forget them. I finished Ánh Sáng with tears steaming down my face. If that isn’t leaving

an impression on a reader, I don’t know what is. It’s sublime writing, so authentic and beautiful. So many feelings for Minh and Thao. For the time and place and events that conspired against people trying to do what they could with the odds stacked against them. And harsh feelings for the people who believed they had the right to colonize. To create a complex and painful reality for others. I’ve said it before and I must reiterate it again, Barry Brennessel knows how to write innocent and tender love juxtaposed against a tough time, particularly first love. He has an ability to write characters that speak to me on a visceral level, just like Minh and Thao did. For all the reasons I’ve outlined in this review, more I can’t fully articulate, 5 Stars!

[…] buy link “It’s sublime writing, so authentic and beautiful.” Review by Kazza K, On Top Down Under book reviews with […]

[…] Barry Brennessel knows how to write innocent and tender love juxtaposed against a tough time, particularly first love. He has an ability to write characters that speak to me on such a visceral level … The novel ANH SANG reviewed by On Top Down Under […]

What a beautiful review. I remember well how much you loved the shorter version of this story in A Pride of Poppies. I also know how much you love this author’s work. Your review tells so much yet it doesn’t give everything away. It says a lot about an author when they can suck a reader in so much they’re feeling the emotions you felt as you read this.

Thanks, Cindi. Yes, I do love Barry Brennessel’s writing, he has such a way with words. Yes again, I loved the original short story and now the extended novella. I agree, the best writing always elicits strong emotion.