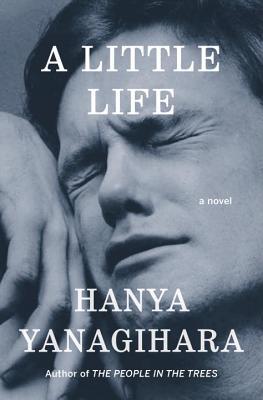 Purchase At:  amazon.com (Treed Book Only)

Brace yourself for the most astonishing, challenging, upsetting, and profoundly moving book in many a season. An epic about love and friendship in the twenty-first century that goes into some of the darkest places fiction has ever traveled and yet somehow improbably breaks through into the light. Truly an amazement—and a great gift for its publisher.

When four classmates from a small Massachusetts college move to New York to make their way, they’re broke, adrift, and buoyed only by their friendship and ambition. There is kind, handsome Willem, an aspiring actor; JB, a quick-witted, sometimes cruel Brooklyn-born painter seeking entry to the art world; Malcolm, a frustrated architect at a prominent firm; and withdrawn, brilliant, enigmatic Jude, who serves as their center of gravity. Over the decades, their relationships deepen and darken, tinged by addiction, success, and pride. Yet their greatest challenge, each comes to realize, is Jude himself, by midlife a terrifyingly talented litigator yet an increasingly broken man, his mind and body scarred by an unspeakable childhood, and haunted by what he fears is a degree of trauma that he’ll not only be unable to overcome—but that will define his life forever.

In rich and resplendent prose, Yanagihara has fashioned a tragic and transcendent hymn to brotherly love, a masterful depiction of heartbreak, and a dark examination of the tyranny of memory and the limits of human endurance.

There is only one thing wrong with this book and it’s the BLURB and if it was changed it might attract way more readers.

OK I just had a major issue with that and now it’s over, but I’ll explain why later.

A Little Life is quirky title for such an enormous novel because it’s of it’s multi faceted style. I literally just finished it and it blew me away.

This really is quite an incredible, all round and well rounded novel.

It’s solid writing and well established main characters (four in all) that are all vulnerable but some way more so than the other to a huge degree, who are then laid bare placed raw and naked on that non linear time line which basically starts towards the end of college/university then travels forwards and backward along that line. Ripping their pasts wide open and wrenching your heart out as they grow older. So you might say, OK so what. The beauty in this book is watching how they do this, or better yet keep side stepping it.

Hanya Yanagihara then starts weaving incredibly intense POV’s from each character seamlessly into the mix, which is no easy feat either while adding a larger, more stable secondary character base around each person which builds rapidly as they progress onwards to begin their careers and what an excellent choice of character’s they all become too, as they help shape the futures of the four young men.

Just as you’re watching this amazing story evolve Hanya Yanagihara grabs an old Barmix and literally jams it into your brain and sets it to high. There will be tears and I fell like I have been pulled through a hedge backwards. This story doesn’t stick with you for days, it gets stuck inside you like water and sand from a day at the beach and there’s just some places that sand manages to get into that you can’t believe possible and yet somehow I have sand on the brain, and I can’t get it out.

It’s extremely, emotionally distressing and sets off just about every  TRIGGER WARNING I can think of. Be prepared for that because it gets intense, but on the same token if you’re not triggered by child molestation, rape, self harm, physical and mental abuse then pick up a copy now. These are not things I condone but they are done properly to get an important point across and it makes for a huge part of the story, actually it becomes the story’s base line.

I saw someone else mention that it ends up becoming a Jude St. Francis’ book in the end and I have to agree, he’s one of the four main characters.

So the lives of four rather innocuous men, who are also best friends, living in New York are just finishing up extended long degree’s. Law and Math mainly. They slowly begin to spring to life and it’s so well done it’s almost akin to reading an autobiography about one of them. It’s that well written you feel like you have been taken into the book with them as it follows them on into their 50’s but also has excellent background pieces on them too, so you almost go 25 years with these guys in both directions. Yet it’s not chaotic. I can hate that as it’s one nasty trap that is easily messed up, but not in this book

I don’t want to say too much more except that I think it’s excellent and could quite possibly be considered a contemporary tragedy. I would be surprised if this get selected for English Lit. classes to pick apart in the next 10 years or so.

I also think that the blurb is a huge mistake, possibly written by a P.R creature inflating the author and leaving behind a weak, rather hugely misguided representation of the content and entire context of the book. I feel more people would pick it up if it wasn’t written to sound like hero worship of the author, Hanya Yanagihara. If you ever read this, I hope you understand what I’m saying. 5 Big Shiny Stars.

I have to agree with you, Paul. I cannot stand it when they talk the author up in the blurb. It’s far better to leave that decision up to the readers.

Thank you for your review of such a complex and intense book. Love it 🙂

What a great review, Paul. As intense as the book seems to be, I can tell that it would be one I’d really enjoy.

I second what you and Kazza said about the blurb.

Thanks for your replies Kazza and Cindi. The blurb is an utter disgrace and if I hadn’t read review of other friends, of whom I highly respect and their opinions of excellent literature, I doubt I would have touched it!
I’m so glad I saw their GR reviews or I would have missed out on one seriously, spectacular piece of writing. That blurb has got to go.

Your review is stunning Paul, thank you. I’m off to buy it now, the triggers could be a problem, but it sounds like something I need to read.