Interview and Giveaway: From The Ashes, Kayla Jameth 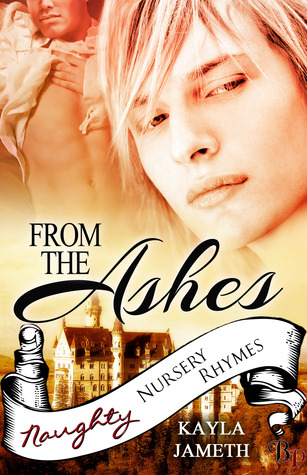 INTERVIEW AND GIVEAWAY WITH KAYLA JAMETH

Today we have an interview and a giveaway with author Kayla Jameth.  As a matter of fact, when we first threw it out there that On Top Down Under was having its 1 year blog-versary, Kayla Jameth was one of the first authors to offer to join in the celebrations. I think it would be nice to get to know Kayla a bit more first of all. So, Kayla, spill to our lovely OTDU followers.

OTDU: First of all, tell us a bit about yourself Kayla. When you aren’t working or writing are there any hobbies, favourite past-times? Any secrets we should know about, you know, just between us book lovers?

Kayla: Me? Secrets? Well, there was that time… But I don’t think that was what you had in mind.

My hobbies are rather domestic, which is a bit strange, if you know me. I like to embroider, do counted cross-stitch, and sew costumes known as garb. Not what you might expect from a tomboy like me.

I can also bale hay, make maple syrup and weld, but that isn’t exactly a secret.

OTDU: Who do you think influenced your writing? Or at least got you hooked on reading.

Kayla: I’ve always liked to read. My dream house has always featured a library. In fact, I probably have as many hard copy books in my library as I do on my Kindle.

After I developed an interest in yaoi, my friend Sara turned me on to the pleasures of slash fanfic and m/m romance.

When did you know definitively that you wanted to write?

That’s a little trickier to answer since I never decided to be a writer, I just sort of fell into it. Kind of like a trap, now that you mention it.

My friend Sara and I were reading a lot of fanfiction, and I was bewailing the lack of decent Samurai Champloo slash. I foolishly said that I could do better and she insisted that I try. It’s called Infinite 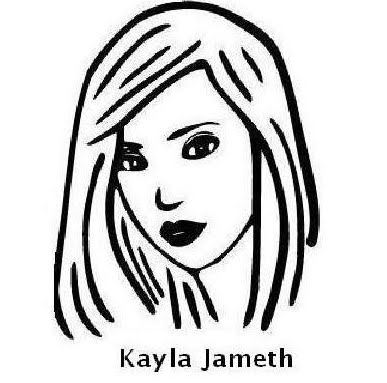 Infatuation and you can find it and my other My Free Online Slash on AdultFanFiction.org. Or the updated, but not finished version of Infinite Infatuation  along with Controlled Fall on my blog.

I also post a lot of sexy men photos on my Facebook page. Several authors commented on what good inspiration they were. I started posting more and challenging them to write stories to go with the photos. Well, I couldn’t very well ask others to do what I wouldn’t so I threw some stories together.

All along the way, I insisted that I wasn’t an author; I was just a writer. Yeah, I know… Semantics, but I didn’t consider myself to be an author.

Later, a publisher read some of them and when he needed a story to fill out an anthology asked me for one of my short stories. So I found myself in the unexpected position of calling myself an author.

OTDU: I know you as an author of M/M romance. What got you interested in writing gay romance?

I got hooked on yaoi, then m/m romance by extension. Like I said, I just sort of fell into it.

Sara wanted my help with some of the slash fanfic she was writing. So I had already gotten my feet wet so to speak even before she challenged me to write my own.

Once I started with the photo challenges, I liked the problem solving required to get my characters into a plausible situation that would result in the scene depicted.

OTDU: I have heard that you write in other genres. Is this true? Tell us a bit more about them if you would.

Kayla: Well, I wrote a science fiction story in high school. But it was a very long time before I wrote anything else.

I have written a Samurai Champloo slash, a BL story set in the Amazon rainforest, a Cinderfella, several contemporaries, and I’m working on Apollo’s Men a series set in ancient Greece. So several subgenres, but not really separate genres.

As an adult, I’ve pretty much stuck to variations on the m/m theme.

OTDU: From the Ashes is a retelling of Cinderella. Both Cindi and I have read this book and enjoyed it – we do love a fairy tale. What made you write an M/M retelling of this timeless fairy tale? (Review Link)

Kayla: Thank you! I’m glad you did.

My friend Linda Reilly told me about an open call for m/m fairy tales. I remember thinking, “Yeah, right. Who wants to read anything written by me?”

But the seed was planted. I thought about all my options, and a Cinderfella gave me the most plausible set- 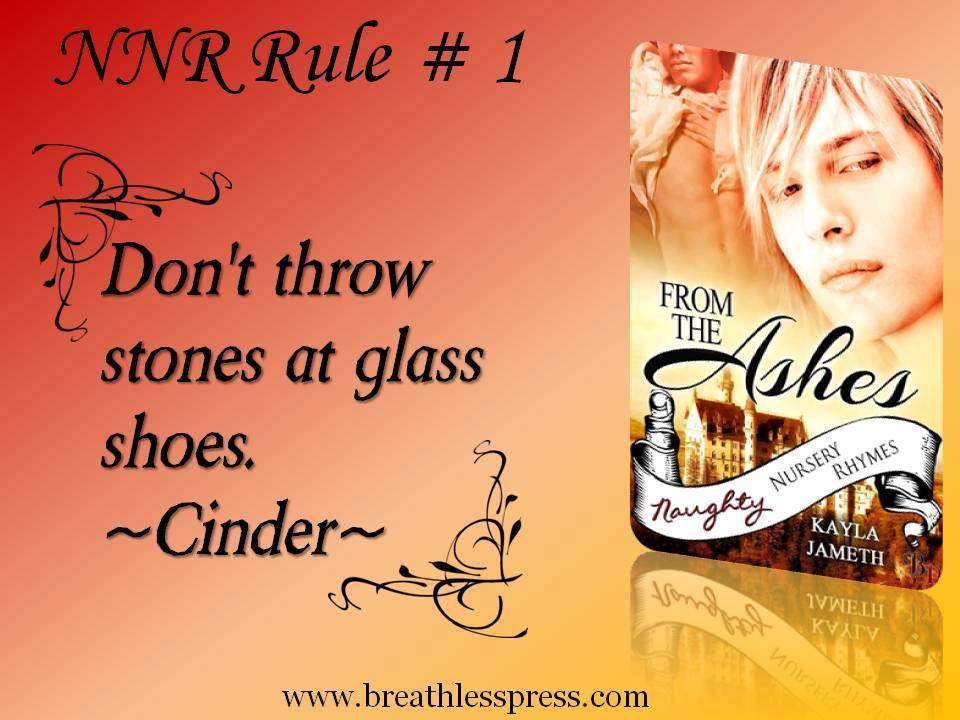 up. Of course, once I had conceived of Cinder, he wouldn’t leave me alone. I wrote the first half of the original draft in one night. When I insisted on getting some sleep, I must have pissed him off because it took me the rest of the week to drag the story out of him.

By the time I finished, I had missed the call. But no biggie.

About two years later my publisher Breathless Press had a Naughty Nursery Rhymes call. So I pulled Cinder out, dusted him off and doubled the word count. And just like the phoenix, he rose From the Ashes.

OTDU: Do you currently have any works in progress? If so, we would love to hear about them, so please spill to OTDU.

Kayla: I am currently working on my series Apollo’s Men set in 5th century BC Greece.

Alexios’ Fate was the first story in the series. Some readers felt it contained unresolved issues because let’s face it, it’s a series so I couldn’t fix everything in book 1.

I immediately set about writing book 2 (it’s untitled) to begin resolving one of the biggest issues as far the readers were concerned. I was about 1/2 way through with the MS when I received a call for an anthology of historical short stories (Lust in Time). So what did I do?

I wrote a short story entitled 496 BC. It is Alexios’ Fate 1.5 and told from Galen’s POV. He deserved to tell his side of the story. And boy did he!

Then of course, I went back to work on book 2. I even had the vague outline for book 3, A Spartan Love. About 2/3 through the MS (Are you sensing a theme here?), I realized that A Spartan Love takes place before and a bit concurrently with book 2. So I started on A Spartan Love.

But there was still one unfilled spot in that anthology. A short story about how Theron and Andreas from A Spartan Love first got together formed. No matter what I did, I couldn’t keep Taming Theron under the 7K word limit. I chopped all over the place, but it felt like it had taken a hatchet to it. Finally, I gave up and made it into a novel.

Now (Finally!) I’m working on A Spartan Love. I’m about 2/3 through with this MS. But don’t worry, I won’t be switching gears. Because of how Taming Theron ends, I have to have A Spartan Love ready to release soon after Taming Theron. I don’t plan on subbing them separately.

Then I’ll get back to that poor unnamed MS. So I actually have three books written or nearly written and getting close to being subbed.

I also have a vague outline for an untitled book 5. Then I have a couple of contemporaries I really want to work on.

OTDU: Thanks so much to author Kayla Jameth for joining us today, and also for the great giveaway.

Kayla: Thank you for hosting me!

One lucky person will have the opportunity to win Kayla’s e-book From the Ashes. (Review Link.)

All you have to do to enter is leave a comment below and you’re automatically in the draw. Comments must be submitted prior to midnight (US) Eastern Standard Time on Sunday, October 6th, 2013. The winner will be drawn from a bowl by Trudy, Kazza K’s excited and impartial Jack Russell, and the winner will be notified by email Monday, October 7th.

Thank you for stopping by, and good luck!

*******GIVEAWAY CLOSED NOW. CONGRATULATIONS TO CASSIE, THE WINNER OF FROM THE ASHES*******

That is a pretty cover. Put me in please. Thanks. 😀

Congratulations on your one year anniversary. Thank you for hosting me today.

Thank you, Jana! I rather like the cover too. Cinder is so pretty.

Thanks for taking part, Kayla, and the giveaway is a bonus! I agree, that is a lovely cover.

Thanks for sharing our anniversary celebration, Kayla! 🙂

(I totally love the cover)

It’s one of those books where we have both read it. Rare day for us!

That cover looks good on the home page 🙂

That’s exactly what I was thinking.. that you and I read it (that’s so rare!) I have a special place for fairy tale stories. I really enjoyed this one. 🙂

The cover looks amazing on the home page.

You’re in, Blaze. Nice to see you back 🙂 Good luck!

I would love to enter. I love giveaways! 🙂

I agree, Cassie. You’re in!

Pick Me! Pick Me!

Also congrats on the blog-versary…one year down, many more to come!!

Thanks, Toni. Actually I have a Jack Russell to wake up 🙂