Broke Deep is the story that refused to sit down and take no for an answer, a tale that waited patiently in my works-in-progress folder for a setting and a context to do it justice. When the Porthkennack universe opportunity came along, Broke Deep bounced into my mind like the most insistent plot bunny, saying, “That’s my home! Write me there!”

A story in search of its location…

Every couple of years we go on holiday to Jersey, the biggest of the Channel Islands. We love it. For a small island, just five miles by nine, it has a huge range of locations. Stunning clifftop walks, headlands, long sandy beaches, little coves, lush valleys and dramatic headlands. And everywhere the lush flowers and lovely local granite buildings. Unbelievable how much stuff one place can cram in and still have plenty of places where you can enjoy some solitude – but before I start to sound like a travel agent, I’ll focus on the fact that every time I visit there I get the urge to write. The second Cambridge Fellows book is set on the island but that didn’t write the place out of my system. Six years ago, I was inspired to produce a contemporary story set in the rugged north of the island.

At a similar time I came across a map marked with the many shipwrecks that have happened off Jersey’s coast. I knew that ships had to come into my story, and as I began to write I also knew that dealing with a parent with dementia had to come into it. Because, much to my surprise, I discovered that Morgan – the first of my characters to come into being – had a mother afflicted by the problem, as mine had been. I wrote like stink, making remarkable progress with the tale, until I started to hit problems. You see, although Jersey is a crown dependency of the United Kingdom it isn’t governed in the same way, the same laws don’t quite apply and all sorts of everyday things (like the provision of health care) are quite different.

So began an exchange of e-mails with some very helpful people in the Jersey government who answered all sorts of daft questions like, “Do you have a dial 1471 caller identifying service?” They didn’t at the time, and that was just the start of identifying various things that would have to be changed to be in line with everyday Jersey life. In the end, it became too difficult, and the story stalled. I got it out on occasions over the next four years, tinkered with it, changed the POV, tinkered again, but it couldn’t be rescued.

Two years ago I was asked if I’d like to take part in the Porthkennack project. One look at the map and I thought “Yes!” Cornwall has a coastline not unlike the north of Jersey, it too has seen shipwrecks, and it had the great advantage of not needing little details researched or changed, so out came the poor little neglected WIP and suddenly it had found its true home! All the bits where I’d got stuck I got unstuck and “voila!” I had a whole story – the story which is Broke Deep. 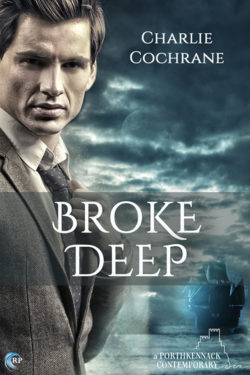 Morgan Capell’s life is falling apart by small degrees—his father’s dead, his boyfriend dumped him, and his mother’s in the grip of dementia. His state of mind isn’t helped by his all-too-real recurring nightmare of the wreck of the Troilus, a two-hundred-year-old ship he’s been dreaming about since his teenage years.

The story of the Troilus is interwoven with the Capell family history. When amateur historian Dominic Watson inveigles himself into seeing the ship’s timbers which make up part of Morgan’s home, they form a tentative but prickly friendship that keeps threatening to spark into something more romantic.

Unexpectedly, Dominic discovers that one of the Troilus’s midshipman was rescued but subsequently might have been murdered, and persuades Morgan to help him establish the truth. But the more they dig, the more vivid Morgan’s nightmares become, until he’s convinced he’s showing the first signs of dementia. It takes as much patience as Dominic possesses—and a fortuitous discovery in a loft—to bring light out of the darkness. 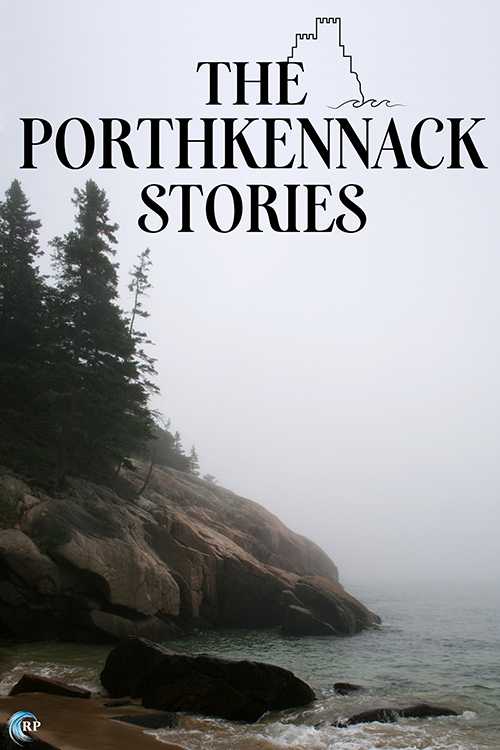 As Charlie Cochrane couldn’t be trusted to do any of her jobs of choice—like managing a rugby team—she writes, with titles published by Carina, Samhain, Bold Strokes, MLR and Cheyenne.

Charlie’s Cambridge Fellows Series of Edwardian romantic mysteries was instrumental in her being named Author of the Year 2009 by the review site Speak Its Name. She’s a member of the Romantic Novelists’ Association, Mystery People, International Thriller Writers Inc and is on the organising team for UK Meet for readers/writers of GLBT fiction. She regularly appears with The Deadly Dames.

To celebrate the release of Broke Deep, one lucky winner will receive a goodie bag containing postcards, a notebook, a tea towel, candy and more, all from Charlie Cochrane! Leave a comment with your contact info to enter the contest. Entries close at midnight, Eastern time, on June 10, 2017. Contest is NOT restricted to U.S. entries. Thanks for following the tour, and don’t forget to leave your contact info!

That’s incredibly brave of you sharing the story of your mom. And regarding the delay of writing the book, “Everything at the right time & the right place.” has never been more true, right? 😉
mushyvince(at)gmail(dot)com

In this case it was spot on!

More about the fascination of Cornwall and the facts behind why Broke Deep was a story in search of a location. – Charlie Cochrane – Mysteries with a dash of slash, romances with just a pinch of spice

[…] Book Reviews and More. Then you can drop by On Top Down Under and find out exactly why Broke Deep had a storyline before it ever had a location and how the Porthkennack project came along just at the right […]

I’m glad you were able to rescue your abandoned WIP!
legacylandlisa(at)gmail(dot)com

Congrats and good luck with the book release!