Blogversary Author Post & Giveaway: Behind The Story of Us, Barbara Elsborg

.
I’ve never set out to write a story that went into detail about a teenager’s life until I wrote The Story of Us. Anyone familiar with my books will know I tend to give my characters difficult back stories. When I started to write The Story of Us, it quickly became clear I needed to do more than give a few details of what life was like for Zed and Caspian as teenagers. Their stories needed, asked, begged to be told in full. I wanted the reader to understand what they went through, root for them to survive, make their hearts beat faster when disaster struck.

Both boys are abused, neither of them sexually. Zed’s father beats him. The idea of any parent being so cruel to a child is difficult to stomach, let alone to write. I put myself in Zed’s position, thought how terrified he must have been, how desperate he must have felt. I had a miserable time in my teens but nothing compared to what these boys suffered.

Caspian is psychologically abused. What happens to him was even harder to write. I didn’t plan it. I write organically so it’s always a bit of a surprise to me to see what will happen. I thought of one of the worst things someone could do to someone else and let it happen to Caspian. I have to admit I cried for him. I’m not sure many boys would have had his strength.

Fleshing out the villains—well they are always more fun to write than heroes in a way but the bad guys in this story turned my stomach. Knowing that eventually they’d get their comeuppance made it easier for me to delve into their terrible behaviour. More difficult was redeeming one character in particular who did a despicable thing. But I wanted at least one person to make up for what they did. Not sure he ever truly could, but at least he took steps toward redemption.

In this story I show that child abuse is about more than bruises and broken bones—terrible as they are. Emotional abuse leaves its own scars. Abused children can find it difficult to trust people later on in life. Relationships can be tricky. They feel they’re worthless because that’s what they’ve been repeatedly told. They find it difficult to regulate their emotions. I was able to explore some of those issues in The Story of Us. It was a new experience for me, coming to terms with how my characters become the guys they are.

I thought I’d never written a NA story before and yet when I look back to my teenage years and the hundreds of stories I wrote then, all NA, I somehow feel they were all leading to this book. All my stories have a happy ever after and this one is no exception. From the moment Zed and Caspian meet they recognise in each other someone who cares. A friendship is born. One that will last forever. In that at least, they are lucky. 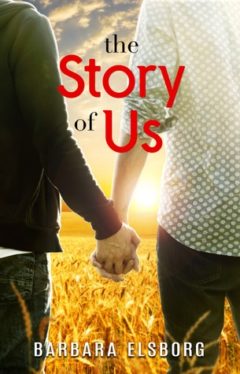 The first words Zed says to Caspian, and the first time someone has cared about the answer. On a hot summer’s day, the lives of two boys are changed forever. A rebel and a risk taker, Caspian doesn’t give a damn for the consequences. Studious and obedient, Zed is the good boy who is never good enough.

The two couldn’t be more different, but there’s one thing they share, a need to belong to someone who understands them, someone who cares. Their friendship goes deeper than either can possibly imagine. They’re young, in love, and planning their future when an act of betrayal tears them apart.

Fate deals its hand. Seasons pass. Zed’s words follow Caspian through pain, fear and into the darkest of places. Friendships can last a lifetime, even when the world conspires to crush them. But this is more than friendship. This is love and they’re not going to let it slip through their fingers.

The Story of Us is a tale of love and survival, and the triumph of good over evil against the odds.

The Story of Us is a new adult contemporary romance. It deals with family and social issues, violence and cruelty to children but not sexual assault, sexual situations, and has dark elements and suspense. The events and locations are a mixture of real and fictional. The characters are fictional.

For the giveaway, Barbara Elsborg is offering one winner a choice of one of her back catalogue e-books. The winner will be drawn after midnight, Oct 28th US EST and will be contacted within 24 hours – please contact us within 48 hours or another winner will be picked (check your spam folder.) Thank you for taking part and good luck! 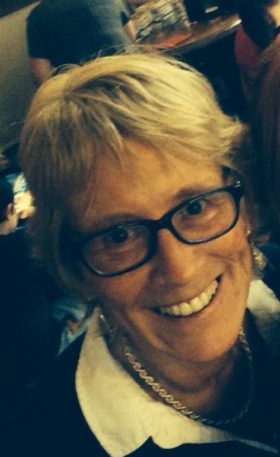 Barbara Elsborg lives in Kent in the south of England. She always wanted to be a spy, but having confessed to everyone without them even resorting to torture, she decided it was not for her. Vulcanology scorched her feet. A morbid fear of sharks put paid to marine biology. So instead, she spent several years successfully selling cyanide.

After dragging up two rotten, ungrateful children and frustrating her sexy, devoted, wonderful husband (who can now stop twisting her arm) she finally has time to conduct an affair with an electrifying plugged-in male, her laptop.

Her books feature quirky heroines and bad boys, and she hopes they are as much fun to read as they are to write.

Can’t wait to read this book! I can already see myself with tears streaming down my face. But that’s just how I like it. lololol 😉

It does seem to make people cry! I think my heart has been hardened. This one is less tear jerky to me than others I’ve written!

I counting down to the release date. I’m convinced I’ll need Kleenex but I don’t care.

LOL – you probably will!!

I am looking forward to reading this one. Great post!

This looks like such an emotional read. Kazza and I discussed it in the background while she was reading it. Not much gets to me more than watching a child suffer. As parents we’re supposed to love and support our kids unconditionally. I know the story is fiction but I also know the abuse is all too common in the real world. It’s heartbreaking.

Thank you, Barbara, for stopping by to help us celebrate our 6th year and for the great giveaway.

Looks like an awesome read! Love the LQBTQ communtiy

Sounds great, I am recently adding YA & NA into my library.

Thanks for commenting, AnnMarie!

Congratulations to Gabriella, the winner of this giveaway.

Thank you so much! 🙂